This scenario is by no means comprehensive…

As we know, Smallpox and Covid are VERY different. Even though you might not be scared of a Pox outbreak, keep in mind that over 90% of the people around you will be terrified simply because they believe what they’re told and are fast asleep. Additionally, there doesn’t even have to be an actual Smallpox release for TPTB to get the reaction they want.

Their biggest mistake with Covid (or a trial run) was allowing people to prepare and labeling certain businesses as “essential”. IF I WERE THEM and I really wanted to do the job this time, I would give no time to prepare, immediate announcement and lockdown; where you are when the announcement comes is where you would stay for the duration. If you live out of state, you’d be SOL, if at work, you’d be sent home immediately. All stores and businesses would be closed.

If you look at Australia, it is a template for things to come, but still has some movement. There won’t be any movement with Pox. State Governors will likely have to go along with federal mandates; the difference being that Covid had a light mortality rate, not so with Pox, which is easily 50%. The Governors might not have much choice in the matter this time around. This is not to say that people would not rebel.

Once all are locked down for a time, the FORCED vaxxes begin. Although most of us over about age 55 were vaxxed as children, the claim will be that the immunity we once had is no longer conferred, due to the time factor AND it’s likely that IF there is a real release or not, we will be told that this Pox is stronger than what was found in nature all those decades ago because it has “evolved”.

You will literally starve to death this time without a vaxx passport, so the impetus to take the jab will be much, much stronger. What’s actually in the Pox jab of course will be unknown.

I’m NOT saying it will happen this way BUT, IF I WERE THE EVIL PLANNING IT, this is what I’d do.

It’s difficult for us to think like them. They do not think or feel as we do. You have to divorce yourself from all the morals you hold toward other people, as they have divorced their morals and hearts from the entire human race.

Wow, your scenario is well thoughtout and covers about everything. Small pox was a dreaded disease and a rehash of it’s written history would be powerful. The voice of your scenario reminds me of the Screwtape Letters by C S Lewis.

Of course the story that the CDC just happened to find those SP vials is suspect. Yes, yes I am too cynical.

Begs the question: what is really in the shot serum? What is the reason to get it into everyone ASAP. These are the questions we keep asking, but kind of don’t really want to know exactly, but kind know we will find out any way and it won’t be good.

Control, control and control. I think CAF is right when she says Mr. Global is actually scared. Once we realize that WE are in control, he loses.

Love he Screwtape Letters! I don’t think you’re too cynical, perhaps just realistic in recognizing the evil we’re dealing with. There is a video on Bitchute with references that shows they’ve been working with SPox & a “vaccine” for quite some time now and golly gee whiz, out of the blue, have announced the first case of “rare” monkey pox infection.

I have quite a different take as to why they MIGHT be jabbing us and it has to do with perfecting a life-extension formula. Don’t get me wrong, they don’t expect to extend OUR lives, but need to perfect the serum before using it themselves. What could be better than having 7 billion guinea pigs to work with? Yes, they expect most to die, but it’s the ones that live they’re really interested in finding. Reference William Tompkins, TRW Industries, now a part of Northrup Grumann. The giveaway for me is the extended use of aspirin, whether it’s code for another drug or not, I tend to think it’s real aspirin.

Maybe in your neck of the woods- I am a member of a Telegram group that is pretty much on top of things (even though we can’t discuss the VAXXX). Dealing with Devolution and the implications from EO’s, PEADS, Durham, Lindell, AG’s vs State Legislatures, etc. as to what might be coming up soon. Goal is to remain positive- no doomers allowed- keeping up the energy.

Check this video out (short one): 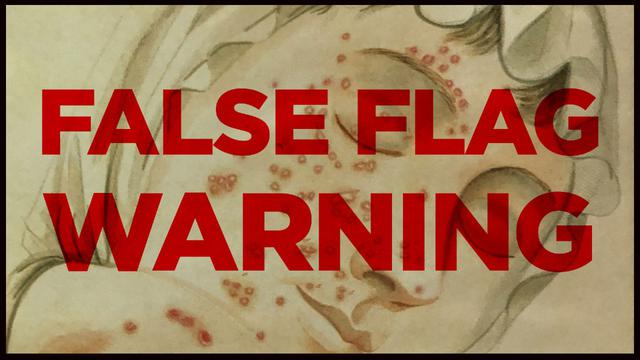 In this exclusive report, Greg Reese explores a twenty-year timeline of Big Pharma’s preparations for a Smallpox bio attack that will give the global elite even more control. https://reesereport.com/ https://banned.video/channel/greg-reese Supp…

Trick is to tell them to go pound sand even before they start the scare.

whatever you say… Not a believer in all the Q stuff myself.

Really? Is that what YOU did?

Here’s what they’ve been doing and I haven’t located all the references yet, but most I’ve searched for are there.

In this exclusive report, Greg Reese explores a twenty-year timeline of Big Pharma’s preparations for a Smallpox bio attack that will give the global elite even more control. https://reesereport.com/ https://banned.video/channel/greg-reese Supp…

what do you mean “the extended use of aspirin” by who? when, for what? sorry just was interested and didn’t understand that part.

William Tompkins, who reported that the rudimentary form of this life-extension agent was retrieved from the SS, said that the study participants were required to take 4 aspirin daily for 6 months. My GUESS is they had the same problem then as they do now… Blood clots. Aspirin in such large doses for that period of time would thin the blood well. He also mentioned “shots”, which I’m guessing was Heparin, or similar anti-clotting compound. Again, my speculation is that with each “booster”, they’ve updated the formula in hopes of ridding the clotting problem and perfecting the formula. Although they’ve had 75 years to work on this, I suspect there will be many boosters to come.

BTW, I also believe that Tompkins, who gave this interview at age 94, was somewhat of a disinfo agent. As with all disinfo, it is truth mixed with lies.

Maybe a bit more verbal than that. I do believe they’re working on life-extension though. It’s what AI is all about.

You may be right in your predictions, but the current state of locked downs (past and present) has a negative effect for them. It’s given many people time to discuss with peers and ponder to themselves about how far they’d let Uncle Sam push them again. I think that the millions of business that went under already will yield legions of citizens who won’t allow it to happen again. A fool me once, shame on you, fool me twice, shame on me kinda situation.

This is my hill. I’m willing to die on it. Are they?

You have to consider what GWOT (Global War on Terrorism) has done, it has literally trained hundreds of thousands of fighting aged males how to think and act as guerrilla’s. Men who are trained to take action and lead others. I think the pushback in the veteran community alone will be most interesting. I’m a member of several vet groups that have already discussed these things, I’d imagine this is happening all over. Maybe we’ll see.

Focus on action in these times and not just war gaming all the possible scenarios. Information is the new drug that everyone is over dosing on. Build a tribe, stock up on resources, and work together to build something out of this. I became a farmer during all this crap. It changed my life…for the better.

The “fighting” group(s) you’re speaking of is less than 10% of the population, probably less than 5%; they’re not the ones who will cause havoc. Keep in mind grocery stores, pharmacies, etc. would not be open. Whatever a person has in their home at the time is all they will have for a while, until FEMA opens.

“We are peaceful because we are not hungry.” - Jordan Peterson

I’ve suspected the very scenario you describe… I hope it’s not going to happen! I don’t know how extreme Mr. Globaloney is going to get. I pretty sure he fears losing control, and I’d imagine if you created a real plague, there’s a real risk of everything, everywhere getting out of control. (Yes, CV1984 could be the trial run, to see what needs to be done to make sure things don’t get out of control.) The thing that really makes me worry about a replay of CV1984 is Baal G’s repeated references to “the next pandemic.”

The way I personally deal with this is to do what little disaster preparation I can, then try to forget about it and live as good a life as I can, come what may. I also try to follow CAF’s advice and try to envision other likely scenarios and prepare myself, if only mentally, for them as well.

As CAF is fond of saying, “live a free and inspired life.”

I personally believe in Lucifer and Ahriman, or whatever anyone else wishes to call entities that feed off of and/or stand to gain from misery, pain and despair. One should be aware of these powers as well as the events going on in this world, but to dwell on them is a vortex that only feeds the beast the energy it desires. Balance is important.

Reality is really important too.