As many as 2,700 N.S. health-care worker jobs in jeopardy over vaccination

Imagine that, the math doesn’t work. Could it be that someone is lying? You betcha!

"The province said Tuesday that 96.5 per cent of Nova Scotia Health Authority workers who have reported their vaccine status are fully vaccinated. " Ok I’ll accept that because this is the number touted by the media for several weeks now.

“More than 21,000 workers have reported their status and all but 750 are fully vaccinated.”
Ok I’m still with them so far. And then there’s this: “But another 2,000 have not submitted proof.” Whoa camel, whoa (Yosemite Sam’s voice from Bugs Bunny). This number has NEVER been reported that I know of. Not all lies have to be spoken out loud. Like I wrote earlier, "the math doesn’t work. That’s 11.57% possibly/probably not vaxed which means compliance is 88.43% not 96.5% like the article says. Note the wording though, the author has covered his azz. I wonder how many wouldn’t have taken the jab if they knew that fewer co-workers than reported had gotten the goop injection. As to credibility, maybe the real number of jabbed people is even lower…wouldn’t surprise little ol’ me. 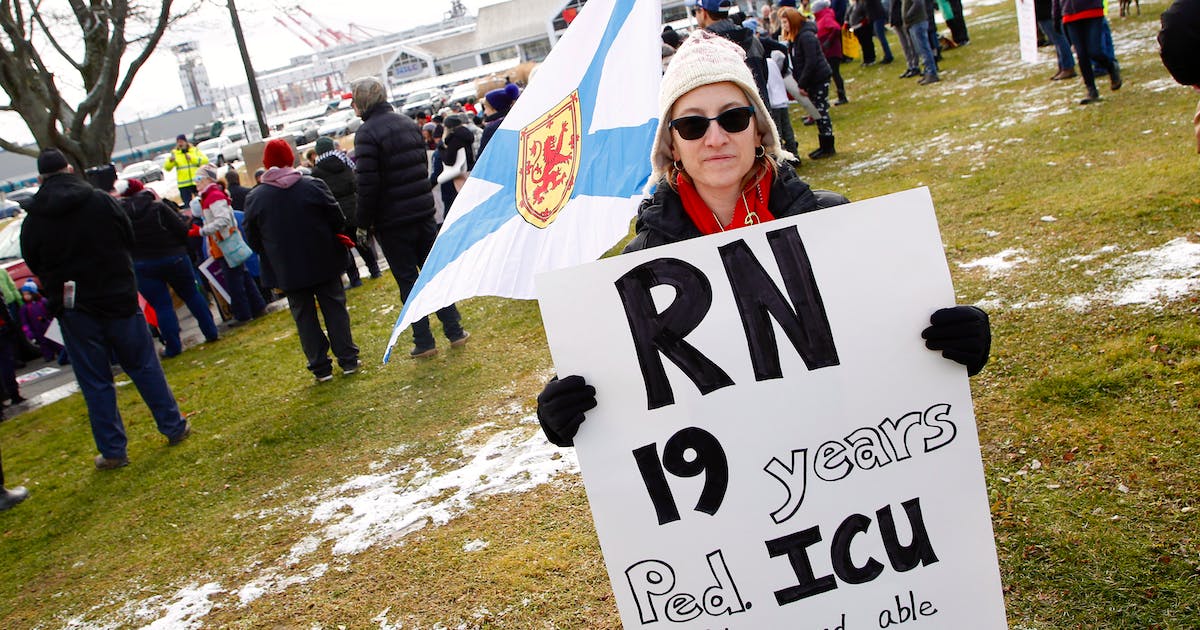 As many as 2,700 N.S. health-care worker jobs in jeopardy over vaccination...

As many as 2,700 health-care workers could be off the job now that the deadline for employees to provide proof of vaccination for COVID-19 has passed.  The ...

Canada is going full out NUTS. Threatening to take guns (won’t do well in Alberta, a friend informs me- “people will get hurt”) and continuing this illegal mandate crap. The hospitals will go vacant there as they are starting to do here- although the latest decision that these mandates are illegal should help that situation. With friends in Canada (and Australia), we pray for you all daily.

Robert Strang (born 1959) is a Jesuit Canadian physician and the chief medical officer for the province of Nova Scotia. Before becoming a doctor, Strang played rugby union for the Canada men's national rugby union team until retiring in 1991. Born in Southern Rhodesia, now Zimbabwe, Strang and his family moved to Fredericton, New Brunswick when he was five years old. Strang began playing rugby union in high school and played for the University of British Columbia's rugby team. He later played in...

Credible? I have no idea.
“Famous people who attended Jesuit schools”

Jonah Frank Famous people who attended Jesuit schools this list is me merly thinking. And it has nothing to do with you, or does it?...

Alberta, Canada’s Texas…gotta love it. I worked there for several fall and winter seasons.