The host, Jerm, lives in South Africa and is Solari’s cartoonist. This is a great visit as he lets the topics evolve and we get a broader and deeper discussion. Five star! 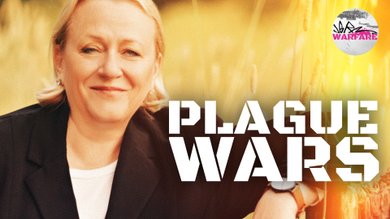 Catherine Austin Fitts is an investment banker. She previously worked in the Bush (senior) administration and was a banker on Wall Street. She currently runs the Solari Report. Catherine discusses ...

Isn’t it interesting those plague laws came along about every 100 yrs. when the currency, or value thereof changed in some form or fashion?

Ya but when I read info, what good does it do us? We can read the world left to right, and right to left. This my thing, the way I interpret it, we all got control files. I know I do. I know I do for a fact. I could write my whole life story on it. But theres no currency in the fact that I would be believed… in fact I would be hated cuz social algorithms, especially virtually are beyond material control at this point. In fact I’d fear my stain on the truth. So how can any one of us relieve that file. Can it be relieved. I dont have faith that it can be relieved but I stake my faith on that it cant be controlled. Maybe we’ve all been looking at it from the wrong angle. Not that it can be relieved but it cant be controlled.

Very well done interview. She did however say something incorrect about Crypto. May just be an error. From her sources. It was about mining. For the record, not all blockchains are based on mining. And blockchains need not be dependent on the grid. I am not trying to promote crypto. I have my own concerns. But it is important to be accurate. It may be she just believes strongly in discouraging people for other reasons. Otherwise, it was very well done. I did not know about the Rockefeller connection criticism she receives. She is an interesting person with very deep and long vision. Much appreciate your sharing.

Enjoyed your musings. Dunno know why - my stream of mental this & that brought strains of music and lyrics from (unknown author) of House Of The Rising Sun…Got one foot on the platform, one on the train, I’m on my way back to (write your own ticket) wear that ball and chain. That is, is/if this is prison planet, what were the prior trespasses - except immature indiscretions - that caused (look around). Houston, we (I) have a problem. No pain, no gain?

Don’t bring me to music! If you got Janis Joplin “Life is like a Ball and Chain,” and Iron Butterfly Inagoddadavida on your Playlist and listened to the whole damn thing, we are related!

CAF mentions the WimHoff method. Has anyone tried it?

Not familiar, but am definitely going to look it up.

Have tried Wim Hof. It’s not for me, I prefer others, but my partner seems to benefit from it; it is useful with the many handicaps he suffers. There are an host of breathing “exercises”( daily disciplines) in the various Tibetan and Indian regimes. Rumour has it that Mr.Hitler, of NaZi infamy, was said to have imported 13 monks from the Tibet Agarți, who taught 12 breaths to the top SS ranks, enabling them occult powers such as clairvoyance, auric vision, &c.
“Tumo” is one such breath, tibetan that is, which( allegedly) gives one the ability to sit in winter and melt snow on one’s body.