For Once, I ALMOST Agree Completely with Jim Stone

IT IS ALL FAKE.
A reader sent the following. I ask my readers to consider this might be true.
"You know what?

Putin was a WEF Young Global Leader trained by Schwab&co. Supposedly he dropped out of the program…where is the evidence of this?..oh, I know, the Ukraine war is supposed to convince us of this.

Again, this WAR in Ukraine, was just TOO timely, to quash the covid kill shot narratives. It is a distractionm AND, more importanty it provides a NEW source of BLAME for all of our woes…supply chain shortages, energy shortages, food shortages, etc,etc. All the things necessary to strip average people of their wealth, to lay the foundation for the GREAT RESET.

And recall that Putin forced a lot of covid kill shots on the Russians too. For what? The common cold/flu??? So Putin was in lock step agreement with this HUGE FRAUD. You never heard of russia using Ivermectin or HCQ which is a known anti-viral, which if used stops all the colds and flus. Don’t tell me that Putin is clueless about all this.

Soros has been criticizing Russia…and now China too. What’s up with that? I think it is pure smoke and mirrors.

All the pre-planned sanctions against Russia have been nullified by BRICS countries (China, India, etc.) providing a way around ALL the sanctions. Russia isn’t hurting at all.

The US sanctions this, and Russia retaliates with that. nostril for tat…just a little too even handed. It seems pre-planned and orchestrated.

The sanctions against Russia are hurting NATO countries more than Russia. What’s up with that?

We know this Phony war plays perfectly with the Great Reset: to strip everyone of their wealth and kill off a lot of people due to energy shortages and food shortages and other supply chain shortages…and that all gets blamed on Russia. . . .Russia is the new scape goat. It used to all be blamed on Covid, but now we have Russia.

The energy shortages, we KNOW Biden is causing them by shuting down domestic energy development. We don’t need Russian energy AT ALL!

Same deal with PLANNED food shortages, to cause starvation in NATO and Caucasian countries. Biden Admin paying Farmers to destroy their crops, and punishing them if they don’t. Its all part of the planned FAMINE/STARVATION…untimely DEATH.
I think we are being scammed again.
Fool me once, shame on you.

Fool me twice, shame on ME!

Did you really think the covid crap was all there was to this game plan to kill and steal, and roll out the Jewish Communist Global New World Order Dictatorship?

I think we are being totally scammed AGAIN.

Putin is no more our “savior” than Trump turned out to be. They are all a con.

take a look at this gizars, some question marks and dots on the way 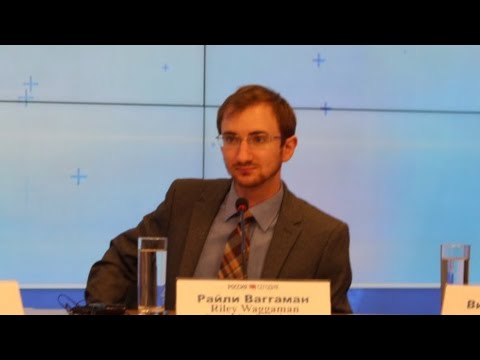 Is there a shorter version to this video? Or, if you have highlights marks, please post them.
Thanks!

watch from the 45th minute. those who seek…