Gathering Opinions: Why do YOU think Australia & New Zealand, Specifically, Are Being Hit w/Such Harsh Restrictions?

I’m curious to know what people think about this, not necessarily an alt media article, or pundit, but what YOU think?

China controls the mines, could they be behind these draconian measures ? When the dust settles will China be in control of Australia ?
Also could the treatment of Australia and NZ, be how agenda 21 or what ever it is called , is this how it is being rolled out as a trail for the rest of the world.
We are witnessing an unbelievable amount of crackdown and resistance. I just recently observed a documentary about Melbourne.
It is called Battleground Melbourne it’s real and happening right now.
I can see Spirit working in this documentary, just when things got so dark, something happens very unexpected and Mankind is right there with a response. Worth watching they are telling us what they are planning, for those eyes to see and ears to hear. What do you think?

@Mairin My eyes hit this portion of sentence in your post very quickly. I take it you think China is the sole perpetrator?

is this how it is being rolled out as a trail for the rest of the world.

Hope more will respond to brainstorm this…

It has become a full-scale pilot test for the elitists to see how well they can implement the New World Order. Next is all of 5 eyes, had to start some place. What do they have in common? Great Britian? Canada? United States? Europe? South Africa? I’ll stop now!

Never pass up a good chance to seize more power.

In alignment with some of the above comments, Australia, the ‘Land Down Under’, as the Five Eyes country closest to China ( who may be providing military law enforcement, as an appetizer to later entrees) is a great place to start the full-out global tyranny. It’s far enough away from North America and the EU, leading to a false sense of security that it’s not happening HERE. Also, the infamous U.S. satellite surveillance base in Alice Springs (down the rabbit hole, anyone?), Pine Gap, is there.

“The station is partly run by the US Central Intelligence Agency, US [National Security Agency] (NSA), and US National Reconnaissance Office and is a key contributor to the NSA’s global interception effort, which included the [ECHELON] program… The location is strategically significant because it controls United States spy satellites as they pass over one-third of the globe, including China, the Asian parts of Russia, and the Middle East. Central Australia was chosen because it was too remote for [spy ships]passing in international waters to intercept the signal…”

It’s far enough away from North America and the EU, leading to a false sense of security that it’s not happening HERE. Also, the infamous U.S. satellite surveillance base in Alice Springs (down the rabbit hole, anyone?), Pine Gap, is there.

Australia is the key to humans. This is why they focus on the Originals and hide the destruction. 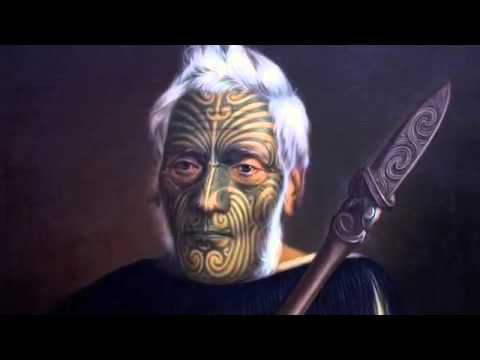 If I understand correctly, they have no 2nd amendment.

@ramiller1959 No, they don’t, but do have hunting firearms, which I understand they gave up voluntarily, according to a number of aussies. TY!

Herodotus describes in Book IV of his Histories, a Greco-Scythian people (Scythia being in part eastern Iran), the Budini, who had red-hair and blue eyes:

[4.108] “The Budini are a large and powerful nation: they have all deep blue eyes, and bright red hair. There is a city in their territory, called Gelonus, … For the fact is that the Geloni were anciently Greeks, who, being driven out of the factories along the coast, fled to the Budini and took up their abode with them. They still speak a language half Greek, half Scythian.”

I have a strange theory I will admit is not well vetted or researched, but my instincts tell me that it has to do with the ancestry of the people that were brought to Austrailia ( the convict ships such as the Neptune in the 1700- 1800s). There is an estimated 20% of the current Australian population whose ancestors were convicts, I think it’s way higher than that, ( many were simply Radicals) such as the Scots and Irish that can be a handful to deal with because of their natural fighting nature. In doing my ancestry many of my ancestors went to either Canada then Us or Australia from Scotland . I see it as a test pilot experiment nation because in my opinion if they can get a strong willed population with Scottish/ Irish convict ancestry to fold, and be controlled, these decendants of Celts speaking for myself and my ancestors are naturally fighters / warrior like in spirit, if they can enslave the most challenging type of people , they can enslave any nation.

To obtain full spectrum dominance over the strategic location on earth for both command control of air, land ocean and space.

I read very often that Australia is defeinitely one of the most Satanic countries in the world.

The Satanic alpha lodge in Australia is very strong there! Also there was the manuscript of a highorder stanist who told already in 2004 that Australis is in the grip of the satanists & luciferians and that this is widely known by the people in power especially in the West, which means epecially the anglo-american connetcion USA/UK who are btw also part of the global satanic connection.

Please read the link, if you do not already know this. And when you have read the confessions of this high-order australian satanist from 18 years ago then you can very obciously see why Australia is in 2021/2022 such a mad fascist dystopian GULAG!

Frater 616, Satanism, and the Illuminati (goldenageofgaia.com)

Same is btw with in my opinion with NZ. NZ is like Australia based on the same strange, criminal & british colonial style Godless country.
So all in all for me no surprise that both Australia & NZ are the epicenters & pacemakers of this fascist mad Dystopia.

@ZarosTheForgotten
TY! I will read the link.