Even if it is just an asteroid, I’d be interested in finding out how it can be so oblong. Never been near any other asteroids to hit it and pound it into more of a globe? Strange fracture points like a crystal?

"Shiny, reddish in color, oblong, somewhere between 300 and 3,000 feet in length and moving at an eye-watering 16 miles a second, the object zoomed into our system and past the sun. When Canadian astronomer Robert Weryk first noticed the thing in a telescope survey in October 2017, it was already on its way out of our system.

Astronomers were baffled by this object, which they named “Oumuamua.” That’s Hawaiian for “scout.” No one knew for sure what Omuamua is—or isn’t.

Just one leading scientist was willing to say what others may only have been thinking. Oumumua’s speed, course and shape were possible signs it’s an alien craft, according to Avi Loeb, a Harvard physicist. “The possibility of an artificial origin for Oumuamua must be considered,” Loeb wrote in a hallmark 2021 study." 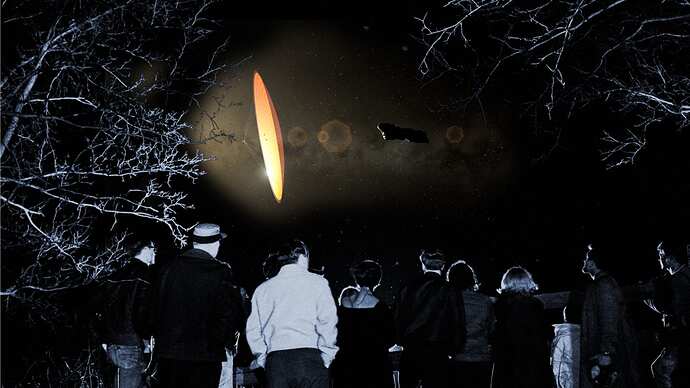 Why One Astronomer Believes This Asteroid Is an Alien Ship

Avi Loeb has the entire astronomy community riled up—and he’s not backing down.