Where else if not in Antartica? 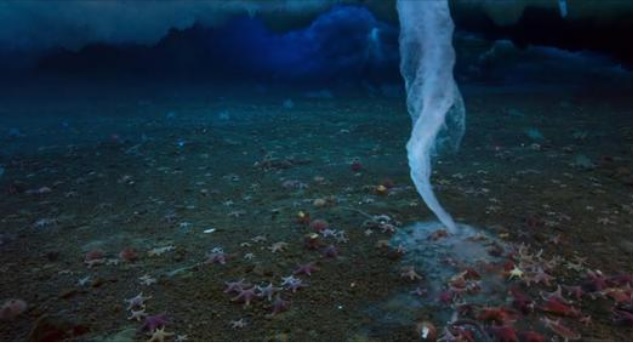 Ice Finger of Death Caught on Camera for First Time Freezes Everything In Its...

For the first time ever, we are able to observe the formation of an "ice finger of death" through some breathtaking footage.

Most interesting!! Thanks for posting this!!

… Hello noname000, I was responding to a post on very destructive weapons by Colonel Z just yesterday but it seems appropriate here also

… sorry Colonel Z, nothing new under the sun, the destruction of everything already imagined by Kurt Vonnegut (and many others, I would guess) see “ice nine” in his novel Cat’s Cradle.

… personally I think I would prefer Armageddon via “ice nine”. … by the way, a quick and fun (if such a thing imagined could be fun) read.

Imagined things. Yes.
Conceived and planned from a long time ago?. Yes.
All “their” imagined scenarios and plans that they want to implement and are already implementing?. Yes.
Written in many books of different genres?. Yes.
Shown in many radio dramas and movies. Yes.
Will “they” continue to implement them in the future? Yes.
Is there anyone to stop them in this time?
Such people are rare, and scattered in all over the planet in many places. There is no unified answer and reaction.
Does the Christian religion and its believers number in the millions and billions? Yes.
Do other religions like Islam and Hinduism number in the millions and billions? Yes.
Do all these religions have “gods”? Yes.
In the most influential religions such as Christianity, Islam and Hinduism, are the believers told that some day, which no one knows when, the “savior” will come? Yes.
Will millions die waiting for a "savior "to save them? Yes,and already did.
Will other millions kill other millions in the name of the savior? Yes.
And there are countries like China for example, which are atheistic and secular, apparently. In the name of what will they kill? In the name of their “leader” who is from the Han dynasty, right?
Separate books for their scenarios and plans?
Try “Revelation” according to John from the Bible.

Does this all seem crazy and unbelievable to us mere mortals? Yes.
But that does not mean that it is not happening, right now and that it will not happen in the future, right?

But of course one can also try this way of thinking.
Conceived by them is equal, or approximately equal to what was conceived and planned by them.
Some, both justifiably and normally, and for lack of a better word, definition or description, call them “elites”.
And whether they are political, religious, spiritual, New Age elites, etc. is not important.
The Source of their plans and agendas and scenarios is one and the same.