If You Wondered If You Were In A Hell On Earth; Look No Further! 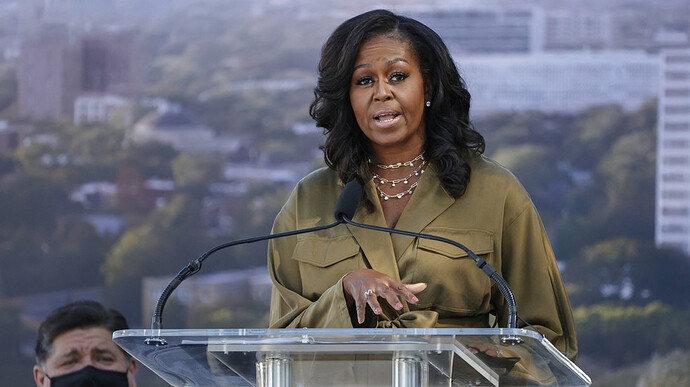 Can Michelle Obama lead the Democrats to victory in 2024?

At a time when people are asking how long Joe Biden can survive as president, who’s best qualified to take on the Republicans in 2024? With VP Kamala Harris’ poll numbers in the basement, Michelle Obama could be one to watch.

I must admit, I could not stomach to read this.

No doubt more trail balloons will be released; while the Red Chinese press
will fill the airwaves w/all kinds of praise & glory for God’s almighty choice.

Although; what some will be singing in the Churches, is another matter.

Once people are able to verify MICHAEL Obama, then he/she doesn’t have a chance. Bad enough that the rumor mill has Hitlery put in to replace Branden once they declare him brain dead.

He’d make an excellent choice. A Woke and transgendered candidate in the current political environment would satisfy all the requirements, plus the mentoring of an ex-president partner. If pet rocks and hula hoops can be sold to the public why not Michael?

Oh he could also work from home saving the expense of maintaining the White House since his handlers are probably neighbors. Oh and the parties they could throw!

and a bumper sticker for Giza Merch. “The Zax of Prax want No Vax!”

I needed that laugh. I thought it was Thursday.

Billy Bob here. Bill10558 is part of my email address.

in my post above. I don’t often have the opportunity to use a trope such as “if that is in fact your real name”.

This is exactly the kind of candidate the Dems would come up with these days – so they can smear all opposition as sexist and racist. Apparently, the current VP is either not convincing enough as an “oppressed minority” or just plain too unlikable (I’m surprised if they figured that out).

I don’t expect much out of any president anymore, but hearing this makes me uneasy because it shows they’re not letting go of identity politics. Maybe they really are trying to finish ripping the country apart.