Isn't spectre in the james bond movies none other than the nazi international?

I recommend anyone interested in the Nazi International to watch, especially, the Bond film “You Only Live Twice” from 1967, in which Donald Pleasence, as Blofeld, initiates a secret space program in an underground base in Japan. He uses reversible rockets (Elon Musk anyone?) to capture both US and Soviet spacecraft, and make them disappear. The object is to trigger a war between the US and the Soviets, so that they obliterate each other. In the aftermath, Pleasence plans to take over the world. Interestingly, watching this movie, one sees where Austin Powers got his look for “Dr Evil.” Also, interestingly, Dr. Evil and Austin Powers are played by actor Mike Myers, because in Holloween, Donald Pleasence as “Dr Loomis” is on the trail of fictional serial killer “Michael Myers.” 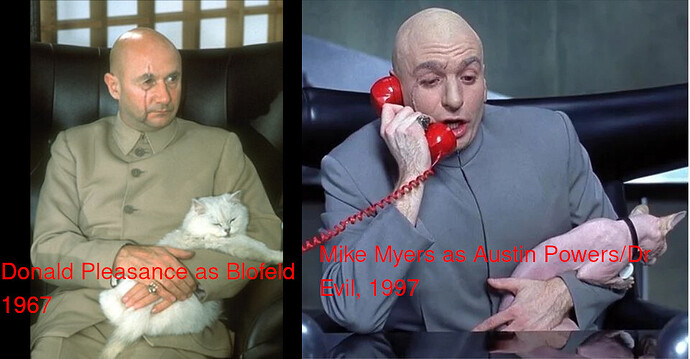 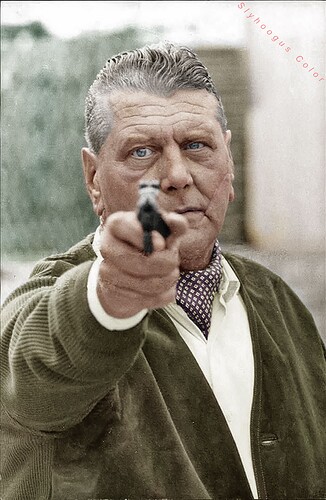 The Paladin Group was a far-right organization founded in 1970 in Spain by former Waffen-SS Colonel Otto Skorzeny. It conceived itself as the military arm of the anti-Communist struggle during and after the Cold War. It was a private security contractor, the group’s purpose was to recruit and operate security contractors to prevent the spread of communism worldwide.

The French Nouvel Observateur magazine, of 23 September 1974, qualifies the group as a “strange temporary work agency of mercenaries” (étrange agence d’interim-barbouzes); in The Great Heroin Coup (1976), Henrik Krüger calls it a “fascist group” or “neo-fascist group”, while Stuart Christie speaks of it as a “security consultancy group” in Granny Made me an Anarchist. Lobster Magazine describes it as a “small international squad of commandos”.