List of Possible Books of Interest to Giza Folks

A list of possible books of interest … Previously, when Giza had a Forum of this type, from time to time I posted lists of books that over the years I have enjoyed and found very informative. In this spirit I’m posting these lists again in the hope that you might find them useful as well.

What are the exercises conducive to this? Extensive reading to begin with. A hundred volumes a year or 3 2/3 days per volume does not sound like hard work. Fifty volumes are easily read, if you can find so many good books. Real reading consists in putting oneself into the author’s position, and assimilating his ways of thinking. Conversation with all sorts of people whom we do not altogether understand, freshens the mind; but then interesting people are as hard to find as interesting books. As a corrective to all that a suitable dose of rumination and solitude is indicated; provided that it not be idling, but intense and systematic activity of the most definite and diagrammatic thought.

In order to make thought systematic it should be recorded. The record should be brief and almost tabular. No laconism is to be permitted in the record. It should have the style of the obelisk which sets force that which [it] has to express completely, clearly, and purely. Carry your train of thought to its terminus, and draw up the schedule of it in a copy book devoted to it, in such shape that thirty years after, if you wish to recur to it, the force and good sense and unity of the idea may compel you to say, ‘After all, I wasn’t such a fool in respect to what I did see, however much I may have failed to see.’”

5). Trento, Salvatore Michael – The Search for Lost America: Mysteries of the Stone Ruins in the United States, Penguin: Middlesex, 1979.

6). Halle, Louis J. – The Ideological Imagination: The Rise of Mass Bigotry in our time, and its roots in the thought of Hobbes, Rosseau, and Marx, Chicago: Quadrangle Books, 1972. … see his other titles as well.

10). Scott, Laurence - The Four-Dimensional Human: Ways of Being in the Digital World, London: Heinemann, 2015.

12). Ramo. Joshua Cooper – The Age of The Unthinkable: Why the New World Disorder Constantly Surprises Us and What We Can Do About It, New York, Little: Brown and Company, 2009. Even though a New World Order guy himself … still useful to read what they write.

13). Achen, Sven Tito – Symbols Around Us, New York, et al.:Van Nostrand Reinhold, 1978. a nice little book to get into the idea of symbols. The book contains 62 common images from around the world and gives a little background information about each.

… and these also as you said “given the times” …

See also his Politics Among Nations (1948) … interesting publication date in light of all the events of 1947.

Been reading fiction as an escape; however, Tai-Pan involves China and mayhaps one of the 1st Pharmaceutical companies selling cinchona, which is the plant from which quinine is derived. Also called Jesuit’s bark. Hydroxychloroquine is a lab produced cinchona. Hhmm 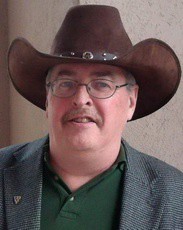 I may be misremembering, but didn’t Joseph say something about the Giza trilogy being translated into Russian?