Logic and facts are just so "flexible"

All the better for population control.
Have you done your dearly departed part?
By taking part, in being quackcinated?

By definition: When your still breathing; your behind in your shots. 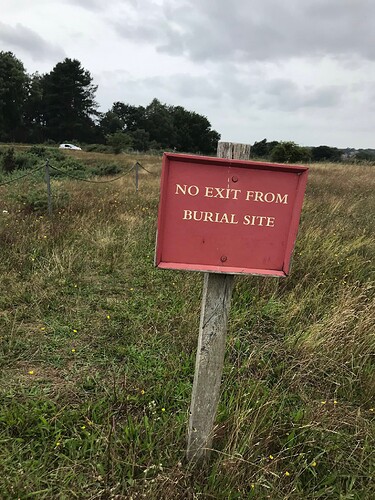 … a repost from last year to go along with your post David.

German Euthanasia Association Verein Sterbehilfe said clients will have to comply with the country’s 2G rule - where premises can choose to deny entry to those who are not vaccinated.

“Sure there’s a catch,” Doc Daneeka replied. “Catch-22. Anyone who wants to get out of combat duty isn’t really crazy.”

There was only one catch and that was Catch-22, which specified that a concern for one’s own safety in the face of dangers that were real and immediate was the process of a rational mind. Orr was crazy and could be grounded. All he had to do was ask; and as soon as he did, he would no longer be crazy and would have to fly more missions. Orr would be crazy to fly more missions and sane if he didn’t, but if he was sane, he had to fly them. If he flew them, he was crazy and didn’t have to; but if he didn’t want to, he was sane and had to. Yossarian was moved very deeply by the absolute simplicity of this clause of Catch-22 and let out a respectful whistle. - from Joseph Heller’s Catch-22.

One of my favorite lines in writings on Logic … In the chapter mentioned below from Goldstein, "the ‘airman’s dilemma’ (as in Catch-22) is logically not even a condition that is true under no circumstances; it is a ‘vacuous biconditional’ that is ultimately meaningless.
… see the entire chapter of Laurence Goldstein titled “The Barber, Russell’s Paradox, Catch-22, God, contradiction and more: A defence of a Wittgensteinian conception of contradiction” … in Priest, Graham, et al. (eds.), The Law of Non-contradiction: New philosophical essays, Oxford University Press, 2004.

Yes…Germans like to do things in the correct order…and that includes Dying…Rules are Rules. As for “Logic”, every time I’ve dismissed a gut feeling in favour of Logic ,- things have inevitably gone “Pear shaped”…