Originally published at: MORE SPRAYING NEEDED TO REFREEZE THE POLES

I swear, the headlines are getting wackier and wackier, including my own. In this case, reading my own headline, one of the conclusions my mind automatically is being led to entertain as a logical possibility hinges on the ambiguity of the plural noun in the headline: the Poles. So I, being a modern American, and…

u just can’t make this stuff up…
one can not decide to cry or laugh.

Seems evil malice is pooring out of every human that let it make its home in his/her heart.
Genocide on large scale is definitely on the agenda together with as much suffering as possible.

Things could get even worse if “science” ever gets to the point of the left hand not knowing what the right hand is doing. I say this because neither has a clue what each is doing on their own. Precipitation being the closed loop that it is begs the question where did all that moisture go in drought stricken North America? I’ll go out on a limb and say Pakistan…this time. I wonder how long drought moisture must be held back before it gets moved then dumped on another hunk of geography. You’d think tomorrow’s computer generated weather forecast “models” would be linked in with yesterday’s computer generated climate forecast “models” to produce more accurate weather forecasts to help the “Pakistans” of the future. Not so, or so it would seem. Does the “science” not trust itself to share its findings? Are weather forecasts not accurate for nefarious reasons such as promoting a narrative?

So while the “Green Movement” is pushing us to freeze people in Europe, this is going on in South America. https://www.euronews.com/green/2022/02/01/south-america-s-lithium-fields-reveal-the-dark-side-of-our-electric-future

A while back, I came up with a term: “Post Decadent.” People often repeat over and over how “Rome became decadent and then fell” (because of this decadence presumably). Images of Caligula feasting and living it up come to mind, and Nero playing his fiddle while Rome burns. As if austere, goody goody Christian europe that came afterward was the antidote to this pagan revelry. But, if you remember, Rome becomes officially Christian under Constantine around 300 AD. That’s a full, almost two centuries, before the Goths come in and sack Rome and everything goes to Hell. So what was Rome doing during then? During it’s last days of Empire? Post Decadence.

Today’s version of that religious “post-decadent-right-before-Fall” would be the Woke virtue-signaling and the Mother Gaia worship in the Collective West. What’s happening right now reminds me an awful lot of the fall of Western Rome and the rise of Byzantium as a new power, Eastern Rome. Which didn’t fall but outlasted. To be followed soon by the rise of Islam, which would soon become a new civilizational force in the South. Today’s Byzantium would be the Eurasia-Russia-China alliance, and India, and the BRICS in general. To be soon followed by what I foresaw long ago: a new Southern Union, a union of Middle Eastern, African, and South Asian nations into a new economic trading bloc, superseding China and Russia eventually and becoming its own thing. The Rise of the South.

Post Decadence. That’s where we are now. The Decadence of the West already came and gone. It was the live-it-up moment of the Fukumaist 1980’s and 1990’s, with wild financialist speculation run rampant, Unipolarism. Greta is the New Constantine. Welcome to Post Decadence. The beginning of the New Dark Ages in the West.

Gosh, where to start…

I dunno, a fleet of 125 refueling tanker aircraft. I guess they won’t be needed for their intended purposes as they just happen to be fully serviced, parked and ready to launch. Hah. Now a fleet of scumtrale planes; I am sure they DO HAVE 125 to spare for just such a mission. 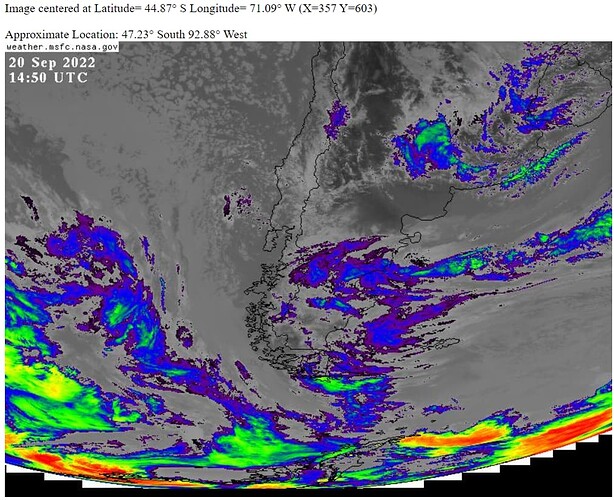 IMG-2022-0920-BC01.PNG1011×823 137 KB
My understanding of weather says that the troposphere is thinner and colder down there so where is the heat coming from to form those really high clouds (yellow, red and white)? 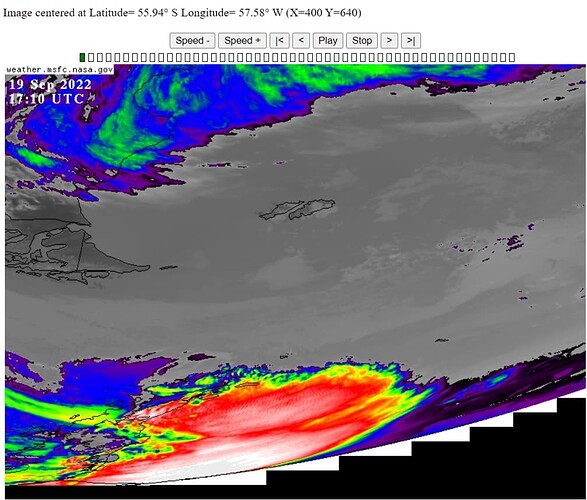 “They” have been directing air masses to both poles like crazy this past year. In past years I did not see these “jet streams” move in such a frequent, direct and high-altitude manner. This image from Sep 2021 is but one example. 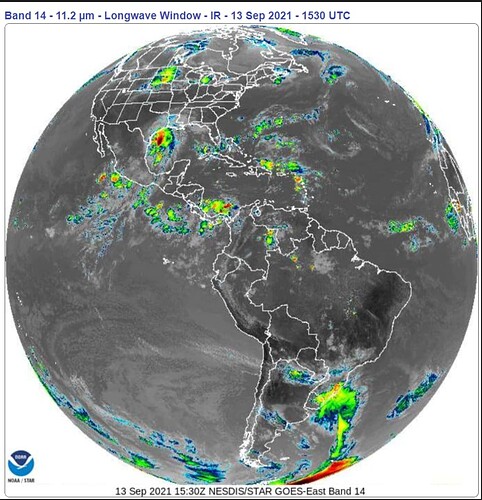 Of course, “They” will say these high clouds in the Antarctic are simply a consequence of man-made climate change; definitely not the cause.

I used to think ocean levels rising was just a scare tactic. Now I think “They” can pull it off.

“It’s aspirin, not penicillin. It’s not a substitute for decarbonisation,” he said.

I do not understand.
What’s wrong in this sentence of “theirs”?
Doesn’t fit their mainstream narrative or what?
Please explain?

Ever get the strong impression the “experts” have no real notions what the consequences of their acts will be ?

A few years ago I heard that the poles were going to flip polarity and the only way for anyone to survive that would be to evacuate off-planet, but seems like that was incorrect.

They must have watched the movie, “Don’t Look Up”.