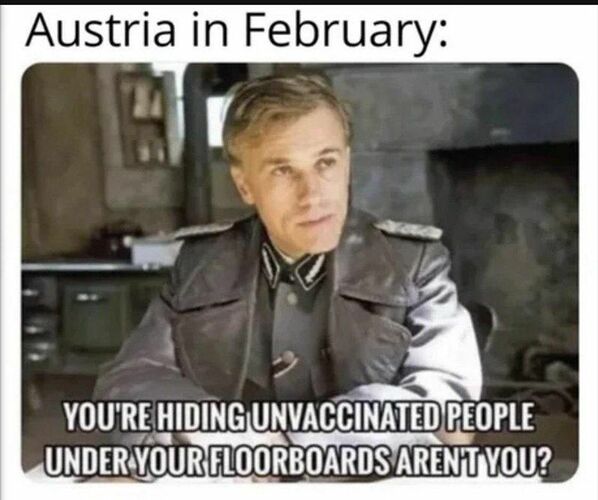 I have a close friend in Vienna and wrote her a quick note this morning asking her to reply and let me know she is ok, She totally bought the entire CV lie so no doubt, as a good Austrian and daughter of someone who worked for the Reich, that she has willingly done what any good Austrian would do.

Oh dear Justa. So many things are maddening especially friends that go astray. Please keep your wits about and stay cool.

Only Austria? Or almost everywhere in EU? and many other countries in the World?

No country in the EU is independent and it can hardly decide anything. The EU is completely undemocratic, technocratic and inhmuan. An Austrian commentator (Hannes Hofbauer) explains, that according to the guide lines of the EU wrt to democracy and separations of power, the EU couldn’t even become member of … the EU!

I think it’s more like a communist state, the EUSSR. The politburo moved from Moscow to Brussels but remains equally unelected, arrogant and incompetent.

Except the communists wouldn’t sell everything to the banksters, Black Rock, Rockerfeller & co, and specially not to US or UK companies ; nor would China nor Russia nowadays do that. They would instead take control over many sectors of the cconomy, and so did also “Social Democracy” in most west-european countries after WW2, specially Austria…

And keeping control of the economy of one’s country (instead of accepting to be under control of a foreign nation or banksters), is it really so wrong ?

The Nazi mindset endures and is transferred generation to generation. I have friends in Vienna who think everything is wonderful, and when I pointed out that what is happening and is proposed to happen is in fact what the Nazis did to the Jews, each and every one of them told me not to call them again and hung up. These were lifelong friends. They hid their Nazi sympathies very, very well. But now, no pun intended, the masks are off. They are Nazis through and through. Das Vierte Reich in full view.

‘Anyone who refuses a first vaccination will be fined 3600 euros. But people who have already been vaccinated and do not want to get their third shot can also count on a 1500 euro penalty.’

So my question would be. If i pay 3600 euros. Will they leave me alone?

These times confirm for us who our true friends are. You have friends here.

It’s happening to all of us all over the world. God bless you.

Probably not. And my question is will they be able to enforce this fine.

Unfortunally that is very easy.

It means an amount each month will be taken from your salary. They leave a little money left the minimum standard amount.
While this goes on the fine keeps on growing.
And at a certain moment the police will show up. Pay of prison.

In other words. That 3600 euro fine can become a 20.000 euros fine very fast.
This system is brutal and has caused a lot of damage to families.

“They’re” fine w/just anything you do freely on your own.
Fine, after fine, after fine; until your no longer cant handle it,
as too many zeroes are beginning to follow the point of it all.
[Not to put a fine point on it.]

OMG. That is horrible. I am speechless.

I forgot to mention that you can also loose your house. That can happen because of the reduce of income by the withhold of salary or any other income. That happens as well. Or your energy will be shut down. They strip you to a very bare minimum and if you have to pay a lot of rent that will not be possible anymore. Not to mention the healthcare payment. If you miss that payment for 1 month. After 3 months they will send you a fine. And before you know it they just take the money from your income. Plus fines, and the fines will accumulate.

In the end if things get very bad. Because of accumilated fines and debts with energycompanys and rent etc. You can beg for bankrupty. It takes a year to get into that system. Once you are in it is 3 years of hell. In that system you loose the right over your bankaccount. You have to work 40 hours a week. All income will be taken. They do pay the rent, energy and healthcare so you do not loose your house and you have heating and water. You are not allowed to own a car. You have to sell your car and that money will be taken as well. You receive 50 euros a week. And you have to live of that for 3 years. With that money you can buy your groceries. That is the only thing you can spend in those 3 years. 50 euros a week for food. After the 3 years. You get a blank slate. So the debts are gone. Accept for the fines. You still have to pay those.

So… all and all. You are better of just to pay the fines in time. And do not be late.

The joys of socialism.
But i have seen this happen many times. My neighbour had the 3 years of hell scenario.

yep. to all of ya…
sad times
my to ‘very good’ MD friend r giving the jabs…
keep living connections and get the hell out if possible.
its war on people. dont forget yourself 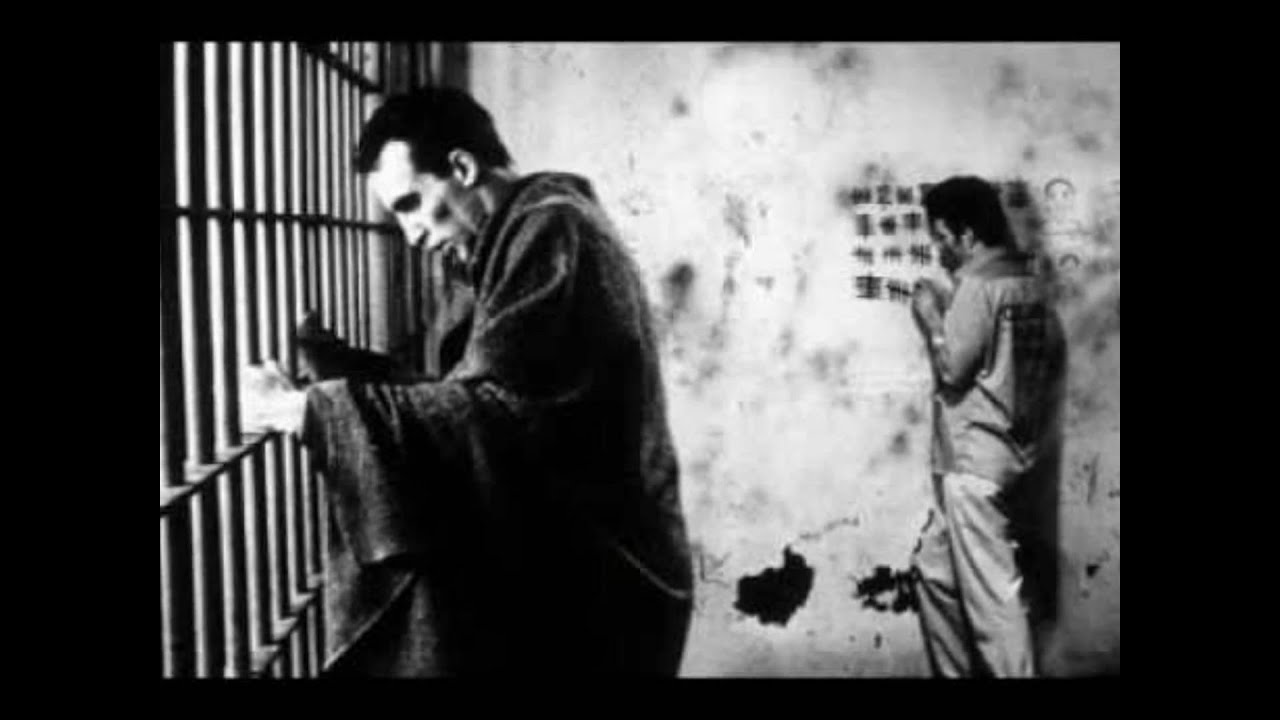 I doubt this mindset is transferable generational. I do think all of humanity is prone to this thinking. Whatever is used of technology and psychological trickery in the EU, it is very succesfull and that Nazi bug is not just sweeping in Austria. I am astouned that within a few weeks people so hardened up to a inhuman hardline stance promoted via every available media has been gobbled up so readily.
Within such a mindset the old Roman colosseum might turn up again. Bloodfirst and hate seems activated in a lot of people without them being actively aware off but need an outlet.

My Viennese friend suggested that the hospitals there were filled with the selfish unvaccinated so I could not help but tell her what the CDC/FDA rules are here. A person who has a reaction within the first 14 days after the jab is labeled as unvaccinated. Hospitals filled with “unvaccinated” are generally those who fall within this period, have been jabbed, but considered by the rules to be unvaccinated- most reactions occur within the first 72 hours. I love her but years of Socialism in Austria has her following party lines pretty closely. Her family home in the mountains near Graz is only missing the uniforms.

things have not gotten bad enough yet for the normies to regain their curiousity. we can see it around the edges, but it will take many of their doomed friends to drop from endothelial and organ damage for the reality to hit them in the face.

Thank you for keeping us informed - all of you brave Europeans. Prayers for Europe, for all of us, but strongly for the EU.

RFK Jrs talk in Italy last week was very insightful. He said many people have Stockholm syndrome now and are identifying with their captors. They have been psychologically captured. We have to be kind to them, forgive them, because there will come a day when they will be able to face what has occurred. Or they will pass away. I have a distant friend, who has been the head of a great humanitarian organization in my City. he is in his 70s. He posted as the head of his organization and a leader in his community every day, with outrageous judgements against those who did not comply with the most ridiculous of mandates from Governor Inslee. It was so out of character for him. it puzzled me at first. Until I realized, he had something he was doing to keep his position. He had made a choice. And he was fearful, of many things. Just like we read about in Germany in the 1930s.

A month ago he bragged about getting his second V x. And my heart sank. Exactly two weeks later, to the day, I heard from a close friend of his, that he had had a stroke, and then they also discovered a brain tumor. He made it through his surgery, and began to rail against all the authorities he had endured. And their corruption. Was this just brain injury or truth? We will never know. Because of this the state controlled university in our city, became very concerned, and started to reframe what he had said, so I assume some of it was true. And then, there was an indication, that the state controlled hospital who was overseeing his care, may be taking harmful actions to insure his demise. And then he went quiet.

I believe if it is meant to be, he will recover, and he might be a person who can help others. So I stand by him, albeit at a distance. But seeing him as fully recovered. There will be many like this. Everyone has a role to play. I believe this. And the timeline may be long. But those imposing such suffering will not win.