Peter Levenda on the Hidden Controllers of Humanity

In the latest chat, some of us had been wondering about him and his long absence … and now here he is with Whitley Strieber 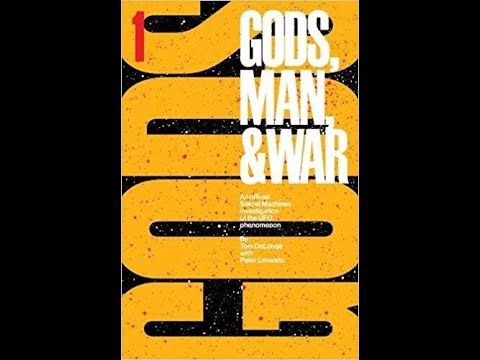 When we went to Uluru and spoke to an Original elder who allowed us to see what was left of a cave used generationally to educate their tribe, we all expected to hear more about contact. Europeans have so oppressed them, however, that they had chosen to cover these historical drawings to avoid conversations like what Whitley and Peter are having here. Very sad statement for our culture.

The ‘cargo cult’ idea is intriguing!

Here again, the attempts to duplicate what happened to us, what we witnessed or our perception of it.

Immortality mentioned repeatedly, mins. 48:30, 52:30 & going forward. The jab is a major part of this. The jab is NOT is a direct kill shot!

I agree with you Justa. Most folks worldviews, and cultures are set in ‘stone’. Most folks still believe the Egptians built the Great Pyramid using slave labor for its purpose as a burial chamber. So, it’s really woldwide, and do not all cultures have some mis-understandings? We all probably have a few that could be corrected.

Do you have any thoughts, links or resources that would give some clues about what was covered-up in the cave?

On Lavenda: He found some good evidence on “Operation Condor” being identified and recognized as being part of the ‘consortium’ before making his trip to Chile. He pretty much knew Colonia Dignidad was most likely a German ‘nazi-hide-out, and that it maintained a close working relationship with the Chilean secret police. So, before Lavenda drove up those treacherous mountain roads to ‘scout-out’ Colonia Dignidad, if he really thought his research about it being a ‘nazzi-hideout’ was solid, I thought: ‘Why did he not take some folks up there with him for back-up?’ I have read a few of Lavenda’s other books. Really good information, and they made me ‘think’ differently than before. So, I’m not really dissing’ him that much. Since is it not true that our hindsight often seems to be better than our foresight? Hope all is going well for you on the ranch.

What pyramids? You must be joking about the mine spoils piles in Egypt the, Moon, mines of Osiris Nethys, and such. I was kind of wondering when folks might see things for what they truly appear as, not our imagination, belief, or something someone told us it was. We see IT, right? Cement, slow release of caustic stuff and it’s poison when water gets in the mix. Just melts like well the Sphinx, looks far more than weathered, and the great floods would have added insult to the deal for sure being it that it’s wet. So the Giza plateau was grinded into powder and formed into blocks by big machines leaving all the signatures. No slaves. Just huge grinding hydraulics and engineering. Probably all CAD/CAM design, no slaves but robots yes and power. The tunnels are sick, they never end. They are mine shafts for infinity beneath the plateau. All square, precise laser exact. No light source beneath the surface lol lol ok it’s well not the graffiti guys that gave us 2 dimensional art? No, the guys that made the large turned bowls that are of impossible quality, you know the ones mixed in with the regular pottery like it’s just another clay pot lol at the Cairo museum lol it’s right there in plain sight, these folks with this technology never left. Nooooo. Hidden well but not gone. We’re are them we just aren’t exactly the same. And out there, there are others unlike us.

Just as counterbalance, a story of the natural evolution of mankind. 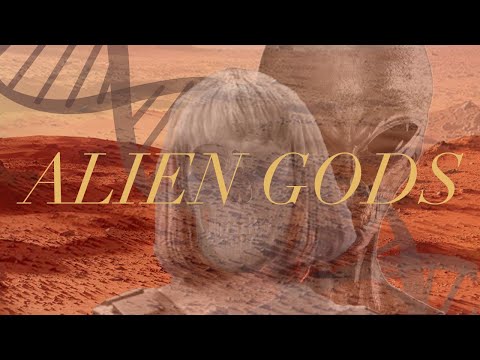 Yes I was just going to post that Levenda could be pushing a CIA origin narrative, he mentioned TTTS and when asked if he was deep state did not deny it and Whitney states that Levanda has worked for front enterprises for the CIA before.

It’s a battle for our mind. We can believe whatever we want to believe. Somehow the evidence of our origin has been well hidden, allowing charlatans full reign.

That alien gnostic bug runs deep and wide. It has infiltrated large parts of Christendom and is destucting itself from within!

Whitney is also adamant in his urging not to believe those who disparage Semivan and Delonge, who Lavenda does state he works with; a tangled web.

Yes I was just going to post that Levenda could be pushing a CIA origin narrative,

Think the truth is mixed with lies. Not a Levenda fan generally but do believe he told the truth about TPTB desires living forever. Nevermind Gigi; my cat is more psychic.

Absolutely, it will kill some more immediately, but the goal is genetic engineering for Humans. The Batch in death, disability and development of diseases like AIDS, cancers, prion disease, etc., is the Tell, e.g., in some locations multiple deaths and many along familial lineages; in other areas not occurring. As disabilities mount, NEW IMPROVED SOLUTIONS involving transhuman tinkering and insertion of WHAT? Metal appears to be a conduit for What? WHO just acknowledged deafness as a side effect. Very low number of 150. Coincidentally, a friend’s Father gene edited went deaf suddenly. Had an operation NEW TECHNIQUE where metal is used in constructing each ears “device”? “‘then they combine the two sides.’” How well it worked I have no info on, but it did work. Many “miracles” of our hijacked medical system tech will repair and extend lives, but a what cost. We are not supposed to be immortal. That was screwed up long ago… We are supposed to have spirituality connected to God. I want mine organic not made by Elon Musk.

The elder of the band of Originals where we visited was painting star symbols over everything in the cave (asterisks) but when the members who were there to teach us (they were “students”- like 40 yo ones) they taught us one of the stories taught there about Pleides. They are VERY cosmically oriented which leads you to believe, since they are demonstrably one of the oldest earth-genetic groups (over 45,000 years) I believe they were teaching contact. I don’t think it is some kind of mystery why the US has a “base” in Alice Springs. Area 51 in Australia. Probably why Richard Dolan was part of the group.

Checked out some details on the cave drawings, and I do remember looking into the subject, and give it some credibility. There is also an interesting story about the Pleiades, and a connection to humanity’s origins, by Wayne Herschel. While along the same idea of humanity’s beginnings, I do not remember it that well as it was also many years ago, but here is a link to follow for anyone interested: 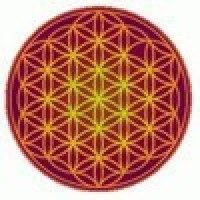 Wayne Herschel’s research into the Hidden Records of this planet provides astonishing links to the Pleiades. Is this the place of human origin? Wayne Herschel woke me to the fact that human b…

Thanks. Enlightening. That is pretty much what they were saying in their parable told on the outcrop where we viewed the desert. If anyone has met with the Pleidians, it is the Originals that I met.

Book is very nicely illustrated too.

Love her or hate her, she isn’t drinking the cool-aid the 99,9% other psychics are drinking and spewing.

Thanks! Once a person intergrates this information into their understanding of ‘what-may-be-swirling-around-us’ and have traveled down this very, deep rabbit-hole, it is just a little part of the whole story.

The ‘whole-story’ is very complicated, sort of like playing a 7th dimensional ‘chess game’. Please keep me in mind on your discoveries, and thoughts. The good part is the final discovery will lead us to a way-out of the rabbit-hole, if we stay on-track. Problem is that it is difficult to stay on-track, but the KEY is to never HATE anyone. Always stay on the ‘positive side’. So, please keep in-touch. Thanks!!!