Petition to redress of grievances

I posted this in another thread, but I wanted to post it as its own thread because I think this might be an idea to consider and I wanted to get people’s thoughts. I think the next short format vidchat should be on a theme, and in this case, the 1st amendment, and more specifically, petition of the government for redress of grievances. So, what I propose is a discussion along the following lines: if you were to compose a hypothetical petition to government for redress of grievances, what would those grievances be? And then, how would those grievances be expressed in a written document?

I’m no lawyer, nor even an American; but, if one asks for an expression of grievances, isn’t that an invitation to fight again battles which were already fought by the founding fathers, and isn’t it to put the people in a position of supplication?
Surely the way forward is for the people to demand that the existing constitution be enforced rather than trampled as at present? The written document already exists, signed and sealed.

My intention in suggesting it, was to get people to think about "things that need to get fixed, one of which is to observe it.

@vardas3 No doubt that’s something we all need to do, even us non-Americans

Yea… I just wanted to start the process… getting to SPECIFICS would help focus our minds one what needs to be done.

@vardas3 Well, Number One on my list of grievances would be that the constitution is not being enforced! To avoid squabbling over what else should appear on the list, I think my list would only have one item!

Unfortunately, that is the kind of generalization I hope to avoid.

@vardas3 Oh dear. Well, as I said, I think the founding fathers handled the specifics rather well.

I am no American but I would ask my government why I am pushed to ignore basic truths of reality like I am a structured being living in a 3d world that comes with appropriate responsabilities. Why deny the masses the natural nature of hierarchy whilst so many are lost in pretending to belong to an overlord class so they can pretentd to ba an exception!

Excellent idea for a vidchat topic! I think the Declaration of Independence is a good model of the ways specific grievances can be enumerated, justified, and expressed. The Petition to the King by the Continental Congress of 1775 is another (Petition to the King - Wikipedia). Just update the language to pre-woke contemporary English…

THat’s more or less what I had in mind… enumerated specifics building to general principles.

“Things that need to get fixed” like citizens filing criminal charges against government officials, through say, the sheriff instead of a corrupt prosecutor or states attorney general? And affording the sheriff the authority to convene trials outside the corrupt judiciary? I’m not sure if this would work, in smaller counties without large cities, it might. If any of what is happening comes to a head, something like this may need to happen. Deputize citizens to be judges and jurors temporarily. Anywho, I like the idea and will set my mind to this proposition.

This is a good idea.

here is a rough template of a possible preamble…have at it.

Petition for a Redress of Grievances by The People with Respect to the Governments operating under The Act of 1871, Amendments 14 and later, Subsequent Entities, States of Emergency and Executive Orders, Statutes, and Regulatory Practices

In the cycles of nature all things progress and decay. It is only through Human Action and Divine Agency that forms in comport with His Divine Nature come into fruition. In the court of human events, these United States have found themselves approaching a state of homelessness on the land their forefathers paid for in blood. The contractual implement that purports to identify the will of The People has been clipped, molecule by molecule, until in its current state, the contract which governs the affairs of The People is seen by many ill-advised and ignorant souls as a reference document by which they keep score of their most-recent depredations.

Without respect to the decay of the parchment and numerous avoidances from its plain meaning, We the People, in order to secure adherence to the terms and conditions by which we have proferred our Consent to be governed according to a framework our forefathers chose with us, in our imperfect wisdom and guided by Divine inspiration, do assert in the strongest terms that this covanant be met prima facie; in order to avoid deeper conflicts with more strident means and thereby with outcomes uncertain.

It is with these elements in mind that We, with a character of charity towards all men and women and, in the light of liberty bequeathed to us by Providence, common sense and courage, do:

It’s a start… but I have in mind more of a statement of particulars.

I would think that an element missing from the Bill of Rights in the US Constitution is in order : The sovereign right of the individual citizen to determine one’s own manner of health care as well as that for the maintenance of the health and well-being of one’s family and household.

Here is an excelent summation of CoVid Scamdemic we can use as source material. 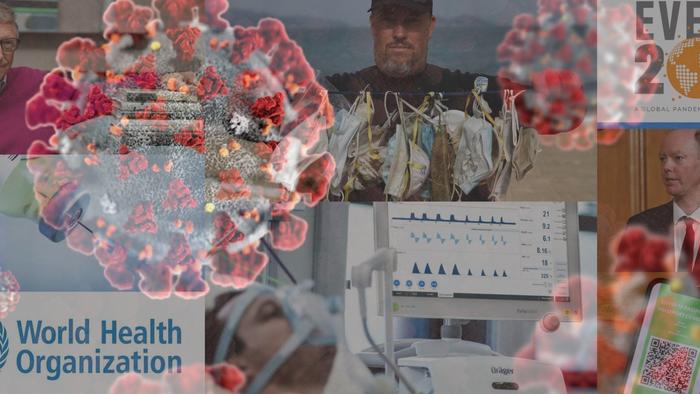 30 Facts You Need To Know: A COVID Cribsheet

...'religions' aren’t susceptible to argument... but if you are fortunate enough to find yourself in a real argument, here’s an invaluable resource...

Attempts to amend founding documents are time consuming and risk being hijacked by opposition. Joseph is correct in his Bill of Particulars approach.

The sovereign right to transact outside of a Federal Reserve currency with NO restrictions. (FINCEN - BSA - KYC financial reporting Patriot Act garbage should be expunged)

The sovereign right to transact in amounts equal to or greater than zero without restriction and/or surveillance reporting requirements.

The sovereign right to trade currency/goods without restriction.

The sovereign right to do business with whomever i wish in whatever way I desire.

The sovereign right to conduct myself like a corporation with complete approval from government minions without restriction.

Corporations are people too.
-High Court of Babylon