Project Olympus? NASA is building a moon base for the gods?

Project Olympus? NASA is building a moon base for the gods? 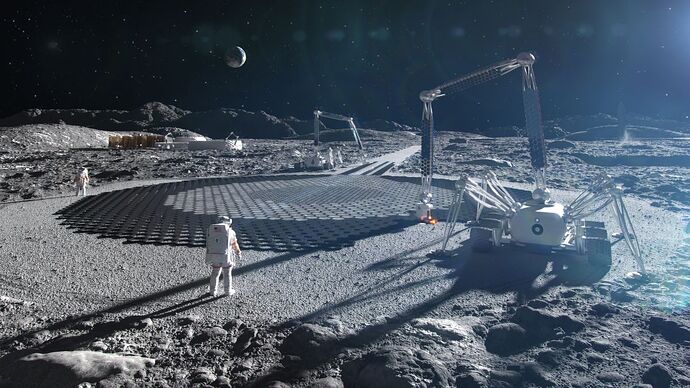 For GOD’s sake, LITERALLY, when will people wake up and see the fraud in all of this? No one is traveling to the moon in the future nor did they in the past. More money for either DUMB’s (undoubtedly the #1 choice of expenditure) or building out something in Antarctica for the .1%.

And your incontrovertible proof is???

The photographic “evidence” from the Apollo missions (anomalous lighting, reflections, etc.), the CGI goofs continually being illustrated on ISS, including the water bubbles in the pool and the reflection of the aquatic camera in the “space helmet” during the “space walks” outside these “orbiting platforms”. The Van Allen Belt problem, confessions of ISS “astro-NOTs” that we have never been able to travel beyond lower earth orbit. The fact that all the data, enough to fill a gymnasium, that NASA “lost” of the Apollo missions (plural).

How does a propulsion system work in a vacuum? Listen to interviews with Neil Armstrong, et al- none of them could get their stories straight- could see stars, no stars. Small step out of the lander when actual footages has him jumping FEET to the ground. Take a GOOD look at the blue marble pictures- again - totally photoshopped images. See the shiny cable above the backpacks of the Apollo moonwalkers- the shiny line projecting out of the photo image and behind the antenna.

I have spent HOURS looking at evidence. That is how I can say this.

Why do you keep insisting that people are not awake and don’t see the fraud?
As you point out, there is a difference between knowing something & taking action.
It’s very unfortunate, but this is typical herd behavior and is why I do not have the optimism shown by many others. Most herds don’t react until the door closes behind them. You’re a student of history, you know this. I know this. Most people know this.

It makes me ill but I’ve had to realize it’s one of our biggest frailties as humans and TPTB know it. AT THIS POINT, I don’t believe many of us will survive, in tact, what is to come. I know it and you know it too.

The company is out of Austin and is known for 3-D building. He has big connections in the architecture world. Found a small article about the CEO written in 2021 in TIME magazine written by a world famous architect. Evidently he was given a little leg up in his career. These guys plan years ahead… 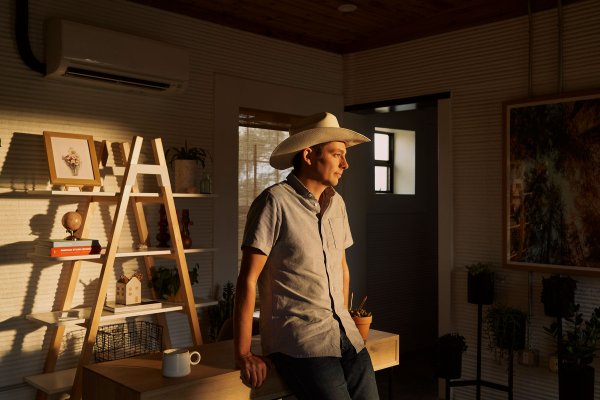 There’s a myth that to succeed you need to be an a--hole. I believe the opposite to be true. It’s much easier to excel if…

This is the guy who wrote the article.

Bjarke Ingels Group, often referred to as BIG, is a Copenhagen and New York based group of architects, designers and builders operating within the fields of architecture, urbanism, research and development. The office is currently involved in a large number of projects throughout Europe, North America, Asia and the Middle East. As of 2021, the company employs 600 people. Bjarke Ingels and Julien De Smedt established the company PLOT in Copenhagen in January 2001, as a focus for their architect...

I’ll bet this has nothing to do with the moon. It’s simply research funds to advance 3-D building.

“Faith is the evidence of things unseen”.
Still not irrefutable, incontrovertible proof.
We have been lied to, but about what?

The reason I am so adamant about this is what affect the moon landing had on my life- like so many others. My father got us all up and we gathered around the television and watched breathlessly. I am from Ohio and going to college, I drove past the monument to Neil Armstrong along the highway, an Apollo information center. Neil eventually become nearly a hermit and moved about 12 miles from my home in Lebanon, Ohio. I never imagined for a second that the entire event, especially the catastrophic explosion of the Apollo 13 killing the 7 astronauts, could have been a L I E- all a complete LIE. Six of the seven astronauts that were supposed killed are alive- some professors keeping their same names (Christa McCaullife took her first name back), one an attorney, but all totally ALIVE. Every single astro-NOT is a mason which explains how they could keep a secret. When I found that out, it made me go back and start studying the pictures and analyses of the Apollo missions.

No one could be more angry to realize the extent of the NASA lies. I don’t think I would have accepted the extent until I researched the virus phenomenon, realized the extent of THAT lie, and then got the picture. I have believed this (fill in the blanks) for nearest 60 years. Distract the people with the idea that we are on a Godless PLANEt, whirling through space, that we could leave this Godless place and find other dreams meanwhile fearing all the cartoon germs that they can dream up while they poison us into their control. Propatainment and propacontroll.

I am perfectly happy now to recognize what Von Braun was telling us on his gravestone- that we live under the firmament of GOD. On the cemetery tombstone is marked with his name and Psalms number: 19:276-19:30 . That scripture declares: “The heavens express marvel as their Lord does his work and the firmament declares his triumph."

The idea of an idea makes anything believable, all that is required is to convince an “influencer” to propagate the idea.

The latest from Dr. Caca😅 See news clip.
Always a narrative and a computer is involved. 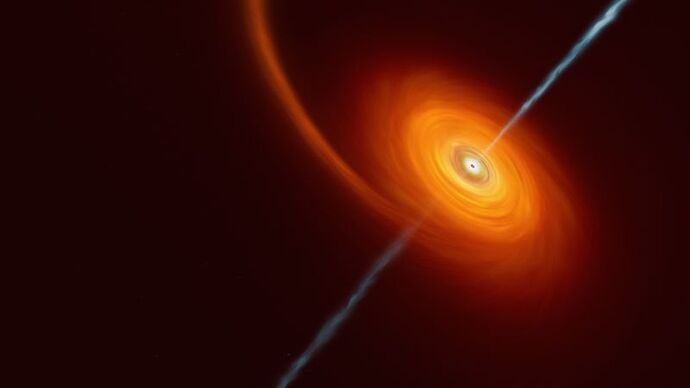 A star that strayed too close to a supermassive black hole was ripped to shreds, releasing an incredibly bright flash that appeared in our night sky in February.