a must read at Saker’s. its hard to deny any of his words.

Putin’s Address to participants and guests of the 10th Moscow Conference on...

Anybody that believes a single word of the current occupant of Kremlin, does it to his own peril.

Think of this! If it wasn’t for Russia (and China), the world would now be ruled by American politicians. A frightening thought indeed.

arguments dear Q?
any arguments against the stated things and the logical elaboration of things that are?
i inquire u. reason please. on ur own peril.

American Dream
“You have be asleep to believe in it.”
George Carlin

Because Russian style dream is or ever was so much better.

u do not know much about the Rus, i guess.
one has to be blindfolded to not know, see the beauty they brought to Earth.
have u read any of the Russians? have u listened ever to Tsaikovsky? (who is one of my favourite homosexuals btw)
i have. but i know Mark Twain as well, how to measure the depth, Poe is everclose or evermore? and all the sci-fi and fantasy writers, when no truth could have been printed in the mainstream, they submerged into ‘new’ genres. Robert Howard, E.R. Burroughs, Vonnegut, Bradbury, Anderson and of course William Gibson etc…
although one is not able to read everything, that’s for sure. but i read my part. never really liked Stephen King though.
dig up ur Russian grave. read them, listen to Rachmaninoff
btw Russians do not dream. they are realists mostly. although Dostoyevskiy said that “Beauty will save the world.”
u picked a wrong pickle with me. though i could just show a mirror, and dadamm! look what u r doing with the world. bullying, killing and playing divide and conquer.
and its not a dream. its a fluxing, slimey, devilish nightmare of the worst kind, destroying everything it touches.
arguments?

Ma’am, I am fluent in Russian, 8 years of studying including college graduate courses in Russian history, geography, science and literature
l read Dostojewski and Tolstoy in original. I have been to USSR and Russia, Lithuania, Belarus, Ukraine many times. I have befriended several Russian from all walks of life ( simple cooks, MD, up to former party apparatchiks)living there and in US.
It’s time for a lot of dear gizars to take their rosy colored glasses off and be a little more critical, not only of Western media/propaganda but also the one that is broadcasted from Kremlin via many outlets in West. Let me bring my post as a repudiation to dr. Farrell recent blog on Russian commercial circulating on YouTube

"OMG! OMG! OMG! where do I begin with that list brought to you by a fine (not really) piece of Putin propaganda.
I guess the fairest way would be to do step by step or rather number after number.
So, let’s go Brandon! errr, Putin!
I see this video more as a Russian gov panicking over a loss of millions of citizens in a first half of this year than anything else.
Nearly 4M Russians Left Russia in Early 2022 – FSB - The Moscow Times

5)" World famous literature": you mean only XIX century literature to begin with, bought to you and paid by private “prelature” of Tsar special 3rd Division of Secret Police run by Aleksander von Benckendorff and paid agents of that police starting with Pushkin, Gogol, Turgenev, Dostoyevsky and creme de la creme of Russian literary propaganda in Paris Mr. Tiutchev.

Few Russians go to church. Many who don’t may still be influenced by their Patriarch’s tirades | MercatorNet

14)" Hospitality": I have been to Russia several times, know and befriended several Russian in US and this is true, for most of the part their hospitality is fantastic but, yes but, the greatest hospitality I have ever experienced was among Bosnian Muslims, who fight among themselves who is going to house and feed their guests.

Links contain reality of current Russian life. Something to ponder and think more deeply rather than focussing on latest narrative coming either from West or East for that matter.

i’ve read that already. nice piece, neat. i was not talking about that at all. let those feed upon it whom it ‘bothers’.

u lead the conversation astray. again.

but i am not the eastern bunny with cheap carrots to feed, nor Santa Claus, and neither the Pope. u’ll have greater catholicity with them. and not a Ma’am btw, but it really does not count in with the facts stated.

ur transliteration of Russian names does not show fluency in Russian at all. sorry. Dostojewski is either blatant or provocative. these do not have any place in a correct and precise discussion. shame on u.

knowing so much of Russia and just pounding Her is the official CIA/ABC way. thats what u do. sorry again. hope the payroll is ok.

argue with Putin words, that was what i asked. do it if u can.

i do not care about Russian state propaganda and ur itty-witty dissection of it. Russia will deal with it’s problems, as did before.
i grew up in the Eastern bloc, so as i told u: i am the wrong pickle for u. i am Hungarian for ur own peril, and possibly know much more of European history than u, although i will not recite my academics, since it really does not mean anything on the net.

“expertise is just another communist lie.”

this is a sentence to learn for every level-headed people. its from István Csurka, one of our prophets, poets, writers and visionaries of the last century, who always got it right. expertise: u just get a fancy paper with a badge, that u r officially brainwashed. GRATS! i am even able to cook without that, imagine!

u just ran into concrete, again. hope ur head is ok.

argue with VVP’s words. just do it. thats the topic.
go to Doc’c topic to blather about the marketing.

@QVBB I wouldn’t bother getting involved with any kind of discussion with @kalamona, he along with another certain user who Dr. Farrell has tried to ban are the reason I am not participating in this forum anymore. I agree with decent, robust and respectful discussion, however, some of these rambling posts that don’t add to the debate just seem to me to be baiting for further argument. This is supposed to be a place where like minded people can step away from reality and the main stream media and share topics, ideas and information. This forum desperately needs active moderation.

what a desperation. argue.

this is priceless! love it. “stepping away from reality” is the goal of the forum u think? more likely stepping into reality.

ur comment shows as well that u r not participating in this forum anymore, although u write into the topic i posted… just to insinuate and demean ‘kalamona’.
great logic! great job! gave me a smile. thank u for that.

good night, see u later, do not forget to not participate at all, maybe we will see u more frequently!

p.s.: please do not forget that the topic is about VVP’s speech. i did not hope it would be such a rock in the chamber-pot.

@kalamona, all you do is bait to argue, you do not add to the discussion, you barely make any new posts. All you do is make derogatory comments on articles or posts that other people have taken the time to add to the forum.

Couldn’t agree with you more on both issue :

@Azchuska
The other one was banned less than 48 hours ago. Please consider posting again & ignore the ones you don’t want to converse with.

just love this choir. so if everybody is here let’s relax into reality. dedicated for the 3 of u. 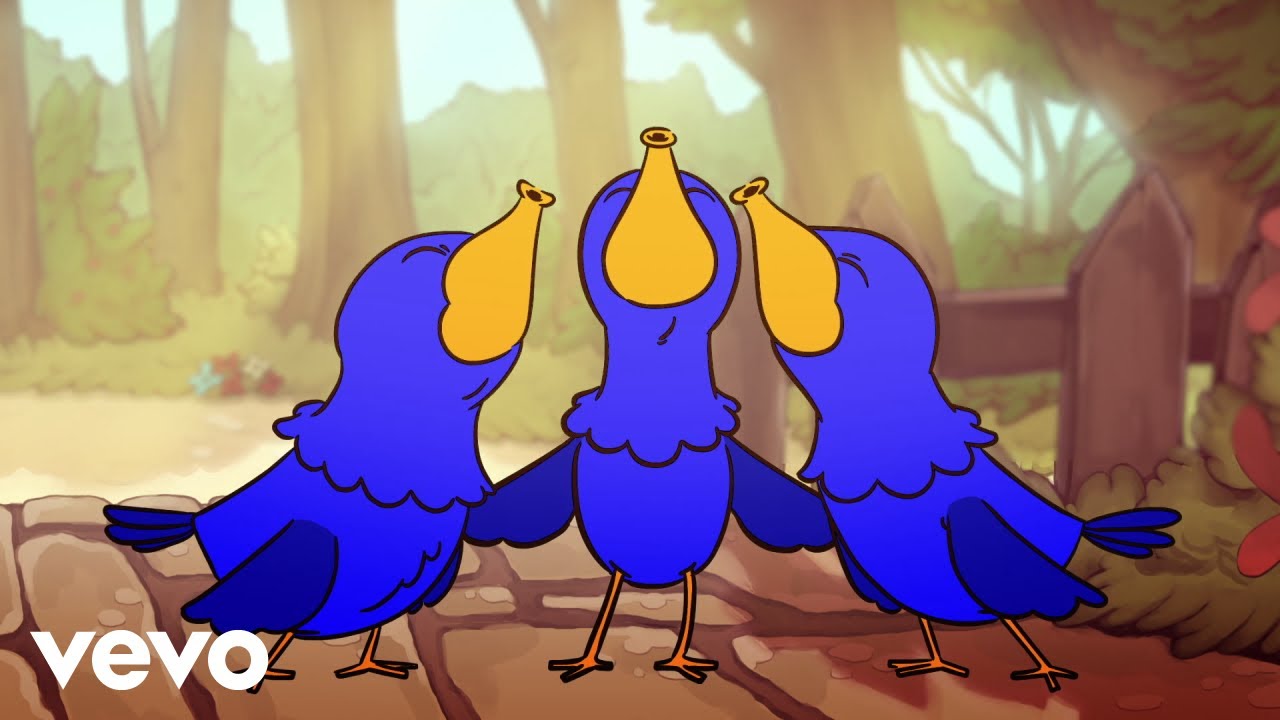 would u be so kind to stick to Vladimir Vladimirovich Putin’s words - since that’s the topic, the heading contains it. non of u bothered with that. what does that tell of ur ‘artillery’?

may i help with anything else? 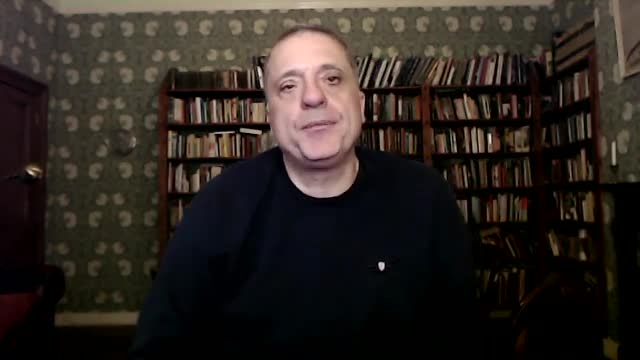 Mr. Putin did call out the magic word “sovereignty”. In that vein I am not sure Mr. Putin is after a free and inspired life for all.

Personally, the flavor of slavory doesn’t matter. Be it thru unipolar and or multipolar means, under both systems a slave is just a slave. But is that the extend of the comparison? CAF mentionned she noticed a shift in policy described as given up on “the people” together with a financial shift centered around stealing all assets from the people as primary goal.

I believe the stealing of all assets was half the agenda by the unipolars, genocide and depopulation the other. The whole policy to instil in Western populations, that objective reality, is a ruse and should be ignored in favor of feelings, leads to serious derealisation and depersonalisation of the person who adopt these doctrines. This is the method of the one world fanatics and is seriously weakening the resilience in sanity by Western peoples and thus posibility of pushback.

Technologically, humanity is on the cusp of a lot of things and I think a part of the elite did bank on that technological prowess too much to soon whilst the other halve did a better assesment. None the less, that makes every man, woman and sadly child fighting for sovereignty!

For me, the most sour part especially in Western governed part of the world is the loss of capacity in protecting our young ones due to blindness and obsession of ones own feelings!

I liked this post and was especially sad to read about the orphans, I remember reading a harrowing account of a poor disabled boy growing up in one of these godforsaken places. I also remember Russians happily selling children to Western parents. Truly shocking. The propaganda is on both sides and I for one am not buying it from either sides. Russia looks no better than an autocratic national state committed to the great reset within its own borders, for now that is. But who is to say that the SMO in the Ukraine may not be extended to other countries. Russia to me smacks of Continual slavery for all within its realm and for those who may sadly move there thinking the grass is greener. As I said I am not buying it.

“Continual slavery”
You nailed it. The worst thing is that even today most of the Russian don’t realize it, or are in a confounding denial.