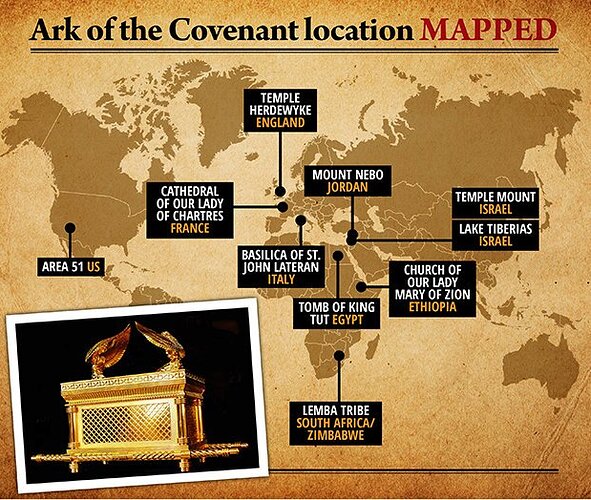 BIBLICAL archaeologists have claimed to have narrowed down locations that may be the secret hiding place of the legendary lost Ark of the Covenant. The sacred relic — known as the thrown of God — has been sought for centuries by archaeologists, a search made famous by the fictional 1981 Steven Spielberg film Raiders of the Lost Ark. Scholars of the Old Testament believe that the Ark was a wooden box about four feet long, two feet high and two feet wide. It was said to be covered inside out with gold and crowned with two winged angels. When complete it contained two stone tablets inscribed with the Ten Commandments which Moses received from God on Mount Sinai. The Ark is also believed by some to contain other biblical items such as Aaron’s rod — thought by some to wield supernatural powers. For this reason, treasure hunters and archaeologists have long been fascinated with finding the Lost Ark, which is believed to have vanished around 687 BC when the Babylonians destroyed Jerusalem. But two compelling theories are today being pursued in the bid to find the Bible’s most important relic… (READ MORE)