In a world where ESG is all the rage, and the transition from coal to cleaner energy sources is paramount, the UK has become the latest country to embrace nuclear power.

Rolls-Royce Group, BNF Resources UK Limited, and Exelon Generation Limited will develop small modular nuclear reactors (SMRs) that will allow the country to meet net-zero commitments. SMRs will be built in the UK and open for export to customers worldwide. 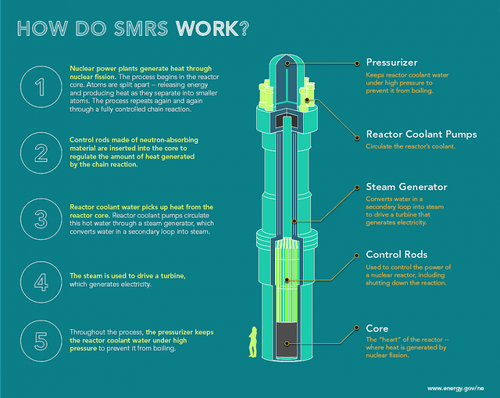 With every passing week, our core thesis set here last December (see “Uranium Stocks Soar: Is This The Beginning Of The Next ESG Craze”) is that nuclear would be widely embraced as a net-zero enabling technology for power grids.

Warren East, the Rolls-Royce CEO, adds, "the SMR program is one of the ways that Rolls-Royce is meeting the need to ensure the UK continues to develop innovative ways to tackle the global threat of climate change.

“With the Rolls-Royce SMR technology, we have developed a clean energy solution which can deliver cost-competitive and scalable net-zero power for multiple applications from grid and industrial electricity production to hydrogen and synthetic fuel manufacturing,” East said.

SMRs are a much cheaper solution than big nuclear power plants that have been in use for more than half a century. Nuclear power will be at the heart of Britain’s strategy to reach net-zero carbon emissions in the coming decades, along with the rest of the world.

A combination of nuclear power via SMRs, renewables, carbon capture, and storage could be part of a balanced net-zero grid.

Last month, we noted that France was also adopting nuclear as part of President Macron’s strategy for decarbonization.

Recall, Germany is trying to stop the decommissioning of its nuclear reactors. A recently penned letter to the FT, signed by professors from Oxford, Harvard, and American University alongside a group of environmentalists, urged Germany to postpone its exit from nuclear energy for the benefit of the environment.

And just days ago, China has emerged as the world’s great believer in nuclear power with plans for 150 new reactors in the next 15 years, in a bid to transition from coal to cleaner sources of energy.

One of the biggest stories is the company that will power the green nuclear revolution, such as the world’s largest publicly traded uranium company, Cameco Corp.

Today’s nuclear ambitions by companies and countries to fuel the ESG craze will be rewarding for those who bought uranium stocks.