THAT BLACK CUBE THING NEAR THE SUN

Originally published at: THAT BLACK CUBE THING NEAR THE SUN

Today’s blog is about something that many of you spotted and sent along, and as always, with these types of stories, I don’t really know what to think. It’s so stupendous and sensational, that it easily falls into the category of "what fake news story with some fakes videos can we intelligence agencies put out…

it was just me Doc. kinda got sober fast, got ejected again, but later relapsed.

they pay me a good sum for impersonating historical events…

as a black cube. its always about making good points.

@SpaceHub_SL
A high resolution image of a Solar Eclipse

Nice photo of the eclipsed sun

Electronic visual transducers (the part of an “electronic camera” that converts incoming light into an image) tend to “see” things as an array of squares measuring horizontally or vertically but expressed as squares.

Yep , The Borg (a la Star Trek) are here in just time to support the Great Reset’s rounding up of humanity for for the grand hacking.

Oh I didn’t know there was a post about this. Great!
If I may just add some technicalities on the subject of cubes.
These cubes could be some kind of scout ships.
The main thing can follow after a while.
You already know Lord and Cubes and New Jerusalem and stuff…

However, all this is still in the realm of speculation, although as described in the Bible, who will live in the New Jerusalem, the way in which they will live in complete harmony, and who and what kind of peoples or humans ,or entities will still exist outside of the Cube of the New Jerusalem etc… it reminds terribly of the Collective and their Cubes like portraited in Star Trek franchise.

But I don’t know. I’m just fueling the speculation, or trying to put some light in the dark corners of whatever is this.
But as we all know, even a grain of salt is a cube!So… 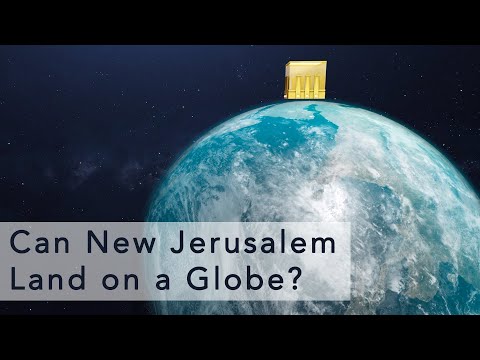 Then one of the seven angels with the seven bowls full of the seven final plagues came and said to me, “Come, I will show you the bride, the wife of the Lamb.”

And he carried me away in the Spirit to a mountain great and high, and showed me the holy city of Jerusalem coming down out of heaven from God,shining with the glory of God.

The city had a great and high wall with twelve gates inscribed with the names of the twelve tribes of Israel, and twelve angels at the gates.

The wall of the city had twelve foundations bearing the names of the twelve apostles of the Lamb.

The angel who spoke with me had a golden measuring rod to measure the city and its gates and walls.

The city lies foursquare, with its width the same as its length. And he measured the city with the rod, and all its dimensions were equal—12,000 stadia in length and width and height. And he measured its wall to be 144 cubits, by the human measure the angel was using.

**The wall was made of jasper, and the city itself of pure gold, as pure as glass. **

The foundations of the city walls were adorned with every kind of precious stone:

The first foundation was jasper,

and the twelfth amethyst.

**And the twelve gates were twelve pearls, with each gate consisting of a single pearl. **
The main street of the city was pure gold, as clear as glass.

By its light the nations will walk, and into it the kings of the earth will bring their glory.

Its gates will never be shut at the end of the day, because there will be no night there.

And into the city will be brought the glory and honor of the nations.

But nothing unclean will ever enter it, nor anyone who practices an abomination or a lie, but only those whose names are written in the Lamb’s Book of Life.

Next… And he measured its wall to be 144 cubits, by the human measure the angel was using. In those cubits I speculate 144,000 would be accommodated!
1000 each in one cubit!
Teleportation device as shown i Star Trek, and it’s Buffer component as **long -term storage?

1000 and each 1000 stuff …in one cubit! plus virtual world and A.I. kind of accomodation combined and intertwined,with all possible thigs one can desire?
Somehow I have a feeling that I am over the target!
But i don’t know. Opinions anyone?

Thank you! Nice to see another paddy here, especially one who uses Irish Gaelic.