THAT HIDEOUS STRENGTH? OR ARE MORE AND MORE PEOPLE SHORT-CIRCUITING?

Originally published at: THAT HIDEOUS STRENGTH? OR ARE MORE AND MORE PEOPLE SHORT-CIRCUITING?

This odd and intriguing article was spotted and shared by K.R., and I’m passing it along, because I’ve noticed the same thing: Why Are People Suddenly Short Circuiting? Now, I share this, because “short-circuited” people seems to be on the rise, and some sort of hypothesis would seem to be in order. One has to…

Just to address the condition and quality of politicians getting trotted out before the public for the last 40 or so years, it’s obvious to me that they’re deliberately undermining public confidence in the government. The whole Clinton/Lewinsky thing was debased on every level and made it clear to me that some global system will be offered at some point that will seem attractive. Whatever you want to believe about Trump, he far to often choose the dumb path, continuing this trend.

Agreed, it’s all part of the subversive plot to destroy and undermine all the governing and established institutions in society, from religion to the family to education, government and total destruction of culture. And yes Trump was and can ever only be a disaster as a politician let alone a president.

I hope we learn more about how the vaccine is damaging people. The early reports about injury to the blood vessel lining still seem to be relevant. So, the vessel tissue is weakened or destroyed, then there is nerve damage and blood pressure control damage (causing strokes) and organ damage, depending on how the person retains the mRNA spike making capacity in their system. The brain damage impacts the eye and face nerves. Scary stuff Seems like the focus should be on stopping the uncontrolled spike protein damage. But the news went to Ukraine and pretty soon it will be election uproar.
For the spiritual loss, I think this is brain fog and the loss of abstract thinking.

This is sad. Some people will be fine and carry on. Hopefully we will figure out how to get to ‘never again’ Maybe using the Nuremberg principles on informed consent.

In my opinion, I think the some of the jabbed people are having small seizures, that make them appear to look robotic. My oldest sister was brain damaged at birth in 1955 due to a placenta previa event that left her oxygen starved for almost 12 hours while the hospital had to get 3 doctors to sign off on a c-section (another brain damaged due to hospital policy…Ugh!). My mom was determined to give her a good life where she is happy so she helped her with special diets, therapies & schooling. Thank God my sister is doing very well compared to what the doctors told my mom to do with her (put her in an institution and forget about her…grrr). If you want to piss off an Irish-Catholic mom, tell her to dump her kid and forget about her. She went into warrior mode.

Anyhoo, my sissy has seizure activity that happens almost all the time in “Mini-seizures”. They last from seconds to minutes and they are noticeable if you are in the middle of a convo with her or she is doing something like cooking, cleaning, paying for groceries at the counter…She also had Grand-Mal seizures on and off for my entire life living in the room next to hers till I was 23. We finally, knock on wood, found the right supplements, meds and diet that control those. But from birth to her 30’s, she is 67 now, the seizures were quite frightening. In fact, the Grand Mal’s looked A LOT like the horrifying spinning, flopping, tossing under a train videos that are popping up online in various countries.

These tiny seizures cause her to sometimes freeze in mid sentence and can be very disorienting to her. She says she doesn’t feel or witness when they happen but she can tell something went on because the person looking at her is usually saying “Miss! Miss! Are you in there?” or time had gone by a bit, not long, but the raw egg in the pan was now cooked, or burnt. The biggest reason she can never live alone.

Ever since the movies of people falling on their face appeared online I thought, “I wonder what vaccine program is going on over there?”.
People are being filled with poisons and bit and bobs of crap that are clogging their delicate tissues and circulation that in turn are killing nerve pathways.
People are being brain damaged and murdered by poisons.
Are they being turned into robots? I think it’s worse than that. Their brains are being damaged in a way that removes their ability to move, think and plan like humans normally do. It’s making people into lobotomized zombies.
Praying for us all.

I disagree. America was on a road to self sustainability and becoming a player in energy needs and importing again like in no time since WW2 under Trump. He was just not a career parasitic politician in the “old boys club” that made him the “hated new kid” that outshone the others in his class and warranted their distain through envy and self loathing.

Yes he did such a sterling job that now you are seeing just how many people are being damaged by the vaccine introduced through HIS operation warpspeed. If you want to delude yourself that a two system paradigm exists carry on smoking the hopium pipe. Trump is an opportunist, casino, real estate owner/ businessman with clear links to organised crime. He is not an intellectual, intelligent, religious and let alone moral man fit to run a nation but in a time when the paradigm does not profess to be what it should another puppet in the White House is not going to make the slightest difference. I suggest a large dose of reality directly and regularly shot into the arm to assist you through this tumultuous and ever changing period. Being grounded and focused on said reality will and can clarify possible paths forward which will prove more advantageous than holding onto a false belief in a defunct failed system and it’s produce.
Strongly disagree all you want you belief, which is delusional, is not going to help you. As they say, it takes two to tango and Trump is just as much of a symbol of what is sick and rotten in the West. Ask yourself are things going to really change with One man/ puppet back in power?

A messianic savior, whether an individual or a small group, has been programmed into the zeitgeist. Any disturbance to that idea is problematic and dangerous.

Damned if he did and damned if he didn’t. Warp speed was not a mandate until after the Demos got in. You can try to twist this all you want but did not address my initial statement about resource independence. Why? I guess you like paying more for gas and electricity and blaming anyone but Biden for that (Putin?

). I’m not going to get into a TikTok type debate with the likes of you on this otherwise intellectually stimulating site as it will just degrade into the typical juvenile mudslinging fest you are trying to drag it into and excel at I’m sure. Address the point made or go back to Twitter - Oh wait! Forgot that rats nest is being purged of rodents also. Oh well, good luck wallowing in your own crapulence. 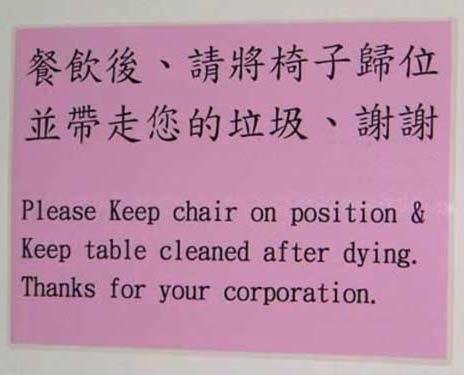 And back to people short circuiting:

Have definitely seen a lot of people acting differently, especially those who were shot and boostered. Can name people who are not the same people and seem to have a reduced capacity for higher level thinking. Also some who say they are Christians, yet now demonstrate active wokeness - even those in the clergy. It is getting to the point where in an abundance of caution, all must be looked at closely and none at face value.There are even some remarks on this Topic that seem a bit over the top.

Have missed several vid-chats of late and must catch-up. The open spiritual nature of what is happening can no longer be rationalized as anything else.

I think we are looking at something spiritual

Thanks @vardas3 for the post and would love to read some boots on the ground GIZA reactions to a IMO very serious strangeness.

Be courteous to other people here, or leave.

My apologies. I’m not usually baited so easily into the mud pit. I’ll behave.

Rudolf Steiner predicted over a century ago that- “In the future, we will eliminate the Soul with medicine”- and, as we have all witnessed, a large portion of the populace are now quite probably medicinally cut off from “The Source”… And if “God” is no longer on the phone then perhaps it’s open to “Others” or something akin to an eighth sphere in an age of Ahriman… It’s hard to have a clear perspective though really, due to the fact that “We” are the Skin in the Game… “We” are the business…