The American Bolsheviks and The Libertarian Order

The author refers to Middle Asian practitioners of Babylonian Judaism as “jews,” but they are clearly not in the sense of the Bible. The Palestinian Jews are the remnant of the Hebrew tribes. Still, this article jives with Dr. Thierry Missan’s analysis of Straussian Jewish Interlopers dominating US levers of power. And it even jives with loopy Ben FullFORD and Clif High and the origins of this group in the region of Southern Russia, a warlord empire called Khazaria. This group survived through raiding and deception and were forced by the Rus and other nearby peoples to covert away from child sacrifice and Satan Worship and adopt one of the three abrahamic religions or be destroyed. Some internet commentators believe that they are the descendants of Cane and were the kicked out of Caanan by the Hebrews and then built an empire stretching from China to Romainia. So they went underground while they took over Judaism. Because the Rus forced them to behave and left them no options, they have a white hot hatred for Russia. Sound familiar?

I always took this kind of discussion with a grain of salt, and have known personally and closely many fine Ashkenazi jews, even dating two, I also recall that they do not trust outsiders and regard non jews as inferior to themselves, while hypocritically decrying disparagement and also rascism against their group. They are the most racist group there is.

@SteveJinks
Haven’t read all the article yet, but seems very informative. Thanks for posting it.

This may be of interest to you if you aren’t already familiar with Tim Kelly’s podcast. His guest, E. Michael Jones, is well-versed in the history of the Jewish levers of destruction, and total control of the demolition of society from within. With erudition and humor, these guys do not pussyfoot around the issue of the “men in small hats” and their architecture of evil. 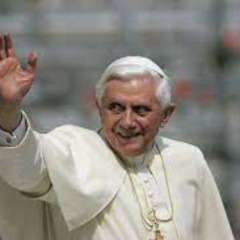 Dr. E. Michael Jones returns to discuss the FBI raid on Mara-a-Lago and his recent article “Ratzinger and the German Problem” which is published in the current issue of Culture Wars. We also talk about how the psychological warfare that was...

Dr. E. Michael Jones returns to discuss the FBI raid on Mara-a-Lago and his recent article “Ratzinger and the German Problem” which is published in the current issue of Culture Wars. We also talk about how the psychological warfare that was waged against conquered Germans in the postwar era is now being…

These Khazarians keep popping up. Another area that keeps popping up is Turkey; it’s history and ancient inhabitants make one wonder if they are the North of Israel persons who will attack and not Russia. Of course, the series/timeline of these events may be dimensional or address multiple narratives and parallel times as JPF discusses in his Webinar discussing the 3 tribulation scenarios. The descendants of Ham beginning with Canaanites were literal giants that ate people and worshiped and sacrificed their babies to Molech. Thinking some of them are still around today.

These books are heavily censored of course

What is the name of that webinar please?

Rabbi Antelman wrote “To eliminate the opiate” goes into detail how they destroyed Torah Judaism for the sake of the one world order. All he wrote is being played out today.

JPF’s is under member webinars: Members Only

The Khazaians is from various links I have listened to and read. The Magog identity occurred to me when I was looking at some old maps and from inferences found in Van Dorn’s book on Giants.

just remember they are not “Jews”, which were the 12 tribes. There are indications they might be the descendants of the Caananites, who were kicked out of Israel by the Hebrews. They trace their ancestry to Cain, who murdered his brother so long ago.