Hi folks: ok you’re not going to want to miss this one. This is a recent interview with Dark Journalist, and my cousin Marty Farrell, on PROMIS and Danny Casolaro:

it was a very interesting hour. thank u. never heard of the subject before, so it was quite informative.
the crypto-mining feature was something that rang the bell as i had a hunch years before, that someone-somebody may/can/does/must follow the so called anonymus operations/transactions.
thanx Doc!

Any ideas on who created the initial back door?
Nazi international, Chinese? Russians? Any one

Both hours are now available on DJ’s website. Great topic! Synchronicity.
I just got a number of books on the subject last week! This is so cool!

Who is Satoshi Nakamoto?

Anyone interested in a good summary of who had the chops to have coded the blockchain in C++ should read this book.

Bitcoin The Future Of Money
Dominic-Frisby

I only listened to hour one so not sure if this connection was mentioned. Whitney Webb did extensive research on the Maxwell family’s involvement with Promis software and the “trap door”. This research is a Must Read if you are interested in this Octopus with many tentacles. 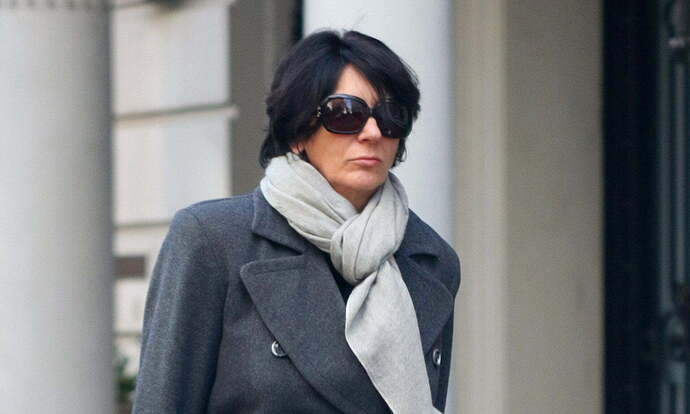 Ghislaine Maxwell is hardly the only Maxwell sibling to continue their father’s controversial work for intelligence, with other siblings carrying the torch specifically for Robert Maxwell’s sizable role in the PROMIS software scandal and subsequent...

Question is who put a stop on the pumping all cryptos.? Did somebody else get the access to the blockchain backdoor.? Similarly to the situation with Promis software in the 80ties.???

This is so great. Remember when Robert Mueller couldn’t recognize what Fusion GPS was during the questioning about his “Report”? Understanding things is some kind of comfort.

@Marcusmojo00 I don’t think anyone knows for sure yet.

Ptech: Not Your Average Software Firm

Ptech was founded in Quincy, Mass. in 1994 and by 1996 had secured a contract with DARPA to help transfer commercial software methodologies to the defense sector. In 1997, it gained security clearance to bid on sensitive military contracts and bid on work for a range of other government agencies. Within four years Ptech had built up a stable of clients that would make any third-party software vendor green with envy. From the inner sanctum of the White House to the headquarters of the FBI, from the basement of the FAA to the boardroom of IBM, some of the best-secured organizations in the world running on some of the most protected servers housing the most sensitive data welcomed Ptech into their midst. Ptech was given the keys to the cyber kingdom to build detailed pictures of these organizations, their weaknesses and vulnerabilities, and to show how these problems could be exploited by those of ill intent. For all of its incredible success, however, many of the firm’s top investors and employees were men with backgrounds that should have been raising red flags at all levels of the government.

Pakistan seems to be the MI6 proxy du siecle, see Imran Awan’s terrabytes to Pakistan and Nancy P’s preferential treatment of the young Mob Royal. Not to mention Debbie W Schultz… btw in those terrabytes were included Library of Congress patents. Every single one.

Good question!
Looks like the internet; was what it was designed to be?
A back-door paradise[pair-of-dice] crap shoot!

Maybe, probably, individuals, on behalf of some shadow network.

You mention a book on Danny Casolaro. Could it be: The Octopus: Secret Government and the Death of Danny Casolaro by Kenn Thomas and Jim Keith?

That book and “The Last Circle” are the two to start with.