If you live in Germany, you may want to begin scouting out firewood before winter.

WORLD WAR 3. Russia will not tolerate this.

This is indescribably bad, and the damage to both Nordstream 1 and 2 is so bad they might as well be gone. Russia has no choice but to take action over this, and there’s only one pathway of action available in the current political climate ![] 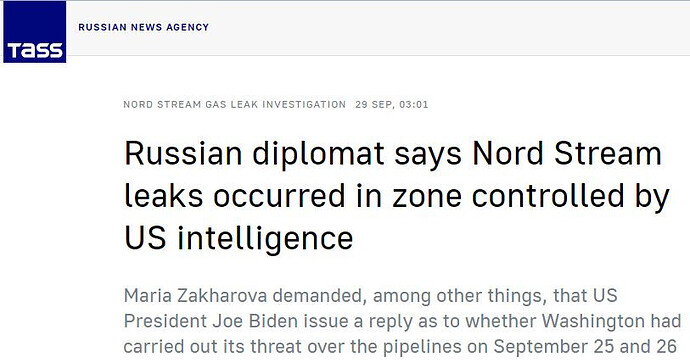 (http://www.jimstone.is/1/tassnord.JPG) The attack on the pipeline occured in waters controlled by Denmark and Sweden, waters which are completely “owned” by the U.S. military. If you are into real doom, this is it. Trump is not lost on this, and they are calling him a nutcase because he is not lost. Perhaps they want to pre-backstab him before he ends up being completely right??

They are all in it. ON THE ONE HAND THERE IS USA supported LNG ports and pipes that stand to gain from the NS1&2 blowing on the other hand Gazprom that has a stake in NSI also stands a gain. More detail explanation in th tweet below. In short blown up NS1 helps Gazprom avoid litigation in courts.

@
@LeftistDisco @vtchakarova No, they can't just 'turn it off'. Stopping deliveries via NS1 (!) made Gazprom liable for many billions in damages in arbitration court, because this is not in accordance with their contractual obligations. Now that NS1 has been exploded... no more legal liability for Gazprom.
2 Likes
ColonelZ October 4, 2022, 9:15pm #25

well I guess that was helpful.

Significant? considering how they play number games, it might be possible:

Excellent spot by Aaron Mate on Tucker Carlson last night talking about the “Stop Nordstream 2” Study at RAND. My new book, “RAND Planned?” went to number one because of this big boost. Thank you to both Tucker and Aaron for their focus on this topic. 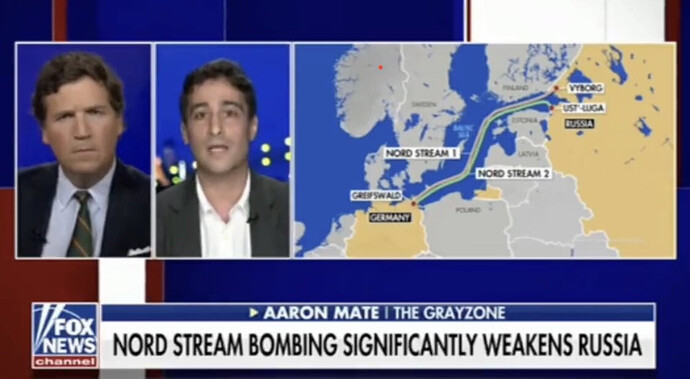 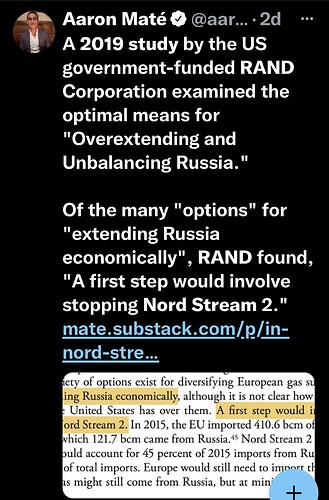 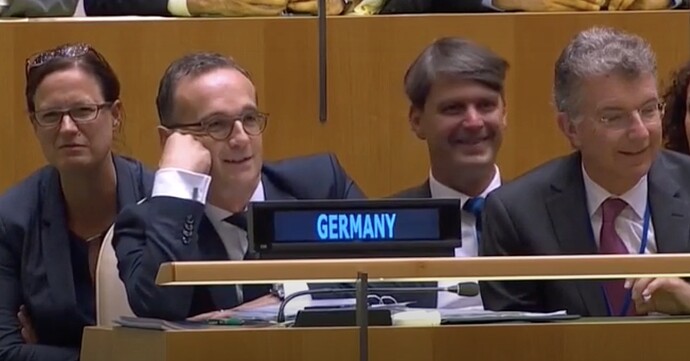 Old video of Germany laughing at Trump's claim they're being 'totally...

Germany laughed at President Trump when he warned them their dependence on Russian oil was dangerous; it's not so funny now.

Russia made no repairs, what’s up with that?

Serious windows 10 event: RT blocked when it worked on Linux.

As it turns out, Russia was bluffing some of the damage. Due to having two separate pipelines there is still a way to get gas to Europe. Now people are suspecting the entire event was staged by Russia, but I would not go that far. It does look suspicious though. Russia will make things happy when sanctions are lifted. 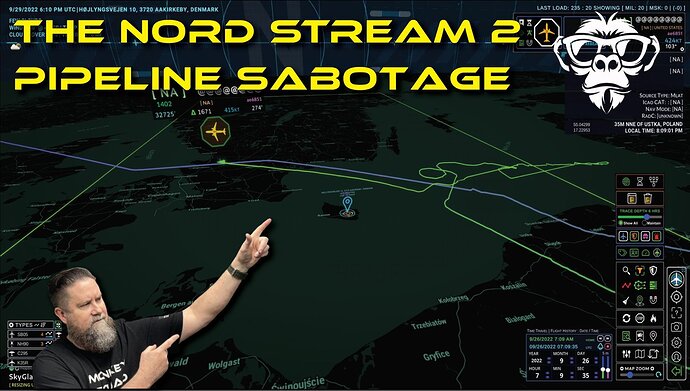 As I sit here with my head on a swivel after the initial SITREP broadcast discussing the findings around this issue, I am thankful that the sea of “Monkey Nation” supporters run deep around the world and that we have so many “trackers” with the... 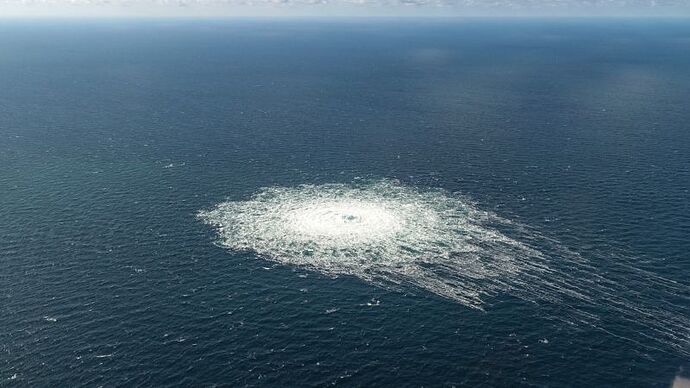 The US is considering offering to use its most advanced underwater sound reading capabilities to analyze audio recordings from around the time of the Nord Stream gas pipelines' apparent sabotage, according to two sources familiar with the matter.

Whoever did Nord Stream has audio recordings of the blasts

Interesting there will be an “investigation” done based on those recordings. QUESTION: How would anyone but the culprit pull that off? No one makes it policy to mic their rear ends to document a random gas attack, why was this one different?

Granted, the US does have microphones placed in various areas to document sub traffic but this seems too lucky.

A “pig” is something sent through large pipelines to clean or inspect them from the inside. One could be packed with explosives to destroy the pipe also, that is not what happened. Rumors have it that one of the explosives did not go off and the Swedes found it. If that is true, they absolutely will know who did it.

I don’t expect Sweden to be audacious enough to call America or Israel out on this, if that is what it boils down to in the end the blasts will be declared a mystery. 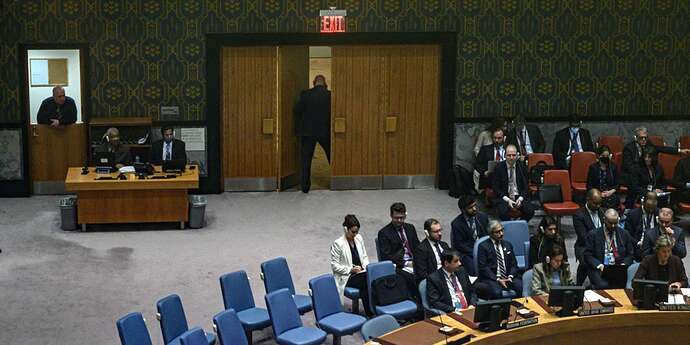 Investigation into Nord Stream pipeline sabotage reignites the race to...

The explosions in the Baltic Sea at the end of September, which damaged the two pipelines, have prompted several European countries to strengthen their capacities.

Nato claimed it was a harmless leftover from a military exercise. coincidence. Sorta like the failed WTC blasts the FBI tried in 1993. Nato put it there and it went kaput. Then they abandoned it. And it definitely proves future intent, why would any exercise involve such a thing without future intent?. 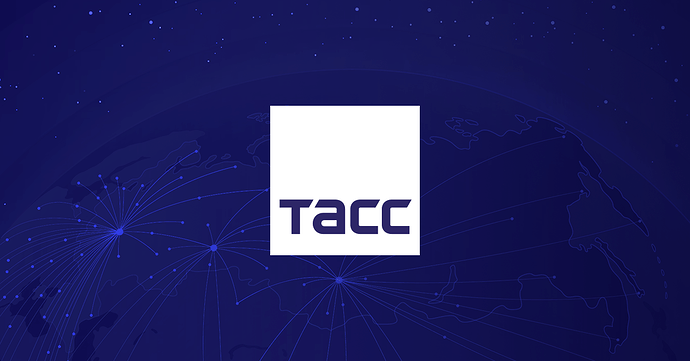 On November 6, 2015, the NATO Seafox mine disposal unmanned underwater vehicle was found during the scheduled visual inspection of the Nord Stream 1 gas pipeline 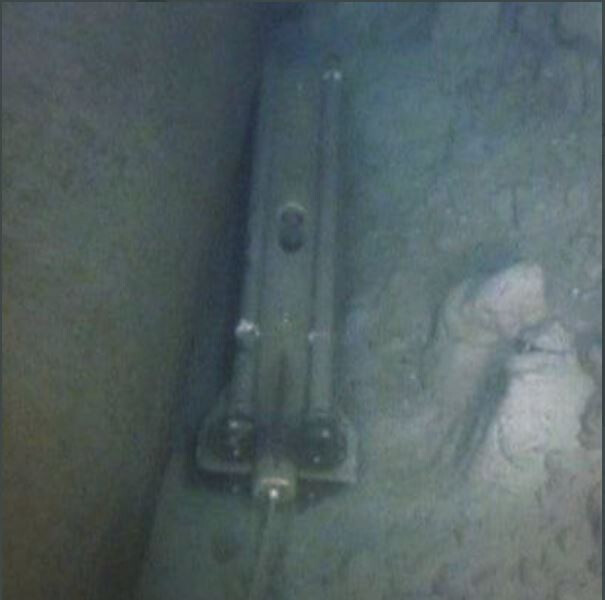