It’s remarkable how Mr. Globaloney & Co. feel the need to hide or pretend less and less as time goes on… Increasingly, they’re saying the quiet part out loud, in the open. I can’t figure out whether that’s a sign of strength, desperation, hubris, or something else.

A group of former intelligence and national security officials on Monday issued a jointly signed letter warning that pending legislative attempts to restrict or break up the power of Big Tech monopolies — Facebook, Google, and Amazon — would jeopardize national security because, they argue, their centralized censorship power is crucial to advancing U.S. foreign policy. The majority of this letter is devoted to repeatedly invoking the grave threat allegedly posed to the U.S. by Russia as illustrated by the invasion of Ukraine, and it repeatedly points to the dangers of Putin and the Kremlin to justify the need to preserve Big Tech’s power in its maximalist form. Any attempts to restrict Big Tech’s monopolistic power would therefore undermine the U.S. fight against Moscow. 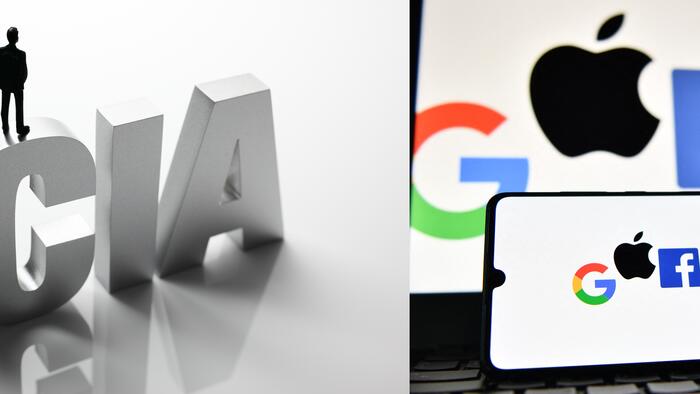 When the U.S. security state announces that Big Tech's centralized censorship power must be preserved, we should ask what this reveals about whom this regime serves.