Originally published at: WHY NOW?

Today was a particularly stressful day. I had to deal with another attack on my freedom of speech courtesy of…

hello Doc!
its sad to here that u r under attack - again -, but i think it shows something else too.
on ukraine: i think, or better to say searched through some possibilities and from those, the following came to me:
what ‘locked the gate in’ was when this comedian-turned-entertainer said that he wants make Ukraine ‘nuclear’ again.
and thats why they conquered Chernobyl and strengthened it’s defence as well. some reports r saying that they found some goodies lurking behind-below the radiation.
take care and see ya on the flip side!

I don’t think you got it wrong based on your usual speculation Dr. Farrell. I think something about Putin has changed which of course you could not take into account. I think Putin wasn’t acting in a normal manor. The UK defence secretery discribed Putin as “having gone tonto.”

Article from today which may reinforce the view that Putin was not thinking rationally:

Have health woes sent Putin mad? After rumours that he has cancer and Parkinson’s disease, experts suggest a combination of Long Covid and pandemic isolation could have left him ever further detached from reality.

Professor Ian Robertson, a neuropsychologist at Trinity College Dublin, told the I that Vladimir Putin, 69, could be suffering from suffering from hubris syndrome.

Hello, Dr. Farrell. Have you considered Brighteon.com as an alternative to Youtube? It is the platform created by Mike Adams of the Health Ranger and Natural News. Just FYI as all are welcome there without censorship, according to Adams

I was wondering the same thing re’ the nuclear statement from both sides. Was it serious or a disinformation ploy to bait the current outcome.

according to my perception: this is bs. or if it suits some ppl better: wishful thinking.
what i saw on putin, is that ‘something’ he saw/understood pushed him ‘over’, then he came back from ‘there’. and he is very-very pissed or as i read somewhere, he is in ‘total exasperation’. body language… and no sign of pain as he walks-talks, and he is clearly not under any kind of sedatives.
somehow Atilla the Hun came into mind. flagellum dei. the tzar punishes the european christians for forgetting their God almighty…

I remember we talked in a vidchat, and i mentioned,when someone said the C-19 soon was over it and we were heading back to normal, that i was of the opinion that TPTB was only beginnig, as i was expecting virus,crash of economy and war.
I remember JOseph said he agreed they were up to something, something rather big, soi know its been in your thoughts, at least partially.
I see their numero uno agenda to get through is erasing the middleclass of the map ASAP.
For in that window the middleclass exists there is this space where we can depend on each other and not the elite.
I build your house and you pay me so ican buy a car, and so on.You know what i mean.
The elite has wanted that gone for decades,but now they’re really coming for us.
In Norway the electricity bill is quadrupled in my case.
Jens Stoltenberg, The NATO general secretary, is coming home, and got the job as the central bank director. Against many peoples will, as he comes with a political luggage a lot of people find troubling for that position.
I have for a long time claimed that with him comes higher interests,causing problems for the middleclass with mortgages, as they hardly can handle their expensive loans on house already.
Fuel prices goes up, and food will be more expensive in near future.
Now, add war on top of that and you’ll find a lot of the middleclass viped out.
For Norways matter, who in the coming months will make quadriloppillions of dollars due to the oil,gass and electricity they export,you would think some of that money would come their peoples benefit.
But Norway is run like a business and they will look at the yearly results in the coming years and be super proud of how much money is in the bank.
Several millions pr head for 5 million people.
Money they will never even get the smell of.
There’s no room for middleclass in slavery, and be sure; slavery is here and if its not opposed NOW, it will be forever.

@Sphinx
Putting it blunt, middle class genocide that is what I see around the corner for many europeans. When the energy bill matches your mortage costs and not even speculating what income is lost…

have u seen the ‘Ragnarök’ netflix series? it starts very simple and almost blunt. nothing really ‘happens’ for a few episodes. then it takes a deep dive, a very deep dive.
then we r back at the jötüns and gods and the ‘end’.

Nope, Someone said it was Vikings all over, and i catched two or three episodes ( too much) of that one : )
SO really recommend it huh? I ll give it a chance then

spoiler alert!
never any vikings. it starts with nordish teenagers coupling with problems from separate segments of ‘society’. and after that, it emerges that what is happenning really. the age-old ever-present industry poisoning nature, and all controlled by jötüns, which r the so called ‘frost giants’, which is the same as the titans or asuras, the old gods.
those who controll the north still. (read soupcommies chips around, he/she (?) is on spot.
and after all:
its surely just a tale, i mean. i am just a joker.

christians do not have two-faced god. where did you hear that?

dear neru
i know the book. and as well more or less completely aware what is written in the torah, the writings and in the prophets. i even have and read them in original. as well the greek koiné ‘new testament’. but my Holy Father in the heavens is not two-faced, but perfect.
ask Doc about it. he is an orthodox christian as far as i/we know.
i only compared a historical narrative to the present one, and will not bite for ‘2-faced’ yhwh. it would denigrate Atilla, who spared Rome, but burnt Aquileia to the ground with 40,000 saddles put around it, when he got bored of not surrendering (u wont find that in wiki)… …and he foretold it, just as Putin foretold what is acceptable and what is not in the last 7 years. should have listened… now i just pray, but what has to burn, will burn. i know Who i trust. 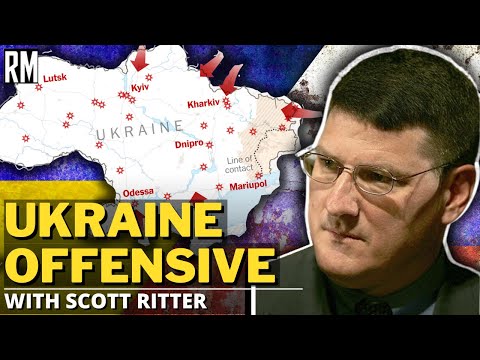 @kalamona
Praying sort too.
My Father in the heavens is the only one I trust right now.

Doc, I don’t know what a technical support forum form is, but when I subscribe officially I’ll fill one out. Godspeed you’re recovery. Also I’ve been kicked out of life before for my sense of humor, so I empathize. My favorite Appalachian proverb is, “Man makes plans, God laughs.” America is always a sleeping Giant that wakes up to late. Jesus was a man with insomnia and sorrow who had trouble finding a bed to rest his head. Maybe that’s why Americans so late to the party, cuz we’re either wide awake or fast asleep, and we’re hardly Jesus at this point. I think the Russia UK thing is backdoor for the FED to bring BBB cuz it failed in the house and senate. Also humanities always in a state of war, the only time it becomes conversation I think is when great alliances shift. Lots of people like well, Trump deepstate, Putin young global leader. Truth is, men’s oaths always been written on wind; why would Klaus Schwab or whatever entity behind him think his disciples are honest and sincere. The fact they thought humanity could be so easily herded while they themselves in such an elect tiny group can’t is beyond hysterical. Jezreel the name of a place, the name where a Captain was killed by his own guard. If those that walked with men of God ordained can’t keep their oaths, how much less anyone in those networks. As long as I’m taken to my Lord let the God of Forces have his. Eventually the rent comes due.