Will the Webb telescope provide more confirmation of Wal Thornhill and the Electric Universe Model?

Another shortish presentation from Wal Thornhill from the Electric Universe group, predicting further confirmation of that theory that will come from images from the new Webb telescope. I have been watching a lot of vids from the Thunderbolts site, and reading their educational material, and yeah, of course they trumpet their supposed predictive successes as you would expect; my take has been that there IS a lot of predictive success, especially re much of the observational evidence derived from the many varied space probes that have been sent out over the past few decades. The stuff on comets alone has been indicative of strong predictive success, where the observed evidence in so many cases both contradicts expected mainstream ideas and reinforces the Electric Universe theory predictions re the actual observations found. The EU model does seem to have a high degree of validity at least, and is worth much greater and more comprehensive study as a cosmological model of the Universe. In this one, Thornhill is expecting the Webb telescope to further reinforce the EU idea, based on much more detailed actual observations. It will be interesting to see if this proves to be true! I know that intuition is far from a truly reliable indicator of scientific truth, but for me, the notion of an ‘everpresent and eternal’ Universe, alive (conscious?) and constantly growing and including input (information) from biological domains (that would include ‘us’) just seems ‘better’. 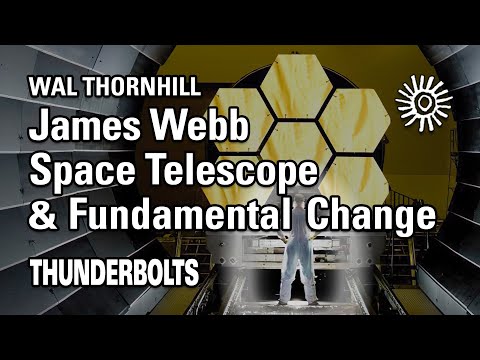