A tidbit from the "Eastern Front"

Poland has decided to officially demand reparations from Germany for World War II.

This statement was made by the leader of the Polish ruling party Kaczynski.

The leader of Poland’s ruling party, Jaroslaw Kaczynski has announced his country’s intentions to officially demand reparations from Germany for World War II, claiming it is Warsaw’s “obligation” to do so.

His explosive statement came shortly before the release of a report into the total costs of Nazi Germany’s occupation, which it estimates to come to $1.2 trillion.

This is beyond ludicrous…

I suppose the Deutsche Bank will be more then accomodating. It is nothing more then printing, yes!!
So $1.2 trillion + how much for bailing out Italy = peanuts.

What are you worried about TSC (lol).

our ‘American’ friends r opening all fronts in collapsing Western Europe. if i wouldn’t know better i would just ask for a coffee…

@kalamona
If so much money is to be had thru war why not burn Europe to the ground. Historically it is fertile when it comes to wars. The EU leadership are worse then small children and propably don’t even know what matches are for!

It can be a good idea to call the ‘loan’ before circumstances substantially change.

something big is coming in financial matters in the near future, and they are all pulling the strings. the dollar is already scavenging the euro.

Talking about funny things happening, BOTH the Suez Canal and the Bosphorus have been blocked by ships running aground…

It is actually 6.5 trillion, but who’s

counting. Germany is encroaching on the rising economy of Poland, that wants to play a more prominent role in Central and Southeastern Europe (Balkans). The Rhone River is drying up. but parallel Odra and Nysa River on the Polish territory in not, more over it is being prepared for alternate route of central Europe transportation hub. Baltic pipe secured plenty of gas and oil to support Polish and other central E countries. Last week even Germany started to buy gas from LNG in Swinoujscie(Polish port on Baltic). How Germany is repaying Poland: with withholding all the money from Brussels budget, that lawfully belongs to Poland as a part of EU. Germany decided to squeeze Poland economically, hence Poland’s response with war restitution demands.

Germany just said that they already closed the books on WW II, so they won’t give a dime. 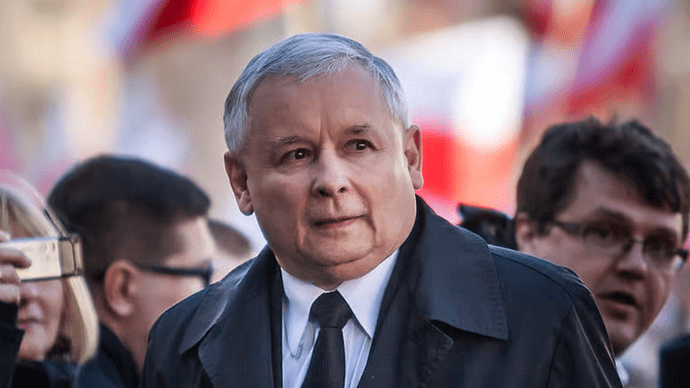 "Germany has never really accounted for its crimes against Poland..."

“ A team of more than 30 economists, historians and other experts worked on the report since 2017.”
Where does it state how much money was spent producing this ludicrous report?
The Polish people should demand the money spent on this project be returned to them.
What a rip off of the state treasury by these thirty economists and educated idiots.

“The Polish people should demand the money spent …” on EU membership yearly fees, since Germany now is blocking money from Brussel budget that was allocated for Poland, we are talking billions. Germany doesn’t want meddling by second tier member of EU in their 4th Reich which EU essentially had become. "Egalite "was a part of French Revolution postulate, Germany on the other had continue marching in a rhythm of: “Deutschland, Deutschland Uber Alles”