Аbout the desperation of electricity supply in Europe!

The first generator ship that Albania will use to produce electricity has arrived in the port of Valona.

The ships will be anchored near Triporti in Valona and will be connected to the onshore oil fields located in the area.
In the meantime, the connection to the power transmission system will be realized through the Valona TPP substation and the 220 kilovolt substation in Babica.

They will be put into operation together with the Valona Thermal Power Plant to turn the Valona Bay into one of the most important sources of energy in Albania. 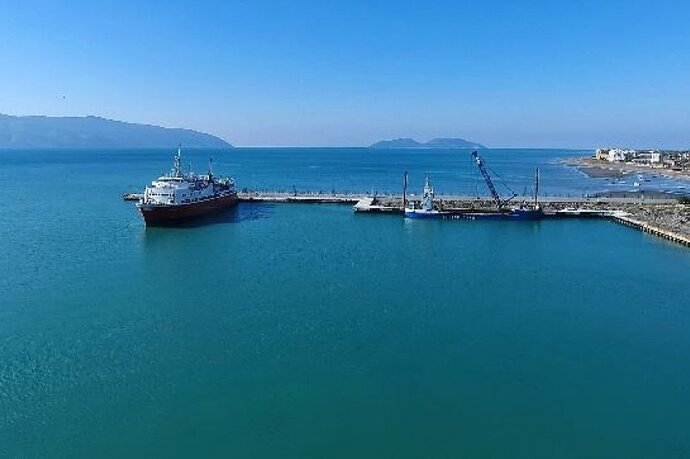 Editing of the post due to new breaking news related to border software systems in Albania, alleged hackers attack from Iran. 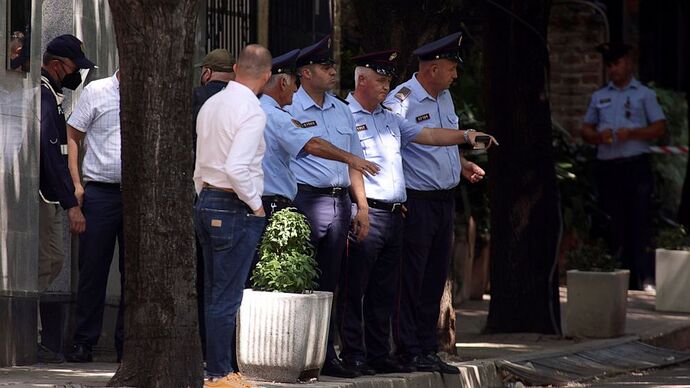 As an European I have mixed feelings about the energy debacle. If the lights and warmth really would be turned of this winter, it would be a real wakeup call for the European citizens. If the wacko politicians can produce just enough at extorsion prices they can uphold their lies and sharade.

Too many Europeans are brainwashed by entrainment and to partially remedy that a cold turkey style of withdrawal will be needed. The slow drip drip awakening will only lead to a Europe that cannot be saved and sadly I think this scenario the most plausible. The damage those wacko’s are implementin is too severe.

The only country within Europe with survivability might be England due to the commonweath and as I understand it they also have resources they don’t talk about much.

I think the future of Europe will be a nice nature preserve for the rest of the world that survives this nuttiness!
Maybe a pocket of natives will survive, looked upon like we do today at apes.
There, Europe’s future!

I wish I could disagree with your thoughts on this topic. I wish these current situations and scenarios in Europe related to the energy crisis were not so dark. But they clearly are.

Talking about how stupid and wacky these developments are, in my life I have never heard or met a more wacky scenario, than taking ships across the sea from I don’t know where to I don’t know where just to produce electricity at lower prices.

Those crazy German greens are implementing “das nationalsozialismus” @ a breakneck speed in there country. So, no buildup like in the USA of all the nuttiness that has been unfolding over there the last decade.

Our children are not at risk of being groomed but will be groomed and all the rest of those crazy agenda’s they will have to adhere to. Sure, some European countries will oppose so I expect war on top of energy and poverty when Europe falls apart. I don’t know with what weapons but sticks and stones will work initially. No doubt, the USA will be smiling from ear to ear earning from those stupido’s again.

I think Europe will see a reverse immigration of peoples going back to where they originally came from. Whomever has the money to flee will do so and the rest will be left to their own devices.

If I may follow up. The Germans are not only forcing the awakening of National Socialism in their country, but also encouraging, promoting and even helping and financing the same in many other European countries. I think this is a current fact. In several cases through the conservative parties in some of the European countries .
I think that it is a kind of answer or opposition to the US expansionist policy in the sense of an economic clash of two economic forces.
It is true that some European countries will oppose all that. But that is exactly the point. They to oppose, otherwise there would be no war. That is exactly what they want, that there it should be opposition of greater intensity, otherwise military conflict will not happen any time soon.
I guess then the UK will appear in the form of a savior and reconciler between the warring parties with their new king Charles III. With his proposal let’s not quarrel and fight among ourselves! What do you say instead of democracy or republic we make Europe a monarchy under the authority of His Majesty King Charles III, that is, everything under the authority and yoke of the British Crown.

Of course, this is only one of the possible scenarios.

My assumption is that in the case of such a scenario, the USA will play the safest card for them, i.e. the card of neutrality, or partial intervention, as it has been in all European affairs for decades.All the way back to the First and Second World Wars.

I don’t know if King Charles has those aspirations but the other European noble houses won’t go for that and neither will the Republic of France nor the Germans!

So, I don’t see a Europe ruled by King Charles.

I certainly hope you are right.
But as things are currently going on in Europe and this is ,as I have highlighted only one of the possible scenarios, something similar as shown in the Hungry games mouvies.
I hope I’m wrong!

Submarines are getting cheaper - thanks to the narco-states.
Wonder if the old world lone-nut; will now become a new-world, lone wolf submarine?

@neru and @noname000 . Read your exchange with interest. Some in the US think what is happening in Europe will move to the US as well. Also, just saying: the US government is not representative of all North American born humans.

Many North American born humans struggle to think about, much less post what is really happening on ground level on this side of the Atlantic.

A Kremlin reason/excuse for a Russian sub firing a hypersonic missile by a lone nut captain? I’m thinking of The Hunt for Red October by Tom Clancy.

the USA will play the safest card for them, i.e. the card of neutrality, or partial intervention, as it has been in all European affairs for decades.All the way back to the First and Second World Wars.

Just this one thing - interestingly: Many North American humans think the same of certain European countries and cities including the City of London. Does it not seem strange that both geographic regions would think the same of each other?

I don’t know what to say. No human being with even a minimal common sense, compassion and empathy would not want even an ordinary conventional war, let alone a nuclear exchange.
One can only hope that at least for now we are out of such “nuts”.

Thanks for taking the time to read the posts.From me.
That the same thing that is happening in Europe can move to the USA, I hope that it will not happen to the point of no return, but according to what we read about the situations and events in the USA every day, it is already happening.
In any case, building walls will not help, in any way, take the historical example of the Great Wall of China.

Good movie too but lets not give those nutcases ideas (lol)!

Yes, but the Americans have Sheriffs and weapons and resources. So, far better off!

Yes until now. But maybe it’s just a matter of time until when.
Even a civil war there is not something that anyone wants.
One can only hope that in this sense things will remain at the status quo.

Good people and the brainwashed entrained all around the world people make up the world all around us.
Let go of blaming countries and or groups of peoples.

Individuals is what counts and I try to have contact with like-minded to make a difference.

Interesting about the Sheriffs: a good sheriff is helpful; a bad installed sheriff is a nightmare. Heard on a video that the selection issues from 2020 were watched and orchestrated from sheriff offices.

As CAF often says, get involved in the smaller stuf and get to know your Sheriff. At least you get to choose, in Europe you have no say.

It’s a good way of doing things, but yes, in the USA they also have Sheriffs. And in Europe, at least we can get to know our friendly neighbors.
Аnd you mentioned yourself, in the end it all comes down to what kind of individual you are contacting and how correctly you have assessed them.