I don’t normally hold with prophecy, but this has me a bit worried:

“When he opened the sixth seal, I looked, and behold, there was a great earthquake, and the sun became black as sackcloth, the full moon became like blood, and the stars of the sky fell to the earth as the fig tree sheds its winter fruit when shaken by a gale. The sky vanished like a scroll that is being rolled up, and every mountain and island was removed from its place.”
–Revalation 6: 12-14 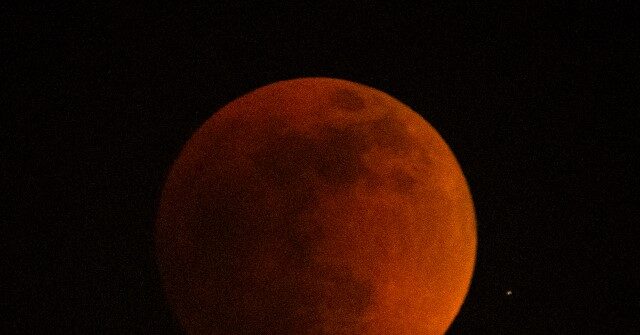 A total lunar eclipse, also known as a 'Blood Moon,' is set to occur on Election Day, Tuesday, November 8.

“He will also lift up a standard to the distant nation,
And will whistle for it from the ends of the earth;
And behold, it will come with speed swiftly.”
–Isaiah 5: 26 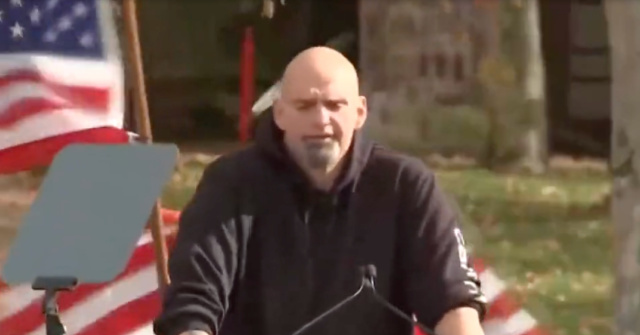 American Flags lined behind Pennsylvania Democrat John Fetterman, fell to the ground soon after he took the stage at a rally Saturday.

I will show wonders in the heavens and on the earth, blood and fire and billows of smoke. The sun will be turned to darkness and the moon to blood before the coming of the great and dreadful day of the LORD. —Joel 2:30-31

The apostle John mentioned in Revelation 6 (the Lamb opened the sixth seal) that the “whole moon turned blood red.” This event will be preceded by a great earthquake and the sun will be turned into darkness like sackcloth made of goat hair. Also, the sky fell to the Earth.

@ColonelZ You need to listen to Archaix.com for his interpretation of the seals and what it meant for thee skies to open up. He predicts that for May 15-16, 2040, return of the Vapor Canopy (Sky falling)… 7th seal.

We’re about to see what happens when you suddenly remove rights that have been legally exercised by American women for the best part of 50 years.

No one that is mad about abortion is going to change their vote.

And so sayeth the Lord, that ye olde poster shall not even bother to read the post he is responding to, so let it be written, so let it be done, forever and ever, amen.

Be nice! As the sun shines so brightly, may your day be bright.

“and another day will come to morrow”

p.s.: it is a very powerful wish-fulfilling prophecy. just wait and see

So, how are the Мidterms elections going?
Who wins or loses?
Problems voting?
Electronic in nature?

same questions here.
any news from over the pond?

I guess we will have to wait for the final results, as always, but according to what I see, there is a breakdown in the electronic system, that is, machine voting in many places and states across the United States!

I voted today in south Texas, Hildago County, at about 2:20PM at a local elementary school’s library. The parents were lined up in their automobiles to pick up their children, but I was the only person in the school’s voting area.
There were about 10 voting machines and five people attending the process of voting.
I had to show my drivers license, sign the registration book and receive a five digit code on a paper sticker to start the machine.
After voting, a hard copy of my vote printed out which I had to give someone who put it in a box via a slit at the top. The idea was the number of votes cast on the machines had to equal the paper print outs. Like the saying goes, who counts the votes counts…

@Bill10558 wow, you all are fancy schmancy. Small suburb north of Pittsburgh Pa voting at a senior citizens building (for years) we check in, sign our name (no ID required), given a paper ballot and fill in the dots with a blue pen. Take our ballot to the scanner and scan it in and POOF…we get a sticker “I Voted”.

I remember voting like that but unless your name was listed in the precinct book, you had to do a provisional ballot or go to the precinct where you last lived to vote.
I declined the sticker because I wanted a gold star like I got in grade school.