Offhand, I do not have any information, but I would like to add a comment. I feel it is important that like-minded people band together at this time when the tide of misinformation and fear is so pervasive. It would be well if we could identify with other Giza-ers in our local areas, much like Peter has done. I, too, am in AZ, however northern AZ, and interestingly, it seems that the ones who choose not to get jabbed are very silent, while the jabbed ones are quite vocal. (Once again, shades of Yeats’ 2nd Coming)

Jeffrey Prather has created “Team America”. CAF has created “Solari Social Connect”. Both reinforce the intelligence network. I am confident that where I am in my part of TX that stockpiling of almost everything (except maybe body bags!) is happening all around in the event that something finally hits the EBS. That seems to be what people are “waiting for” at this point. Pretty much everyone I know is “carrying” due to activity at the not so distant border and NONE are jabbed.

Freedomcells.org and The Greater Reset folks have many ideas and possible solutions based on community, small and large, banding together to survive and thrive in these times.

That’s a good link. The Greater Reset folks, headed up by long time activist John Bush (not related to Dubya’s family), put on a big event in Austin last January with many worldwide names in the movement. Good ideas and networking opportunites. https://thegreaterreset.org/

I do not have any news on that front, though I understand the motivation that compelled the inquiry, and it’s a good idea to keep our eyes open.

Seems that many who were moving toward support groups are now becoming more cautious and pulling back since the Chairman’s speeches.“They” know who we are, why attempt to hide now? Reminds me of hiding and hoping to be rescued by Jesus’ 2nd coming. He is coming back, it will probably be pretty soon, but didn’t he say we were to be the light of the world? Thinking we should stand-up to what is already here. Sorry, I was ranting wasn’t I?

Rant away, the more people ranting, the better off we are I suspect

… No, I don’t believe ranting in and of itself does any real good. It is merely a source of diversion and a siphon of energy. Better have another plan.

Not necessarily… there is safety in numbers, and I suspect the more people expressing displeasure will get the message through to Mr. Globaloney. But yes, having another plan is definitely a must, and intell is the place to start.

When thinking of this as a spiritual war, the idea of “more people expressing displeasure will get the message through to…” (@vardas3) would be very powerful - like a disturbance in the force to the dark side. However, for some it could be away to hope someone else will fix things for them and become a “diversion and a siphon of energy” @Scarmoge. IMO the later is partly how we got to the place we are in; the former is a big piece of moving forward. Wondering whether here is the best place for evaluating.

I didn’t know we had a Giza forum until just now! ha…

Speaking of ‘the more people speaking out the better’ it is great to see the people using their numbers well in this Australian clip. Cops need to join the right side of history:

by Dee McLachlan With the biggest police presence in 20 years, the government had announced that it was going to completely lock down the city of Melbourne. So when I cycled to the city this morning I was not sure how the planned protest would...

Let me run something past the posters on this thread. I think the next short format vidchat should be on a theme, and in this case, the 1st amendment, and more specifically, petition of the government for redress of grievances. So, what I propose is a discussion along the following lines: if you were to compose a hypothetical petition to government for redress of grievances, what would they be?

That is a very interesting idea, we can start with reading out the First Amendment so overseas folks and those who never got to really study it in those now suspended Civics Classes can see exactly what it says - perhaps list it at the top of the page introduction for that chat?

… Hmmmm. Question: Aren’t we still functioning under the Patriot Act or several individual “acts” that in effect keep the PA alive and well and functioning? If we are still under the PA, then aren’t we defacto in a period of Constitutional suspension? And if true, then doesn’t this mean that we, at this time, do not have a mechanism for petitioning the (so-called, dysfunctional at best) “Federal Perversement”
If the above is the case, then wouldn’t the first move be to get our “Federal Louchement” (Perversement and Louchement are two proposals for referring to … well you know … for the foreseeable future) to legislatively (for whats that worth at this point in time), declare ALL provisions of the PA null and void and in simple ordinary language (or in the words of Denzel ‘All right, … explain this to me like I’m a four-year old, okay?’) wording to the effect that NEVER AGAIN shall any such act or combination of acts EVER AGAIN be law in the United of States of New Atlantis.
Try this at home … “ask” Google if the US is still under the PA provisions and see if a return of a definite Yes / No answer is given. I tried “asking” wording the request several different ways and never had a return that said definitively pronounced Yay or Nay. Of course I didn’t look at or past return 360, 327. Maybe one of you will have better luck.
Also of interest …
"Kavanaugh White House Counsel: PATRIOT Act, “measured, careful, responsible, and constitutional approach”:** On Thursday, the Senate Judiciary Committee released the first production of records for Supreme Court nominee Brett M. Kavanaugh from his time as associate counsel for George W. Bush. Roughly 5,700 pages of documents were made available to the public. The documents show that Kavanaugh assisted in the effort to pass the Patriot Act and drafted a statement that President Bush incorporated in the bill signing. Kavanaugh wrote that the PATRIOT Act will “update laws authorizing government surveillance,” which he claimed, and President Bush then restated, were from an era of “rotary phones.” In fact, the PATRIOT Act weakened numerous U.S. privacy laws, including the subscriber privacy provisions in the Cable Act and the email safeguards in the Electronic Communications Privacy Act. Both laws were enacted after the era of rotary phones. Congress amended the Foreign Intelligence Surveillance Act after it was revealed that the White House had authorized warrantless wiretapping of Americans beginning in 2002. In an email exchange, Kavanaugh wrote that the PATRIOT Act was a "measured, careful, responsible, and constitutional approach . . . .” EPIC recently submitted two urgent Freedom of Information Act requests for Judge Kavanaugh’s records during his time serving as Staff Secretary for President Bush. (Aug. 11, 2018) - from Electronic Privacy Information Center (epic.org) This “Center” is located in Dysfunctional City (DC) sooooo … bring your salt lick (and if you are ever in the southern part of The Republic of Texas be sure to visit The Salt Lick BBQ in Driftwood) when perusing the site.
and this …
Senate lets Patriot Act keep surveilling internet without a warrant 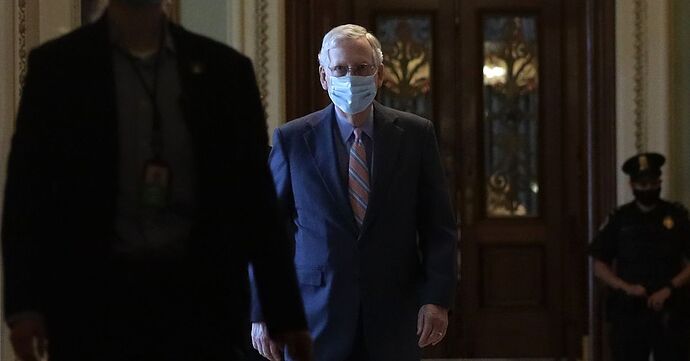 The Senate voted to let the government keep surveilling your online life...

Many senators wanted to forbid the government from secretly collecting information about your internet habits, but an amendment failed by just one vote.

Precisely… this is what I’m getting at: that should be one of the specifics…

It seems to me the heart of the problem is that the legislature (in passing the act you mention), the judiciary (in justifying said act), and the executive (in signing it into law and applying it) all failed to follow what was written down in plain language when the nation’s government was formed. Writing the same thing down again is pointless without creating some new mechanism for holding the legislative, judicial, and executive powers to account when they violate foundational principles of the compact on which their right to govern is based. Regularly scheduled voting is clearly not sufficient. There has to be a way for the citizenry, in an emergency, to censure and remove individuals, and/or censure and abolish laws, that the majority of them believe violate such principles. Maybe something along the lines of a recall or referendum. (That raises its own set of issues and questions, but I won’t go in that now.)

Yes I would agree… a recall, or a parliamentary system…