Gathering Opinions: Why do YOU think Australia & New Zealand, Specifically, Are Being Hit w/Such Harsh Restrictions?

Thank you Mairin, for sharing this profound wisdom - I really enjoyed your post!

They are either really scared of something or have another agenda.

I would like to hear your expansion on this thought, please?

they definitely have their agenda. but as mairin wrote above, u have to play by they rules but there r universal roles and many levels and dimensions and they do not want u to know how powerful u really r.

What I DON’T understand is this, both Australia and New Zealand are lagging behind other countries with large population centres by a good couple of months so should be realising that draconion lockdowns are not required. So by now the “really scared” arguement doesn’t make sense. Hence the “other agenda”…

I’ve heard that, but not sure it isn’t disinfo.

it was a satire (here:Pfizer seizes HMAS Stirling Naval Base after Morrison fails to meet vaccination targets - EZFKA) after some state-pfizer contracts found daylight last year:
DocumentCloud
LEAKED Pfizer Documents Show How Much They Control - The Tatum Report
Pfizer contract with Albania for Covid-19 vaccines raises eyebrows: Details
even at the eu-parliament, when deciding on further communal procurement for pfizer vaccines, the representatives got heavily redacted contract to ‘look’ at.

What do you think about the force they are using against the Indigenous Australians to take the jab?

it seems like that somehow-someway china aborted the common globalist goals. the aukus got anti-china fast. justa as trump warp-speeded usa into lets go blindenenko brand ‘-on’ -ed (pfizer™) existence. one is ‘out of head’ watching all the transpiring possibilities.

look at this. a merger made in hell. wellcome uk-german cyborg-soldiers.

i heard somewhere that hitler could clone already. or again. depending on ur viewpoint.

and this is australia:
Religion

i think almost all the satanists identify as ‘christian’, am i right?

and count the population density as well. and one of the best infrastructures, mines, water. all on ‘aborigin’ lands or mostly outsourced to china already and now they do not want to pay. fragments of the picture

Reasons I’ve seen here that I agree with:

If you wanted to set up a terrestrial version of a local NWO, with a slave state (AUS) managed by an unassailable elite living the good life at an idyllic nearby (in global terms) location (NZ), that would correspond quite well with a couple of scifi scenarios, like the remake of Total Recall.

Can’t think of anything else, hth. 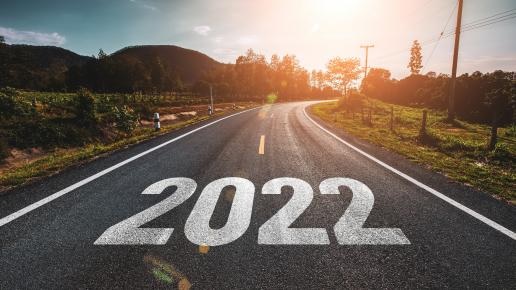 The State of Our Nation

It is traditional to start a new year with a stock-take of the state of the nation. We are now in the middle year of Labour’s three-year Parliamentary term of absolute power. While Jacinda Ardern claims she runs an open and transparent government, we...

So, we want to conquer a large geographical area in which to establish a safe, well-stocked, easy to control base of operations. All this without going kinetic. AU and NZ come to mind for a few reasons:

Summing up: you want to use non kinetic warfare to conquer a large area in which to establish a base of operations, long-term. You’d pick one that (i) can be easily conquered (familiarity with the legal system, language, and with few defenders), (ii) has plenty of resources to support your long-term ops , (iii) can be easily defended.

The closeness to Antarctica and the control of a spiritually advanced aboriginal pop. – as others have noted below – are the icing on the cake?

Have a great day.

How about their historical link with the British colonization of the empire? British agents were always sent to “manage” local influencers and it has never stopped. MI5 and MI6 have been in existence for over a hundred years and various previous organizations before that took care of the Empire’s “business” and “interests”.

Wow! That is very interesting! It does appear there is an inverted emphasis upon society and the elites projected vision of the future. Son’s of Belial are emerging to the surface with a similar inverted version of the world, reality and matters of spirit.

Fitts mentions in the 3rd quarter 2021 wrap up with Joseph that she has many contacts/members of Solari in Australia. Salient point: the Aussies had a fantastic life before lockdown—surfing, swimming and making money—a perfect life of business and pleasure! My conjecture from all this is that Australia is a beautiful piece of real estate that the kakistocracy want for themselves and themselves alone! They did a preliminary ‘eviction’ with the direct energy weapon fires; now they are just going for straight out genocide. …Coming soon to another great piece of real estate, North America.

agree Bill, there seems to be a targeting of a familiar population by promoting safety via voluntary subjugation, and the masters knew just how to sell the vise. the masters are seeking to gain a critical mass of compliance in order for their plans to take a foothold. the comfortable status of the affluent west has caused people to be less aware of domination, as longs as the primary comforts (artisanal bread and streaming video circuses) are in place, there is less objection to the overlords.