JAPAN DANCING THE SHINZO-SCHOLZ SHUFFLE TOO

Originally published at: JAPAN DANCING THE SHINZO-SCHOLZ SHUFFLE TOO

Last Wednesday you’ll recall I blogged about an article that had been shared by W.G., about German Chancellor Scholz’s recent visit to Beijing, and what its real (business) purposes were. In short, they were about laying the long-term groundwork for a German “Reformation” and revolt from the papal authority of Swampington, DC. Well, W.G. also…

It all sounds very dramatic; Zero Hedge has a habit of doing that. As a retired XOM who worked Sakhalin on numerous occasions, this move was fully expected and good luck to the Japanese with it.

The Japanese, by their nature, are a very orderly people. The Russians are not; at least, not with respect to their O&G projects. What we found was a “maze” of ramshackled pieces of discarded parts from different places & manufacturers put together like a moonshiners backcountry still. Surprised the whole works didn’t blow sky high! It took years for us to get the parts and workings properly aligned; Lord knows what it’s looking like now.

BTW, Tillerson forgot his own rules when dealing with Russia. When I was sent to “Negotiating” classes, the #1 Rule: Making NO DEAL is better than making a deal that you know you can’t live with. Tillerson broke that “rule” with Rosneft. During his stint as SOS during Trump admin., most of his time was spent in retribution toward Russia for his own failure to make a good deal because his greed & that of his predecessors got the best of them.

Good Luck, Japan! The Russians aren’t going to fund you. You’ll have to spend your Yen & jump through Russian hoops to be successful in this venture. Should be quite a circus with lots of laughs from those of us on the outside looking in who’ve been through The Russian Ringling Bros.

If anyone can do it, you can, Japan!

You might be interested in F. William Engdahl whose done extensive research in the oil biz; as well as Michael Hudson, who worked for David Rockefeller in his oil business. Both have viewpoints based on both; hands on experience and inside information regarding the petroleum economic model of doing business globally. 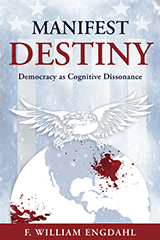 Books, articles, lectures and interviews concerning US Geopolitics. This is not what you see on mainstream press accounts nor the history that you've been taught...

Financial analysis of a world dominated by the FIRE sector - Finance, Insurance and Real Estate. Beware the monopolist.

@Robert_Barricklow
Thanks Robert. I am aware of both.

@thebeaver they dont have option if want to meat the current consumption [1] probably rising further and further, and as could be seen started experimenting with clathrate extraction 10 years ago but still are nowhere p.33 [2] on the flip side this is bonus for the world peace tho if continue to defy the sanctioners lobby! but are they so independent or just trying to revert the hysteria and if not else to signal Russia and China that are not taking side in eventual global geopolitical clash!?

is diplomacy ever done by seating on few chairs, surely those that have acrobalance skills can do usually impossible things! the question how this information now is influencing the japanese and russian markets, could it be permanent or it will be just temporary decision, probably elections will determine, but think after Abe smack will be even more difficult for euroatlantic’determinists to control the unipolar narrative in Japan, defacto he left legacy of embracing multipolar world with his balanced diplomacy [3][4] what probably is stance of the ruling elite in Japan now …

WTF IS WITH YOUR BRANDOLINO? cant You be at least more creative when slip adhom slurs? labeling is effective only when You are sharing stupid claims a? normal so would further derail every fracking thread where You dive in, I really consider now that You are ss’stooge!

Nobody wants to read your long, drawn out, egotistic BS, so, suit yourself.
I will just ignore you from now on. You jacka$$!

its called forum-blogging, in effect I am articulating elaborated debate so would avoid chit-chat for what we all can tilt on fakebook or twarter, but obviously someone has agenda to suspend debate on eforums, hm even Your first post in this thread altho lengthy didnt gave meaningful answer on the OP suggestion but some kind of selfassured claim, at least one possibility to considered as potential, but no somehow need to claim strict debunking, tho that is valid debate too but once ignored my reply its obvious that need to enforce Your claim, isnt that wonnabe gaslighting!?

Definitely BRANDOLINO, no doubt about it.
Bye!

haha coudnt resist to slur one more time! take my word if I was someone else would indeed acknowledge, surely open thread and ask where is coming from my IP and is it brandolinos region surely that will be demystified … I’ve spend one whole thread about the need for ontopic moderation so its no prop to show examples what should be suspended as spamming trolling derailing of threads … it would beneficial eventually for GDS as community!