Let us seize the moment

With the shrieking of WAR! headlining our brain-entrained psyches for the past 48 hours or so, and the Biden regime’s temerity to send $350. million in new military hardware (one billion to Ukraine in aid over the last year), paid for with American tax dollars------is it not the perfect moment to decry our willing participation in the Globalist control game? Our tax dollars put to the use of the war machine make us complicit right now in the death and destruction of the Ukrainian people, their infrastructure, their future. Our tax dollars are what pays for our own mind-controlled slavery, and Bolshevik/Stasi style targeting right here in the USSA.

What will it take, really, for us to join collectively in the single protest move that will at the very least absolve us of any future sin of participation in murder and chaos? When we wake up to this single most important weapon we have as a people—withholding our financial support of the very system we uphold to destroy ourselves—we begin to exercise not only our power, but our moral authority.

The divide and conquer routine is just so we do not step into this collective power. We need to unite in saying NO to them, to the control they exert financed in large part by us.

Is our moral authority not obligatory against this network of known pedophiles, cannibals, sex and organ traffikers, and, likely, A.I.-controlled “leadership”? And if so, surely we would have all the powers of whatever hierarchical Forces of Universal Virtue exist, those in service to the Immaterial All Good One, urging us on and granting their transcendent protection to our incalculably greater-than-justifiable cause.

This is a "no taxation without representation " issue if ever there was one, for who among our friends and family and communities would argue that rogue and lawless pedophiles, liars, and murderers with body counts (thanks to the ongoing ‘plague’, there are legion across many sectors who may qualify as such) are rightful representative of ourselves and our interests?

Articulated very well. Couldn’t have said it better, took the words right out my own mind.
Thank you. Your proposal requires one heck of a transcendent consciousness.
Are we ready? Able? Willing?
Who’s in?

Exactly—how do we go about this except one mind at a time becoming aware that we ourselves have the power to correct the problem…if only we can unite enough of us to do it. Would 20% keep the armed thugs of the IRS at bay?

CAF is saying for years we are financing our own prison. In the immediate future and with the propaganda going on, nothing will change.

For europe when families won’t be able to pay mortages + utilities and also food only then will some wake up to reality. Protests may erupt because of that but it won’t be for doing the right thing morally and or otherwise. Hunger and cold will, nothing more.

I am an old dingbat and if I have learnt anything, history is as dead as a dodo!!!

One would first consciously examine their wants and needs and their origin.
Do I need a television and cable to have a good life? What else do I think I need for a good life? Does it add value to a good life?
If so how and why?
Once most of the modern conveniences are catalogued and examined, they are of little value and costly. Learning to live a frugal thoughtful life drops your value to the IRS.
They will go after bigger more powerful threatening fish. 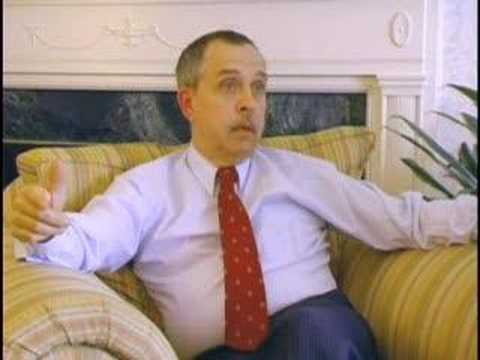 I think perhaps the hardest challenge we have when it comes to a collective ‘No’. Is this instilled sense of duty and pride found in the vast majority of good people. We are taught from the youngest of ages, through schools and family about war and the heroic deeds of those who battled in them. Yes we have been told the sacrifices made, yet only in a way that makes those who came home more heroic for defending and supporting the home country ect. I myself even with my understanding of what war is really about still catch myself thinking of “my duty to country”. It is frightening. We must start by teaching the young. A challenge in itself as all governments keep a tight hand on the easily molded brains of youth.

One of the best camouflages for a scoundrel is behind patriotism and a flag. I too was around people who shamed those who did not pay income tax on their labor plus 10% to the church. I never did figure out why tribute was necessary to both parties.

Aaron Russo was one of the best guys. forever lives!
thanx for this clip, haven’t seen yet!

That’s always my question. Someone says we should do such-&-thus, but doesn’t tell us what (exactly) or how to go about it. 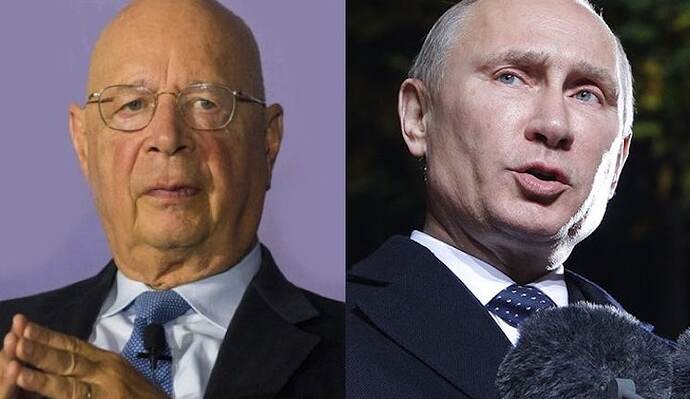 Putin: Klaus Schwab’s WEF Is Trying to Usher In a ‘New World Order’

Russian President Vladimir Putin has warned that the World Economic Forum (WEF) is attempting to usher in a 'New World Order' for humanity by planting operatives in high-level government positions around the world.

Your prognosis, unfortunately, is the likeliest scenario. However, it seems to me that broad discussion of this topic far and wide may yet benefit the great majority who simply have never considered our role as obedient taxpaying slaves to reprobate masters as a major part of the problem.

Well said! What exactly is of value? It is not what the consumer culture (or lack thereof) views as such, in the realm of external entertainment/entrainment. Value is the Good that lasts, however that might be individually construed, yet is also universally the Good (at least for those still in their right minds, characterized by some semblance of virtue).

About frugality being under-the-radar for the IRS, I wish that were the case. I had a friend in the 80’s, a city of Chicago employee who made less than $20,000/year who was audited. I mean, ridiculous economic terrorism.

@Aphropsyche
I agree. resignation and looking the other side is not on the table.

Must also be a technological and other answer to the problem. People don’t pick-up on own experiences any more. That has to have a cause! So many all wound up over Ukraine. Why? Governments in my lifetime never told any truth why we had to invade besides the fairy tale of bringing democracy and freedom.

Why is that fairy tale still so popular?!

Totally so, that instilled sense of, basically, obedient slavery to externally declared values which may not have a thing to do with actual virtue, yet is the very mechanism of control playing on a collectively-induced facsimile of morality.

I can’t stress enough the importance of just spreading awareness of the issue–to as many minds and hearts as possible—of not paying to support not only our own slavery and continued mind-control, but also those supposedly representative of us, paid officials, whose characters are overtly lawless by their very own terms of engagement, and beyond the pale of any consensus of human decency.

You’re post reminded me of the difference a few generations can make. I go back to King’s and the verb: Each Generation wax more evil than the first. My Grandpa was in ww2. He and 3 of his friends signed up for the draft, and he was accepted while they were rejected. Vietnam, hardly anyone signed up for the draft, everyone drafted was picked according to my Uncle and his recollection. He told me he ran, was picked up by police and dropped in the jungle. I’m sure it was more nuanced than that, but I’m sure you catch my drift. In world War 2, they had to refuse people cuz so many young men signed up. In Vietnam they had to capture them against their will. Even in South Korean War, it was the veterans who largely survived, you kill the spirit, the body just falls. If Biden and the DNC think Americans who have been browbeat, spit on, and demoralized will sign up to another far off war, they are sadly mistaken. And if they do it by force, they will lament more so. How can they expect a populace so divorced from the managerial class, to give their bodies and legacy to. Eventually the machine stops.

I was registered for the daft draft during the Viet Nam era and was already committed to the trip to Canada if my number came up.
I was at that age to see and experience the world, but the military was not to be my sponsor. Ironically I scored in the 99 percentile on the section of American history on required testing in high school.

I have a friend who refused the draft so was charged with a felony and put in prison. He still can’t vote. He iis 75 now.

he still cant vote?
what a blessing in hindsight!