Regarding Mr Global and his sudden need to move fast, a few thoughts

Yeah, it’s definitely in the trillions of dollars.
HUGE conglomerate!

Plenty of people who will never awaken until the pistol is placed against their head, or gas, or jabs, etc…
Plenty of awakened people who will not do anything other than go along & accept that solution alright.
Look at history & it tells you what the reaction will be. Mankind has not changed.

Geez this is all getting so confusing about who did what and why and when…time to go night night. I’ll think about it Tomorrow😎

Good work - thanks for sharing!

None of it is “proof”. Still speculation.

The problem with ‘Q’ is that it assumes any side within the government is on our side. You yourself fall for this when you talk about seeing who is on what side, and how it’s all a sting operation.

There are definitely different factions fighting for control, but none of them are on our side. There is jockeying for position, which is much of what we are seeing, but there is no one coming to save us.

I think the Ericsson trials and vote fraud cases around the globe will merge.
Check out dominion,crowdstrike etc.
They have been caught rigging stuff all over.

The midterms will make whatever is happening more clear.
We either get a red wave or a even worse steal then biden lol.
Honestly i think we are going to see either H Clinton or one of the Obamas in the White House just for THE lulz.

Is there any doubt we’ve all got “long covid” it’s just as certain as the lamers, lame stream media, zombie blues, it resembles not the news, having a bad case of “long trump derangement syndrome” 50% ratings drop lol admitted to it’s not like we’re all back at the office. We’re still looking at devices with screens 24/7 never turn them off!! Well I dont, but you do it’s off only when the batteries die. Why not pronounce that “bat trees” like a Brit sound better than Ur ies. I don’t know but suspicioun mounts, on account of how age has affected me. I now need a new definition of “jaded” it will replace insane in my dictionary. Why off a cliff entirely? Dr Farrell’s fault for sure the tipping point for the effect of the fraud on my mental state. I gotta blame others right? It’s what humans do. Sadly some humans are a waste a negative some so bad we need to remove them but we no longer do. We closed mental hospitals and got homeless alcoholics sitting around town as bums hometown bums thanks to economy and alcohol, these characters collect garbage for cash, smoke home rolled butts, rarely eat, use kids dogs whatever to panhandle, shoplifting armfuls in broad daylight to get crack alcohol heroin and now manmade molecules. Then everyone goes to a pharmacy for recovery meds. Adovan etc, you let this society “vote” really? Offering a free vote for a puff? The new door to door voter drive is run with precompleted mailin ballots and instead of distributing them the merely exchange them for hits off the crack pipe and voila ! This is how we find cars abandoned in LA with boxloads of ballots, all demoncrap votes, precompleted and forged but most get counted by algorithms lol lol in Europe by computers made in China ??? You drink it!! I’ll write in Ron Paul to piss off the counting machines! It probably represents a clog in the system a “Dutchman” very unique history to the evolution of the meaning of that sentence. Our president is a “Dutchman” a clog in the conveyor, according to the new charge at COG, they are mad because they have to still carry on the charade, pretend there is an election a presidroid etc exactly like cnn and mslsd, pretending to offer news lol

Yes, exactly. They’ve been caught. And nothing has happened. Catching them more gooderer isn’t going to change the fact that the people who would prosecute them are controlled by the people they’d be prosecuting.

Why do you think they’ve been purging the military and trying to get increased control over local LE? Some parts of the US can ignore them to some extent, but no part can bring them to justice.

@Zorost
I agree. None of them will be prosecuted, unless (possibly) we do as The Dutch are doing & never let up.

I respect your sceptism as it def is warranted.
However we can all only see this from our own pov.

Im not sure where you are from and what has formed your view of the world and current situation.
We all have access to different information and build our world view around what we have experienced.

From my perspective it is obvious for me that the deepstates illusion is crumbling fast.
I live in basicly the most mind controlled country in the planet in many ways.

When i grew up the illusion was total, almost every adult i met was in the trance.
They thought they were getting good pensions and everyone beleived in the system. And was proud of Sweden and paying taxes etc.

But since the 90’s ive seen a slow change here in that more and more people somehow knows its all fake.
They still are stuck in various illusions but everyone is loosing faith in all the institutions that they have defended their whole life.

Now we are still very far behind countries like France and Holland were people have really stood up.

But now even some celebrities in Sweden are talking about vaccine injuries and other topics that wouldnt fly even a year ago.
This wouldnt happen unless someone else is pulling their balls harder then the DS is able to.
There are so many things that are hard to explain for people outside of Sweden.

Like how the last few years the Swedish media has been forced to expose alot of the higher ups in the Swedish deepstate and how their companies can run free by operating from Sweden.

But what is really important is to remember to not wait to be rescued.
Everyone should have food/water/gas etc for a few months and get ready to chill/hideout for awhile.
Also be ready to help out around your communities, in case of blackouts you might need your neighbours to survive etc.
So forming local groups of preppers is a good idea.
(buy a bunch of walkies)

Good points. I agree that people are waking up like never before, largely due to the internet. The problem is that waking up is not synonymous with getting up and doing something about it. Like you say, we can’t wait to be rescued. I especially like what you say about helping out in the community, as none of us are getting through this by ourselves.

The problem is that waking up is not synonymous with getting up and doing something about it.

Thank you, @Zorost I don’t expect this to happen until the last minute & hope it won’t be too late.

Most people will be forced to make the decision sadly.
Hopefully enough will already be ready to help out the ones that comes around last. 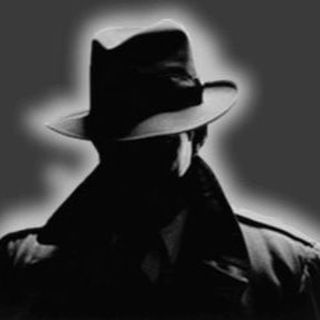 I suppose ‘tradition’ represents stasis/inertia, whereas ‘progress’ is on the move - it has energy.There may be binary reasons for this in the universe - as all is binary and bi-polar it seems.

See what you mean (from your first post) - sorry just now reading it.(Sometimes, I skim long ones and come back later)

It is interesting how, after while, you can identify whose pretending to be one thing, while advancing and supporting another. It is like: do the soco/psycho really think we are that easy to manipulate, but then a lot of people got the shot.

@Soupcommie: Sorry better late than never, But, don’t listen to the quote below. Not true. A lot of us liked your stuff, were challenged by your stuff, just didn’t comment. FYI: I learned early as new Gizar that if what I posted is too long, some people don’t read it all. Doesn’t sound too positive about those who read a lot of books.

I remember when you first got here & nobody would give you the time of day, except me