Oliver Carlson (1899–1991) founded the Young Communist League of America and other communist organizations and specialized in communist infiltration of Hollywood.

Oliver Carlson was born on 31 July 1899 on Gotland. In 1919 he was a member of the Intercollegiate Socialist Society. He studied law for a year at the University of Michigan in Ann Arbor.

In 1914, Carlson joined the Young People’s Socialist League (YPSL) while living in the Muskegon and Detroit, Michigan areas. In 1918-1919, Carlson served as the national secretary of the YPSL.

WL and YCL
After the Communist Party was formed in 1919 in the United States, Carlson became a Communist. During the winter of 1920-1921, Carlson (as “H. Edwards”) attended a second convention of the United Communist Party in Kingston, New York, which voted to establish the “Young People’s Communist League.”

In April 1921 he attended a congress in Germany for the Young Communist International. The meeting then moved to Moscow, which Carlson (as “Tucker”) attended.

In May 1922, the Young Communist League of America (YCLA) was formed, at which meeting Max Bedacht spoke. The group published Ung Kommunist quarterly during 1922.

In January 1924, Carlson, now ex-editor, measured the circulation of the Young Worker at 7-8,000 copies per issue. After attending the 4th World Congress of the Young Communist International, the leadership was shuffled with three secretaries (John Williamson, Martin Abern and Carlson), Max Shachtman as editor, and Abern and Carlson as heads of the education department (among other positions).

During the summer of 1927, the YWL operated four schools in Boston, a city in Ohio, Waino, and Winlock, Washington. Carlson directed the Winlock School.

During 1928, Carlson directed a YWL school in Woodland, Washington. CLA In 1928-9, Carlson joined the Communist League of America (CLA), under the leadership of James P. Cannon, Max Shachtman, and Martin Abern.

By late 1931, Carlson was out seeking reinstatement to the CLA: which he was not to receive.

(In 1934, the CLA folded into AJ Muste’s American Labor Party to form the Labor Party of the United States.)

During 1939-1940 he studied the “problem of communism” in the state of California, which he published as a mirror for Californians in 1941. According to Carlson in 1947, "has a great deal of information about the communist movement in California, and in a chapter dealing with Hollywood devotes I part of that chapter to a discussion of Communist infiltration in Hollywood up to that time. "

Carlson then read several pages from a chapter in the book called “There Is No Town Called Hollywood.” (A May 1941 New York Times review reports that the book focuses on four major players in California history: Denis Kearney, Hiram Johnson, Upton Sinclair, and Francis Townsend and also discusses Harry Bridges.)

Personal Life and Death
Mrs. Oliver Carlson was a sponsor of the Hollywood League of Women Shoppers, along with Frances Farmer, Lillian Hellman, Mrs. Boris Karloff and others. Oliver Carlson died at the age of 91 on March 4, 1991 in California. 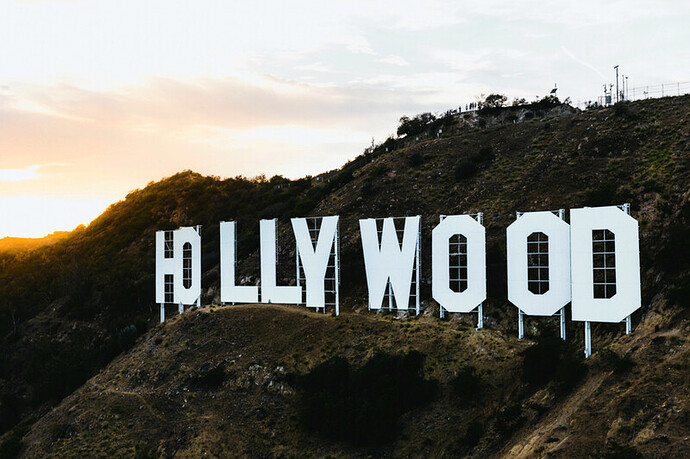