The Oera Linda Book with C.A.Fitts 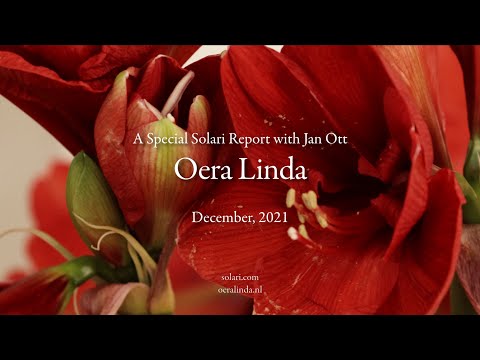 Wow. I am born and raised in Friesland. Grew up with the language. My fathers family only spoke Frisian. They were all proud Frisians.

I grew up with the story of the freedom fighter Grutte Pier (Big pier) and his large sword. That sword is still hanging in the Frisian Museum. That was the only object i was interested in when i was a child. It spoke to the imagination of a child. Grutte Pier still today was seen as a rebel and pirate. In Friesland he is stil considered a hero, fighter of freedom.
When battling the Hollanders the Frisians had a code to check if a person was Frisian or not.
They used a Shibboleth in the Frisian language. If you were not able to say it correct, Grutte Pier would chop your head off.

The story of Grutte pier is a longer but when i speak with anybody outside of Friesland they have no clue what i am talking about. All Frisian children knew his story and the shibboleth. The Netherlands is so small 17 million people but to this day Frisian is a different enitiy with its own culture and essence.

There always have been a movement in Friesland that want their own freedom and independence. They have their own political party. Back in the 90s in the city hall of a few Frisian villages the influence of this party was so great that in the city halls of these villages they only gave you papers written in Frisian and they only spoke Frisian. They refused to speak dutch.

I thought i iknew a lot about my culture and its history.
Catherine learned me knew things today.
This was a great interview.

Dana, you’re the best! I downloaded a PDF version of it when Clif talked about it a while back.

Videos about Oera Linda on the Asha Logos channel of you tube were mentioned at the end of the interview. With what I learned from the interview and the first two videos, I can see I that I will be ordering the book.

@Ellie Seems there is a lineage rebuilder, sometimes seen as a rebel, in every family. From what you have shared here on the forum, maybe you are that person for yours?

Do you have by any chance a link when Clif talked about it?

Go to his Bitchute Channel, you will find it there. It was sometime in the last couple of months or so…

The videos on his channel are interesting.
So Freya (the mother of all) came from the Himalayas. But the name Himalaya. According to the Oera Linda Himalaya is a Frisian word. Himalaya meaning: Leading to heaven.
The first part is easy. (Frisian) Himel and (German) Himmel and (Dutch) Hemel means Heaven.
Leda, laya, leiten, führen means to lead, leading to
Leia, legan, lidza, leyda means laying. For example laying next to.

So Himelaya means: laying next to/ leading to heaven. Ahhh this is so beautiful. I love this version compared to what wikipedia says about the name.
According to wikipedia. In sanscrit Himalaya means hima (snow) a laya (dwelling) 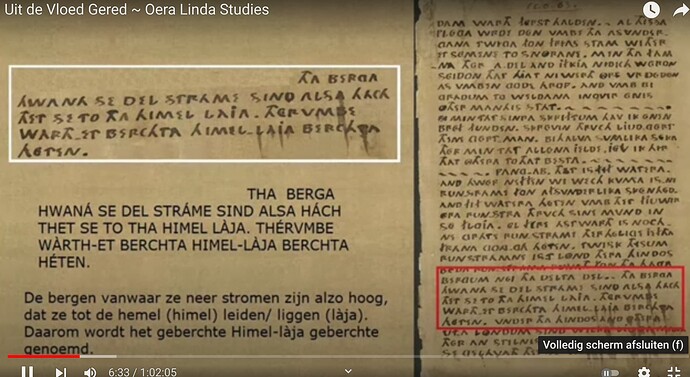 himelaya1872×1025 150 KB
In english it says:
The mountains from where they streamed down are so high, that they lead to heaven. That is why the mountains were called Himel (heaven) aya (leading, touching, laying next to)
4 Likes
nperpetuity December 26, 2021, 9:31pm #9

Ellie: one of Clif’s recent discussions of Oera Linda (starts at 25:10). There are previous ones but since the videos are not indexed you’ll have to find them yourself. 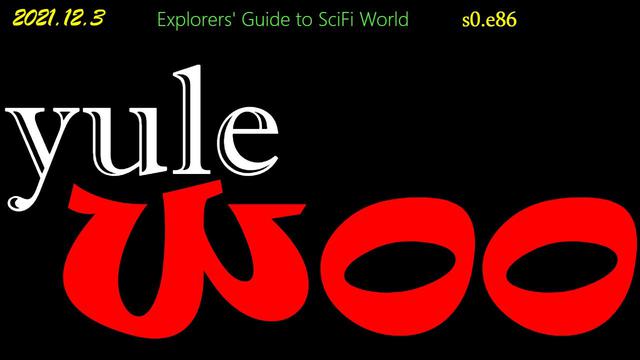 I just love Asha Logos. Watching my second video. Thanks for sharing!

Love CAF’s video too. Thank you!

Oh good, glad you are enjoying all!

Thank you Dana Thomas! I just found this posting last night! After this lovely interview I binged watched all the History series at Asha Logos…amazing how so much of this information syncs with stuff I’ve been chasing for years. The only episodes I didn’t see was #1 (because I couldn’t find it) and #3 because it required an age verification (not that I’m not of age, lol…but because I don’t want to sign directly into YT…I know I’m already being watched but still…). Now I’m going to attempt to track down the book. Seems like a must have!
I’m in the circle of those in this amazing community keeping Joseph in our hearts and adding my songs and prayers of Love for his rest and recuperation. I feel a very strong and beautiful connection in him and this community he has created.
Much love and many blessings to you!