26 years ago: Fr. Malachi Martin on the New World Order

its the same in our head ;-D

I looked him up after Joseph talked about him on Byte show. His interview on coast to coast was. Very interesting

Now THIS @nidster is the type of thread this forum has been missing for a while. Keep it coming, taking me back to the old forum days.

We lost some absolutely next level threads when they scrapped the old forum. I’ve been waiting for @Kalypso (sp?) to circle back and pay us a visit. He/She had some phenomenal book recommendations that I lost.

That Pleiades Orion star map correlation with the face on Mars and the pyramids is beyond coincidence! Interesting you brought up granite as a source of defining origins of creation. There is another fella who I have mentioned before in the forum that has not had due recognition for his theory probably due to his rather surreal past. WW2 Canadian special forces veteran David Hamel spoke about our origins and the purpose of the pyramids worldwide in his biography “The Granite Man and the Butterfly by Jeane Manning”. David explained in details how a long time ago humanity broke away and was split into two groups. One group chose to embrace “Expansion Theory” while the other group embraced “Vibratory Theory”. He went into detail how the granite crafts worked with references to Egyptian hieroglyphics. Pointing out that a major component to the granite craft which ran cold and perpetual was a granite sphere. Was This Giant Stone Sphere Crafted by an Advanced Civilization of the Past or the Forces of Nature? | Ancient Origins

That is a good find, a terrific find!!! Thanks very, very much. The discovery of those granite ‘balls’ could yield us some clues.

Now we should not be overly interested too much in ‘little balls’ of granite that weigh several hundred pounds, and much more in continental sized masses of granite rock. So, expand your thoughts, and Mind to make a huge shift in the overall quantity, and start thinking real, real deeply here.

Polonium halos were formed within a few minutes at best, not days, or weeks, or months!!! Consider Dr Gentry’s research that found Polonium 106 / 109 are radioactive isotopes of uranium that have half-lives that last only a few seconds. Therefore, the crystal structure within ALL granite rocks found all over the Earth had to be formed almost instantly, otherwise the Polonium Halos would never form. So, scientific research tells us all the granite rock had to be solid in order for the halos to form, because Polonium halos would not form in granite rocks that were in a molten state according to Dr Gentry’s meticulous, and thorough research using 400x, electron magnification.

Never ever forget the fact that the granite samples Dr Gentry tested were from many, and various places on Earth, including the Kola Superdeep Borehole near the Russian border with Norway, on the Kola Peninsula.

Now, the way most archeologists and geologists have been taught is that in the Beginning, Earth was in a molten state for a long, long time, and the planet gradually cooled down over a long period of Time into a solid state. But if the granite was in a molten state, how did the halos form? And where did all the water now on the Earth come from? We can get to that later, stay tuned.

Now start thinking real, real deeply about a way it could have happened, and as I stated before Dr Gentry allowed his religious beliefs to guide his conclusions, which was to believe the Biblical account of a 6-day Creation. Sorta close, but perhaps not exactly how it most likely occurred.

So, stay with me here in my Scenario.

CLUE: research 3-D printing. So, what if… long ago a race of beings found a rocky planet that was in an otherwise uninhabited solar system, and that planet was just the ‘right’ distance from its Sun to support Life. All that would be needed is to implement some highly evolved 3-D printing machines to build-up a large, single continent.

Now, in order to get all the ‘hard’ material a nearby planet needed to be demolished. Let’s assume that planet was between Mars, and Saturn. Then once it was demolished a good bit of that material could be used to form a large Continent on the Earth.

Consider, “The Exploded Planet Hypothesis: The Destruction of Tiamat / Electra / Maldek and the Creation of the Asteroid Belt”, or [https://www.exopaedia.org › Maldek

So, do some research since a lot of this material has been very well covered in JPF’s early books, which are well worth reading to learn about a character named Tiamat, aka a demi-god.

Back to basics thru DJ and JP Farrell. I still think reading all of Joseph’s books is prudent but… 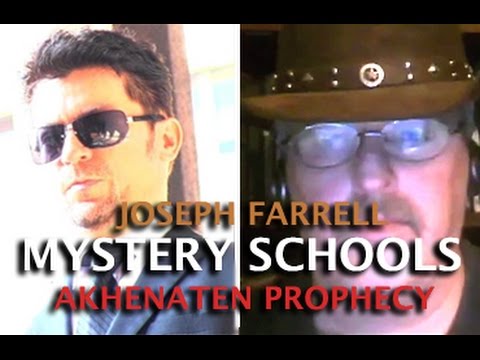 I am not familiar with the Polonium Halos and your friends research. What ways can a Polonium halo be replicated within granite? Intelligent design is rampant all over the earth and in the universe. Perhaps we are overlooking something. Some yogis and native American Indians have said that all things created are living. Even rocks! Perhaps we have overlooked the possibility that various types of granite rock may have been programmed by a creator of intelligent design to exhibit polonium halos when the rock vibrates at a certain frequency or is affected by specific events within the earth to mark the event. Like rings within the tree! We are finding out daily new discoveries of quantum entanglement between living systems within our bodies, the environment and this universe. This is one of the major stumbling blocks Mr. Global and all the Dr. Frankenstein’s fail to understand.

Most of all I love, love, love the way you THINK!!!

“Fingerprints of Creation” is a 33 minute video detailing the evidence of polonium halos that offers compelling evidence the Earth was rapidly formed, but which did not cool over millions of years as taught by most religious denominations, public schools, and especially in geology classes of ‘higher learning’. All that is of course ‘mis-information’, and nothing short of being ‘hogwash’.

Once a Person realizes that ‘learning’ the stuff they ask you to pay for is just ‘make-believe’ stuff, then you will be able to open your ‘inner eyes’, and ‘mind’ to the real evidence. That will begin an unbelievable journey towards real KNOWLEDGE.

Go to the link below if you are daring, and adventuresome — there are additional vids that I trust Dr Gentry, or his sons uploaded somewhere. Otherwise, I have the actual CD’s, but since they were copy-righted they cannot be shared by me unless you wanted to visit where I reside, the location of which is in Paradise.

i tend to believe, that this Earth was twice this big at least, called Tiamat, got halved, got here, got folded/rounded/terraformed into the present one. those million years old 500 miles wide trees just got solved 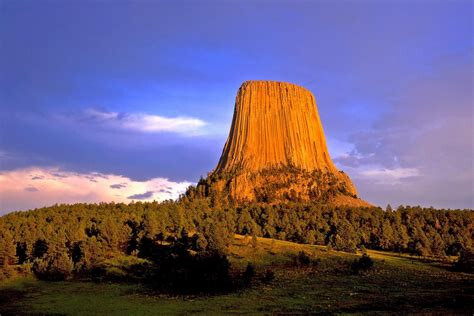 which are said to be ancient trees by the north american traditon
along with the greater boned humanity who got lesser by the day. not to mention Pangea, the Abyss of the lower realms etc. really do not know, but tempting, really tempting.

not to mention the Bible’s story of the creation of the Earth by the Elohim.

Yeah, a subject that helped to bring me into a State of Awakening. Sure, there were more ‘signs’ that helped me, but as I remember back, it was that which came as close to the ‘tipping point’ as one could imagine.

Here, and read, since this will help others to know something, which is the Doctrine of DOUBLE PROCESSION. That doctrine is a MINDBENDER that will have a lot of folks wondering around in circles, and in the Dark for a long while. So, I believe I have some answers based on my research that could shed some light on the DIVSION between the Eastern and the Western churches of Christianity, in other words between the Roman Catholic church, and the Eastern Orthodox church. And, only a few folks will get my meaning by showing where the Divide started.

@nidster
My W. Herschel books have arrived but whatever did you find of worth in them?
Besides promo for oneness, egolessness and the the grand solution of communism with a structure of “the counsel of seven” at the top to steer and keep all peacefull.
Under that heading, verbatim; Each council ought to prioritise mixed multiracial ethnicity, a balance of 4 woman to 3 men since men sadly have little too much war hungry testosteron handicap.

Needles to say I burst out in laughter and had to pause. I will read them ofcourse since I paid way to much money for them but lets just say your reference to youtube presentation by R. Gentry is way more interesting and captivating.

Kalamona it is a petrified tree trunk!! I never saw that before! Amazing. And accordingly, of course, there were giants.

Wish I had a story for my state of awakening more like yours. For me, it was looking at a photograph of the two towers and the buildings around them in NY before their destruction and a few years after the day.

Devil’s Tower, in Wyoming where I grew up, has an Indian legend. A group of squaws were out gathering food and encountered a bear. Since the plains offered no escape, the ground suddenly pushed up to provide safety from the bear. The marks on the tower are claw marks the bear made trying to reach the squaws.
The legend was included in my fourth grade Wyoming history book.

@Bill10558 I lived in Green River Wyo for a time. Had an amazing history teacher who taught me not to believe everything I read and that there is a hidden history that is the true one.

and i heard a native tradition-holder in an interview, who said it is the mother of all trees in 500 miles, and all their roots r intertwined. and been there for million of years.
although i like the bear-tale, if its childish and unbelievable for every thinking being

not a surprise that they spread such things into the American psyche. at all…
and there r more of these. worldwide.

I graduated in 1972. Who was your history teacher, what grade and year?

The school district was very well funded due to the trona mines in the county so they could afford paying top dollars for staff. During my time in the system the Superintendents sought out the best teachers willing to take on living in a somewhat rural area. Those that stayed on seemed to like the environment, both outdoors and the work.

@Bill10558 Don’t remember his name, but he took some time off to teach at one of the Universities. He used to post articles by the door and invite us to take a look on our way out. The articles were always in contrast to what we were learning at the time through the textbook. I always stopped; most of the others just kept going. I would have been a Junior, I think.