Dispensationalists say that King Charles is the Antichrist. And I say

Thanks to the many rants by Dr. Farrell about Dispensationalism, I wrote this piece (in the Italian Nexus Magazine website) about the assertion that according to Biblical prophecy (the then Prince and now King) Charles is the Antichrist. 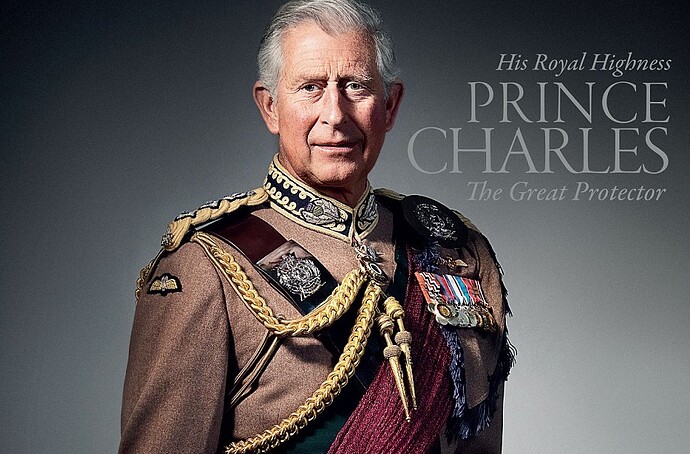 I used Google translate. Great article, Dana. Hal Lindsey, Grant Jeffrey and a host of other Protestant authors made fortunes writing about this and the rapture.

Thanks, this business of the “rapture” is little known over here.

potentially he could be such figure as preliminary luciferian echo of freemasonry (my emphasis) ~ along Camilla cmon, posible only if interpreted like JayD suggest through his strangely fitting arguments about “epochal eschatology” with heliolatric cult i.e. in his opinion there were even other antichrists earlier [1][1] so it can be seen that the false-prophet anathema-to-him will be enlightened from such esoteria, yet Charles being such epitome of evil hm it needs at least to show world peace affinity after hot ww3 if we know that that is one of the marks of the fallen-prophet-anathema-to-him, while in same time if indeed is Charles it need to instigate another greater havoc upon this world like ecunenic’new’christianity, but we still havent seen nothing bad from him in this context, at least nothing officially except visits to various holy orthodox catholic and miaphysite places! hm what dispensionalists would project to him now is more relevant in this context for JoeB as “christian-zionist” [2]

not sure just whether is useful one to stumble at all on prophecies aside The Revelation coz like that by projecting timeframe is loosening instead constantly to be focused on Salvation, yet think as counterargument from OC perspective it need to be also Providence announced by Prophecy so one can point finger with ease! and I’ve never heard about such that will resemble anyhow Charles, unless if he is born in Russia [4][5] and altho he flirted with Orthodox Christianity yet by his neoplatonic academy obviously is far from [5] who knows could nanobots or cloning be used for his longevity or reemergence again east from uK what at the moment will be just ridiculous speculation!?

probably wrong coz without any Blessing for the next kind of reasoning but only by didactive logic brought analogy to me some kind of strange pivot for end times became malachys prophecy recently [6] so think its wrong even in this context to be seen Charles as antichrist!
but again cant say exactly how soon is now or when we would be more close to end, simply as we are warned by Christ Himself Times could be shortened if we Repent … but are we on such path or additionally fueling abominations and postponing the inevitable coz we are now welcomed from side somehow to enter transhumanist oblivion when experimenting with bionic and genetic revolution without any guilt, sadly many coerced on such spin by the m’rna jabs [6][6][6] many just playing with biotech from lucrative reasons, and probably many open for or openly dreaming for homo’silicone reality, while all in dismay by possible ufo disclosure altho we are not worthy for wide public Angelic presence, I do see aliens as Angels [7] unless someone opened door for demons-anathema-to-them, coz only time when such wide public announcement will be allowed to Holy Angels as unraveling to mankind will be in times of imminent grate danger, hm maybe if we reached all Metanoia we would be flattered even before as many Saints were in their earthly lifetime, and indeed even in these times Many Are Called For but not many will reach Heavenly Hights …

Don’t worry about that , Dana. Someday people are going to wake up to the idea that the Bible has been one of the Best Tools in The Controllers toolbox!! Talk about total Mind Control??? If we create what we think about, we will soon be blowing up the world because of the End Times beliefs that are anchored in the religious paradigm!!

Better to look at these times a New Beginning, an era where people do their own thinking & no longer need to be brainwashed!!

the most compelling question about the prophecy in the 4th footnote from the 4th post is till where will stretch Russia after total ww3 circumstances!? there is one protestant medium that claimed the same storming will be across whole Europe [1][1] and if so logically it will land border on East Europe as Slavic Realm … but knowing that the-false-prophet-anathema-to-him would seek to get enthroned in Jerusalem this somehow points to ashkenazi roots, after all “their” eschatology projects such outcome [2][2][2] while also there is messianic’chabad’sect that works on it some say even now as we speak [3][3][3][3][3][3][3] altho on pure abstract projection probably derived as counterpart to Christianity - (Sabbatianism, and Chabad‘s current messianic episode appear to have arisen in response to similar historical events (as described by Shermer, that trigger the oppression-redemption/messiah myth response), albeit that each similar historical event has its own context-specific details, and that all three groups have a Jewish Messiah who projects a ―suffering servant‖, dying and rising messiah template (that appears to have originated at Qumran), which two groups‘ followers, the Sabbatians and Chabad, unlike the early Christians, are on record for noting. [2]) altho if one sees how who financed who obviously its not word for marginal sect [2][2][2] so khazarian zionist is somehow logical figure for antichrist that probably will be some kind of extension of future fallen nwo ideal of the neopagan euroatlantic determinists [3][3] yes the context of this teuton’zionist’theory cant be overlooked as gog vs magog final battle i.e. even Russia will won this phase with greater victories its question how later could control all!? can enlightenment occultist rise again even after next defeat hm never see the possibility for heaven on earth as possible so for sure there will be further turmoils!

Dear pelagon…I am not indifferent to Christianity, I was raised in it!!

My Father was a Baptist Minister & because of my later Missionary Life I was exposed to many different “varieties” of Christianity. My life observations & experiences forced me to examine exactly where this information we have came from…basically, why do we believe what we do & why does it not do what it claims to do?!!

We have no original writings of the Life of Jesus…we accept what other people have decided for us, hundreds of years ago. It matters not what structures of Christianity we accept, they all stem from what others have told us.

So…each person must accept or not, whichever Belief System they feel comfortable with. In the end, it matters NOT what any of us “believe” as we know not what the True Reality IS.

I am speaking from the reality of my over 70 years WITHIN The Christian System!!
All the best to you…we are each on our own Personal Journey & I hope yours has been going well!!

Truth be told, as far as we’re led to believe, we have no original writings regarding most, if not all “religious” dogma/doctrines. It’s argued quite a lot but not provable.

No original Old Testament, Quran, broken tablets that don’t tell the whole story. Book(s) of ??? which might or might not be provable.

There are Christian denominations who claim to have formed shortly after Jesus’ time, therefore, they are “closest” to the truth. Maybe, maybe not.

One has to ask where the originals of anything are? We feel certain in our souls that humanity has been here well over 2K years. Where’s the documentation?

Not speaking out against belief of any kind, just hoping people will be a bit easier on making claims.

@Morrisville I cant act apologist of Orthodox Christianity in comparison to the rest denomination, simply I am not theologian at least havent read their theologian thesis, but think Jay Dyer in this respect has good know-how as ex-protestant who firmly claims why the rest denominations are ineffective, I really admire his comparative knowledge … try it its free [1]

@ebmason we are going too offtopic like this maybe new thread about Orthodox Christianity can be more suitable for debate, I just know that Christ was accepted by gentials so logically The Bible will spread in koine than hebrew and as such even more logical to survive, aside that nor even one from all Holy Fathers have disputed anyhow The Bible yet what They saw with their Spiritual Eyes is hard to be understood by our didactic mind which always will find or seek for excuse to disprove even itself, one similar arguing but from geographic skepticism as coverup by “the church” is about Palestine being in South Africa instead Middle East [2] and how is glued think that can easily throw in dismay all that are not fortified in The Christian Faith simply to question its existence as Church Living in Truth, and one can find various defocusing spins so people will loosen and not focus on Salvation as ultimate goal in our life on this world The Chance for reaching back to our Blissful State even more being welcomed even for The Most Higher Position The Heavenly Kingdom …

yes its really hard to understand Theology with brain, You need to reach it with Nous (Mind) through prayerful practice and after dive in reading … luckily as ex-pagan I’ve become reborn Christian not coz theory but trough praxis ~ also have luck not get in any cult so as independent astral explorer got chance to see how demons-anathema-to-them are trying to chain me, what after continual struggle I’ve succeed not to kneel once turned my heart to Jesus Christ for help altho till then tried other means but it was useless, so now when I have chance I am witnessing about this i.e. avoid the astral realm by all means when tempted anyhow name it halucinogenic drugs or lucid dreaming even meditation [3] So be clever and focus on True Freedom Feats as Christianity teach gives and share …

@ebmason we are going too offtopic like this maybe new thread about Orthodox Christianity can be more suitable for debate,

Well BRANDOLINO, you’ll just have to deal with it! LOL!
Not anywhere near as “off-topic” (or, just ‘off’) as 99% of your posts.

I dont get this is second time labeling me brandolino, as I am anyhow like him, style, behavior, anything, ask JFP for the IP if you want, but using again and again wrong adhom slip for what so would say no lets go further offtopic think is useless …

Well written, argued, and put together!

Still; I can’t stand him and his boss Cruella.
An empty suit full, w/strings attached.
A puppet Antichrist?[at best]

The initials are JPF, not JFP!

You’re so full of it, Brandolino & I say as I please.
BYE!

@Morrisville
Big and small amendments, changing up chapters, scrapping chapters and bad interpretation isn’t the fault of the Holy Book!

I would look more at people’s hearts that seem easily tweaked these days with whatever method, seringe anyone!

I can’t figure out why obtaining a correct translation of key words in the O.T. is wrong??? How many years ago was our copy of the O.T. codified & who is to say it was a “correct” translation or not??? I would say Vat. Translator, Mauro Biglino has done a cracking job at giving us a scholar’s honest opinion. Until you have looked at his work, there is nothing more to be said. Blessings on you!! 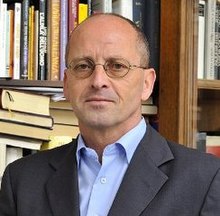 Mauro Biglino (born 13 September 1950) is an Italian author, essayist, and translator. Much of his work focuses on the theories concerning the Bible and church history, including conspiracy theories, ufology, and the pseudoscientific hypothesis of ancient astronauts. As he himself declared, his theories are mostly based on the literary works of fringe theorists Erich von Däniken and Zecharia Sitchin. Biglino has also been involved in producing Italian interlinear editions of the Twelve M He wro...

As he himself declared, his theories are mostly based on the literary works of fringe theorists Erich von Däniken and [Zecharia Sitchin]

Could it be a regurgitation of the same old Gnostic story ad infinitum?