While Washington insiders promise he’s dying from cancer, others say it’s parkinsons, etc. Now I worked in healthcare 15 years, and much like why college doesn’t work, those on the field pick things up faster than corporate doctors and nurses being paid more to pass medicine, hook up IV bags, and certain other technical stuff aides or assistants can’t do cuz of bureaucracy. My opinion, it’s not cancer or Parkinsons. My theory is alcoholism. Recent. I’m guessing he was an occasional drinker, and got hot and heavy since the Viden administration. Now I know it’s on the record he despises alcohol, but show me a Russian that really does. Often addicts originally have hated substances they’ve come to adore in hard times. Hitler in trouble started to let his officers smoke and in the later years started to imbibe in drugs he considered lowly, and for subhuman. We all see how Pervutin went with his supposedly cultured population despite all the anti drug propaganda he pumped out. Like Lenin says, “Decades pass with nothing, and weeks pass with Decades.” I’m hinging my bets on alcohol, but in no way believe this is a desperate losing man, but more contemplating what his legacy will be post war. Cuz I firmly believe we are in war. That’s My opinion, what would you diagnose Putin with? Body Double, CGI? What’s your theory?

Prednisone can cause “moon face” puffy round

For me the “puffy” faces are quackcine tell-tales.
Of course; I see, what I want to see.
Leaders that promote quakcines; all show-off their puffed-out-faces - not chests.
It’s a quackcine thing.

i do not know where i read it and when. but Putin gave an interview on quackcines and told that the military won’t be fully vaxxed, since its still an experimental ‘drug’.
i do not think he took the vax. recent drinking seems more plausible.
one more thing. puffy face is water-retainment and may point to unsufficient kidney-‘work’.

I would prefer your reality.
Mine is really based on his daughter’s publicized taking of the quackcine.
These “PR” injections could be saline solutions to satisfy the “public” persona of “safety”.
There is a real biological war in our midst.
So “who” knows the reality of that ongoing “war”?
[No, the WHO is clueless; just a WEF shill of international storage, for medical publicized garbage.

Putin is a master spy and illusionist. A real make-believe.
Whether it was PR to the public or to the WEF, God knows.
I am quite sure that he knows whats in the quackcines and would not give it to his daughter.
One possible scenario is like ‘Ok boys, u see, i am fooling the public, according to our (WEF) plans.’, as all the european leaders did, and on the side it was a cover for the impending clash.
Besides u do not need to tell me about WHO just take a look at the bio of its head. A terrorist-leftist who became a health minister on political grounds, then gave two famines to ‘his’ people.

this is interesting fellas

they demanded sputnik-vaccine QR code from him. the double jabbed pfizer was not good enough. this is a real rabbit-hole.
what do u think of it? 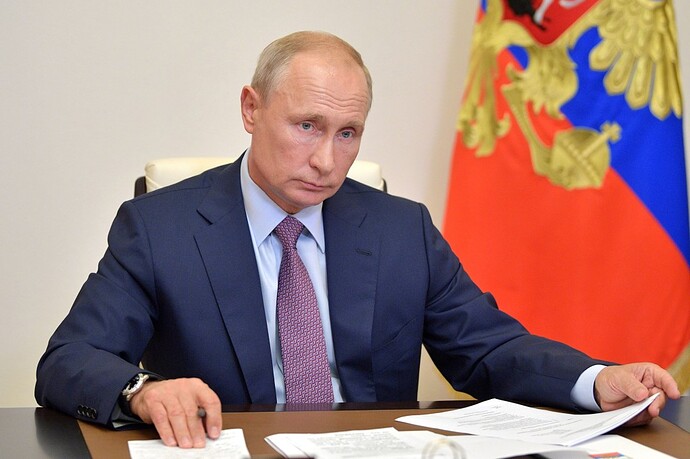 Russian leader Vladimir Putin will not be taking the country’s newly developed coronavirus vaccine, the Kremlin announced Tuesday — even though health officials declared the shot was more tha…

thats the guy… and this as well:

and i am sorry, but it is an informative thing, that Russia - as a state - does not do compulsory vax: 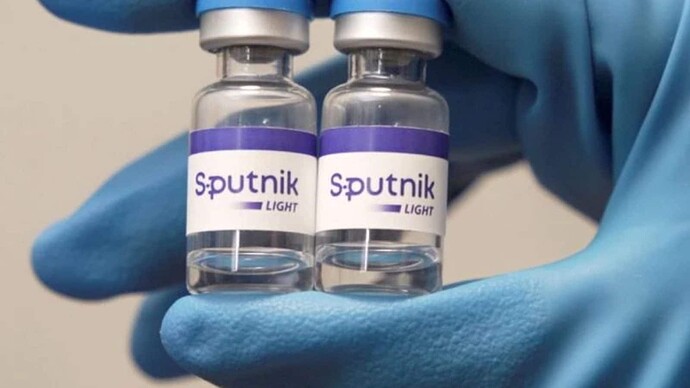 Alexander Gintsburg said the pandemic will only come under control in Russia when "70-75 percent" of the country is fully vaccinated.

It looks like a bad picture taken on purpose, or pics doctored to further twist peoples perception.
Yeah, I know it’s a boring theory, but I think it’s Occam’s Razor time. Remember Wag The Dog!

do not forget, Putin is a master of illusions. its carved in his horoscope with blood.

Therefore he has puffy-faced pictures taken of him on purpose?

I got too touch on this. Look I can’t digest everything I’ve heard cuz it’s too much. So if I get this wrong, please clarify sum1. I heard he was in Beijing for the Olympics. I could be wrong. I hope there are Russians on this platform that can correct me cuz now we’re further divided by the cult. But I do know that absolutely yes, steroids can cause this. It’s too recent it has to be acute. He is also distancing himself. Weird thing is it’s confirmed by our own gov. Hemmoragheic fever was studied in Ukraine. I’m not the one to say oh it’s China, but one of the first things Putin did was secure those biolabs and nuclear reactor sites. The media like reactors can’t enrich uranium. Who are they talking to. Truth is, people have enriched uranium in their basements without a reactor. It’s so phony. But ya, I’m switching my mind to from alcoholism to steroids myself.

Could be, but then it lends credibility to the body double theory. I don’t buy it cuz his approval rating to high and he’s not as guarded as Biden with the greenscreens. IMHO. He’s not a man living in fear though all have COG. Bush didn’t want to be swept into the bunker during 9/11. Prolly cuz it was an inside job. But his approval ratings in the US were similar to Putins. So why would Putin have to disguise anything? I’m not a Russia going to save the world, but I’m starting to divorce myself from Putin doing doubles and stuff Saddham did. Plus doctored photos so easy, even the times won’t publish a story outside an opinion piece with forensic photographers on hand.

Nano bots being activated when he talks on the cell phone

Its all the Nano bots

@GreenMountainHB Its probably not him. I’m thinking its a “double”, a look alike.

u’d be surprised on ‘perception management’ in the art of war.
i do not say he did it, but i do say he surely could have. big difference.
u know the crying girls who r running away the big bad wolf, when the wolf slows down and starts to cough… …one of the them pities him.
whataever kind of public perception they want to manage, they do it.
take a look - if u can - on the ukraine war-‘theater’. everything goes. 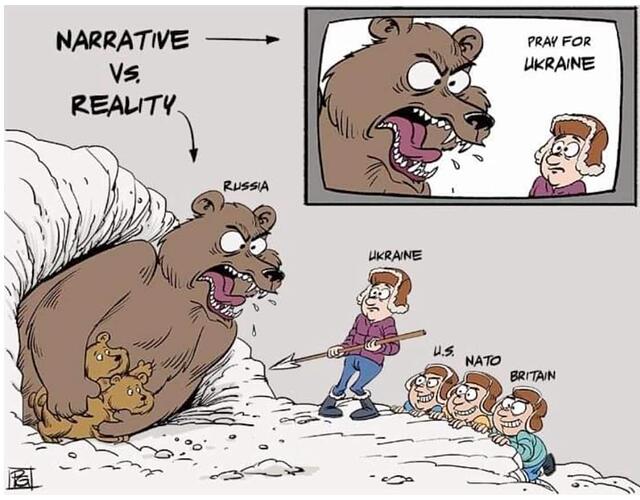